One of the saddest stories of the offseason has involved Arkansas State coach Blake Anderson and his wife, Wendy, who is battling stage 4 breast cancer.

It doesn’t seem that fight is over yet, as Arkansas State announced on Monday that Anderson was taking a leave of absence to spend time with his wife as she continues to battle.

Per a release from Vice Chancellor for Intercollegiate Athletics Terry Mohajir, DC David Duggan will serve as the interim head coach: 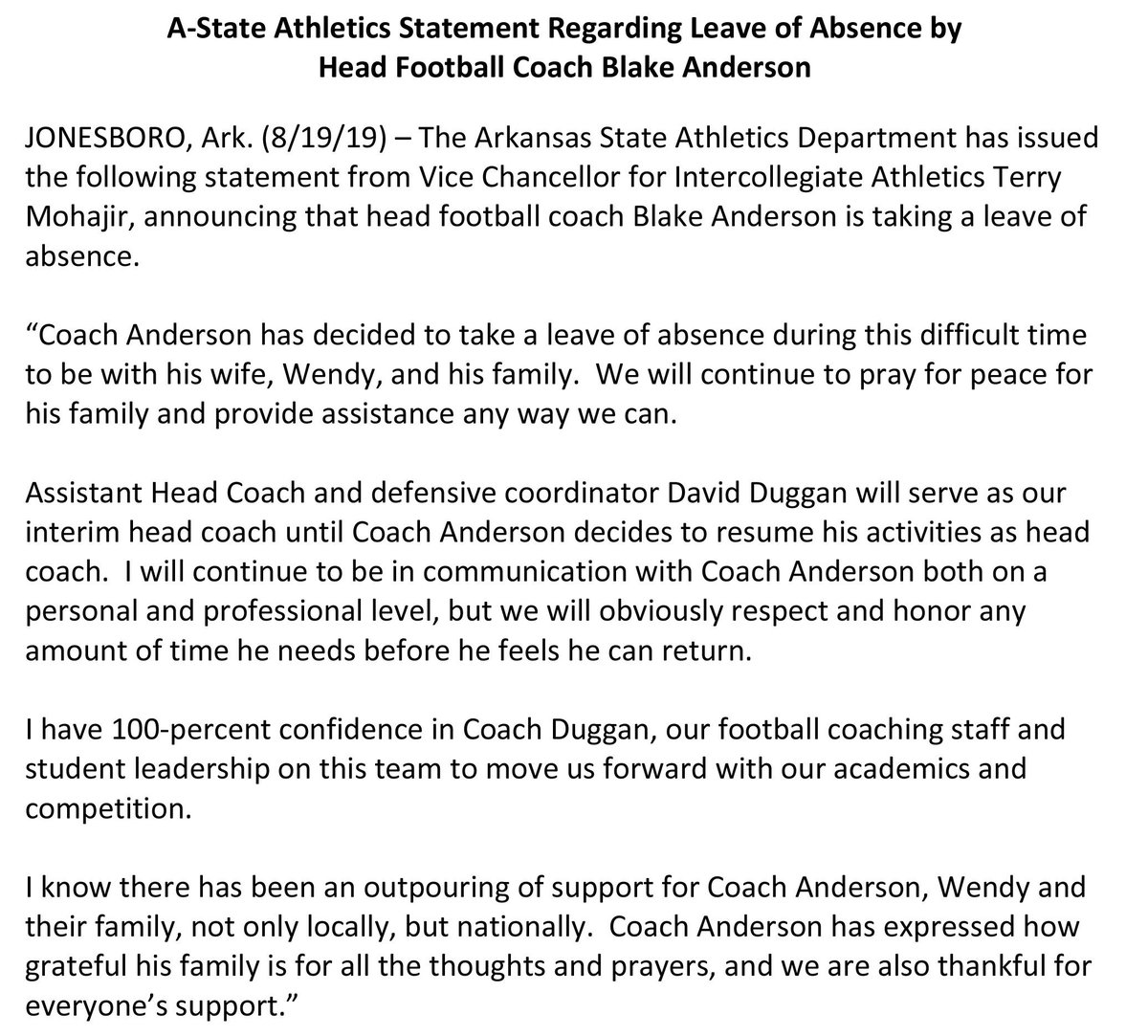 There’s no timetable for Anderson’s return, but hopefully he returns with good news about Wendy.

For now, Duggan will run things with the football team. Anderson should take his time returning, as there are some things more important than football.