Buffalo QB Tyree Jackson decides not to transfer, will enter 2019 NFL Draft instead

Buffalo QB Tyree Jackson had an outstanding season, leading the Bulls to a 10-4 record and a loss to Troy in the Dollar General Bowl.

However, following the season, Jackson announced he was looking to transfer somewhere else for his final season. Now it appears he’s changed his mind on that, too.

Per a post on his Instagram page, Jackson will instead declare for the 2019 NFL Draft and try his hand in the pros:

Tyree Jackson has decided to forego his senior season and enter the 2019 #NFLDraft according to his Instagram. Jackson is the reigning @MACSports POY and led the @UBFootball team to its first ever 10-win season and just it’s 3rd ever bowl game. #UBhornsUP pic.twitter.com/HoOQoCIKkx 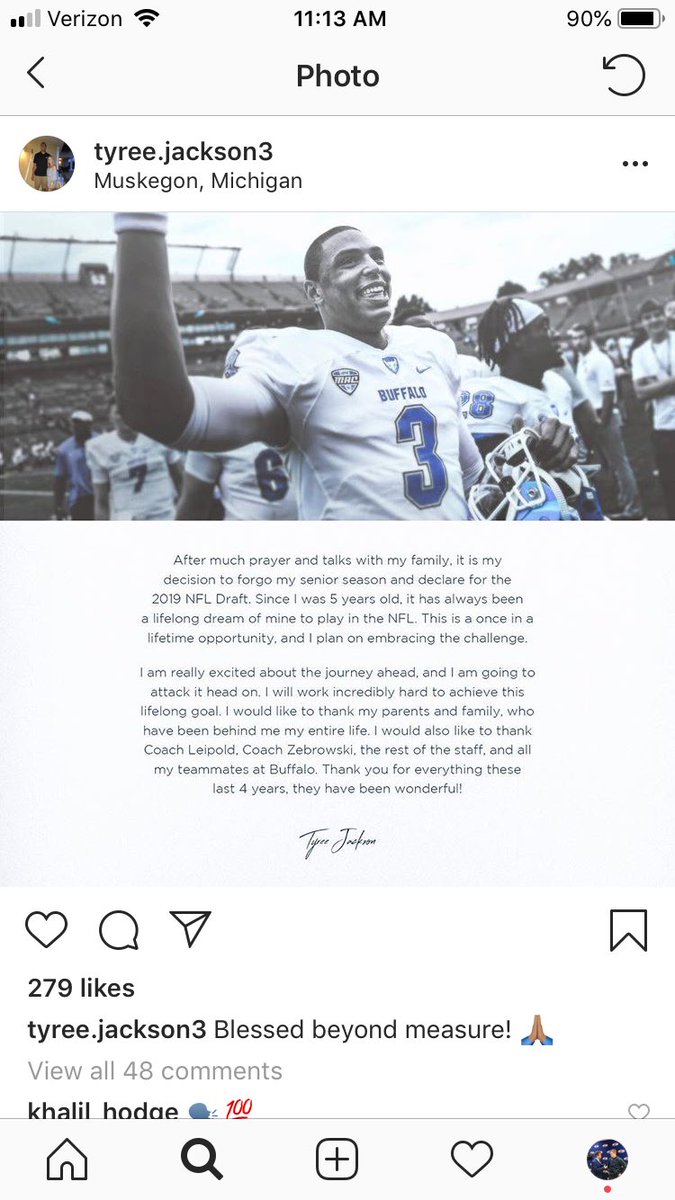 What options Jackson had for transfers is unknown, but clearly he felt heading to the NFL Draft was his best choice.

Where he gets drafted, if at all, is going to be interesting to see, as Jackson likely needed another year in school to impress NFL scouts.