Just ate a bag of skittles, but had to avoid the orange and purple ones. Those go in the trash #ClemsonHateWeek

Woke up and I still hate Clemson.. #ClemsonHateWeek

We both had on a look that said, "if we weren't in an airport I would punch you in the throat." Gotta love it. #ClemsonHateWeek

#ClemsonHateWeek isn't that every week?

B4 you Clemson fans complain about USC fans being insufferable on FB, just remember how obnoxious you were on MySpace the last time you won.

Remember that season when Clemson won more games in Williams-Brice Stadium than South Carolina did. #USCHateWeek 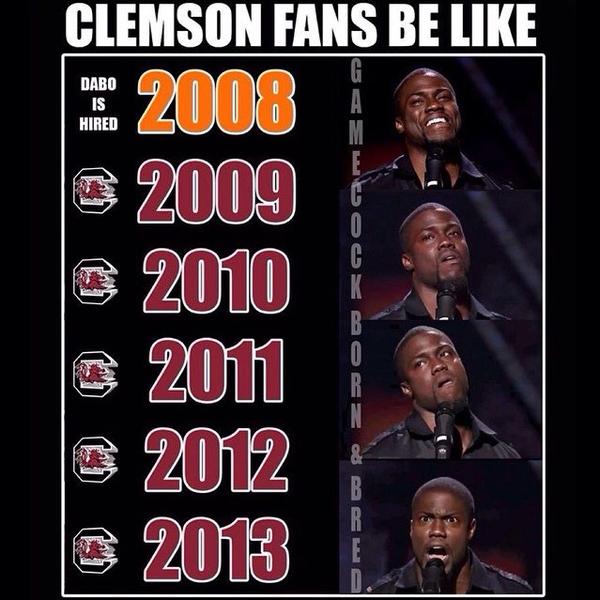 Mack Dalton
Worked for the internet in Los Angeles before being lured back to Florida by SEC football and the promise of a bourbon bar. When he's not internetting or watching football, he's probably out giving himself 4-footers on the golf course.
RECENT ARTICLES
SEC
Kirk Herbstreit suggests college athletes could eventually get share of TV money
SEC
My All-Bang The Drum Team for 2022: 1 player I'll lead the bandwagon for on each SEC team
SEC
Robert Billings, 2023 safety out of Georgia, includes 2 SEC schools in top 8
SEC
Dee Crayton, 4-star 2023 Georgia LB, lists 2 SEC schools in top 5