Dan Mullen will be part of ESPN’s studio coverage for another loaded college football Saturday. On Friday, Mullen shared his picks for some of the biggest games of the Week 11 slate, including Friday’s East Carolina-Cincinnati contest.

In the SEC, Mullen likes No. 9 Alabama to bounce back with a road win over No. 11 Ole Miss. The Crimson Tide is a double-digit favorite in the 3:30 p.m. ET “SEC on CBS” showcase game.

The SEC West rivalry clash is 1 of 8 games picked by the former SEC head coach.

Mullen has No. 4 TCU dropping its first game of the 2022 season. The Horned Frogs are on the road at No. 18 Texas. The Longhorns have lost 3 games this season, but Steve Sarkisian’s squad is favored by more than a touchdown against undefeated TCU.

In the College Football Playoff hunt, Mullen likes No. 6 Oregon to pick up a home win over No. 25 Washington. 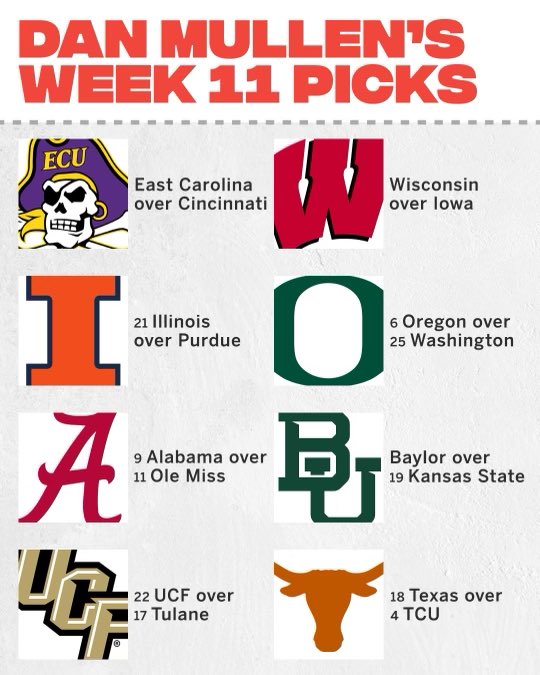