The mudslinging between the Big 12 and ESPN continued on Thursday as the sports giant has responded to claims from conference commissioner Bob Bowlsby.

If you missed it on Wednesday, Bowlsby issued a “cease and desist” letter to ESPN claiming the network was conspiring to merge the AAC with the remaining eight members of the Big 12.

Here is a sampling of the letter Bowlsby sent to ESPN:

One day later, ESPN has issued the following response claiming any allegations made by Bowlsby are “entirely without merit” and claims the network “engaged in no wrongful contact” with Big 12 members.

You can read ESPN’s full response below: 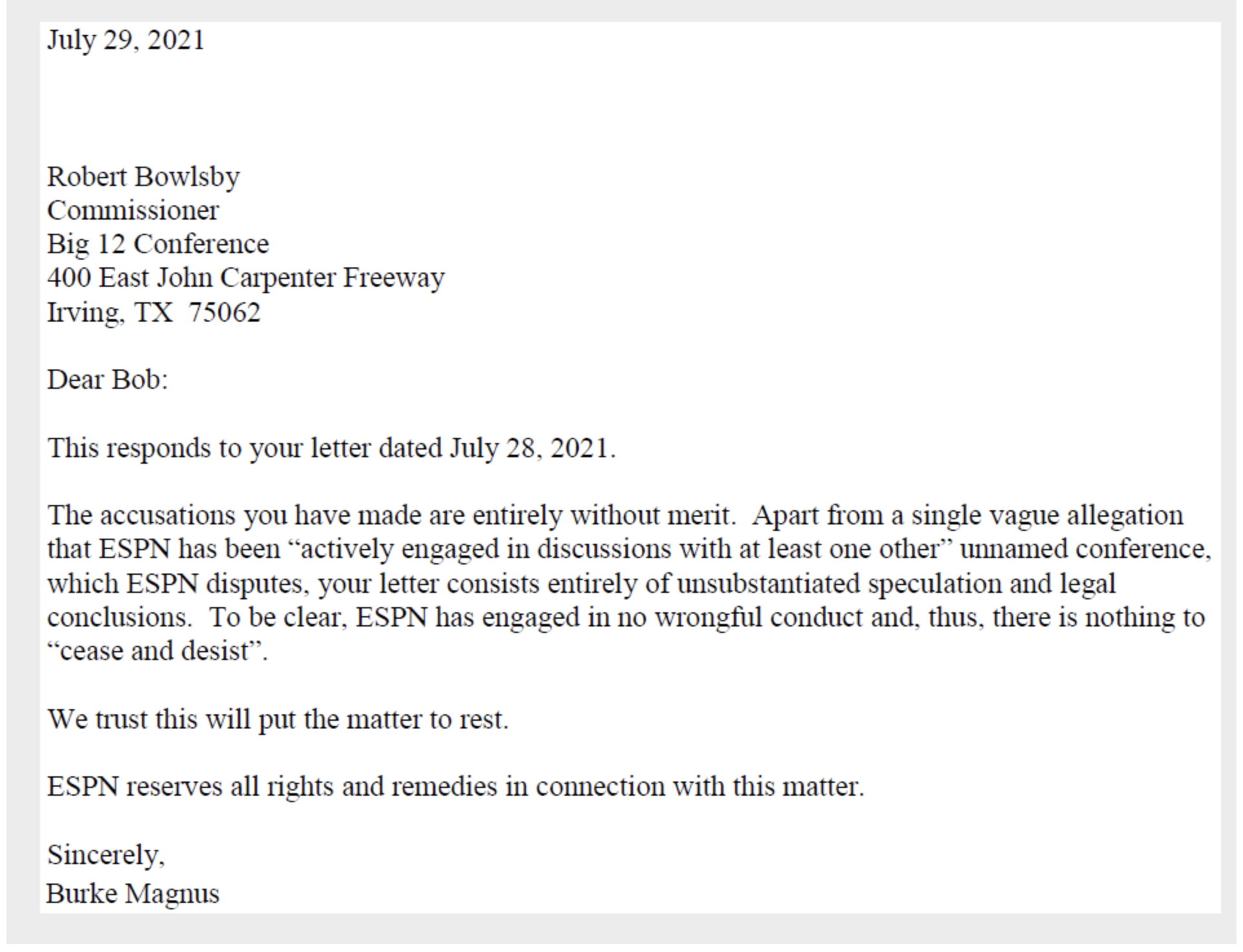