How far is your team from making the SEC Championship Game?

Saturday afternoon, Auburn and Georgia do battle for the SEC title in Atlanta, the destination every league team dreams of reaching. But while those two teams will be there, the other dozen SEC squads are pondering how far from Atlanta they are.

We’ll break it down into three categories: 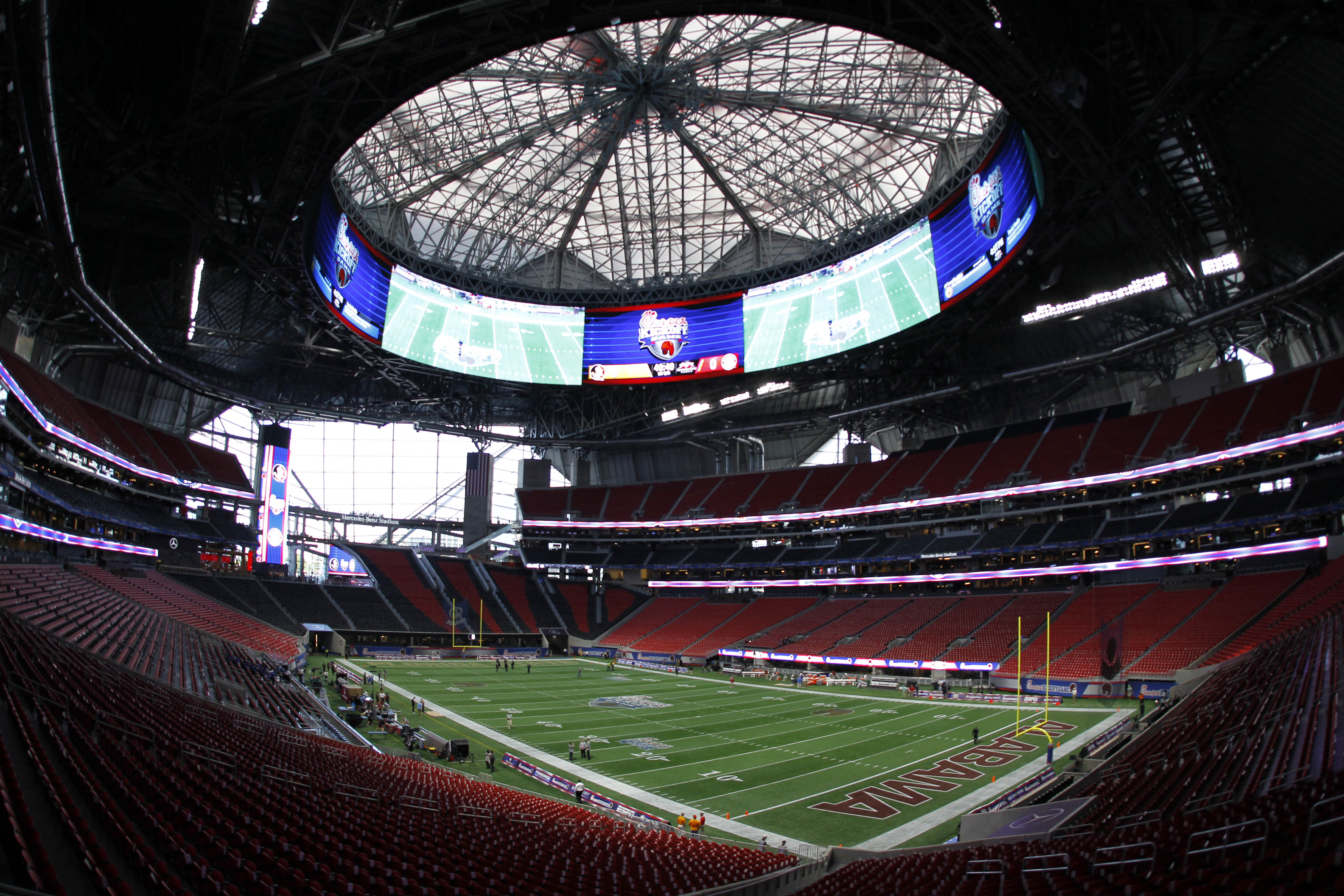 Alabama: Obviously, Alabama not being in this game feels odd. The Tide aren’t there because of some depth issues and because of poor special teams play. Bama ends the regular season 7th in the SEC in punting, 9th in field goal accuracy and 11th in punt returns. The Tide need more experience for their backups and have to start taking special teams seriously. The path is certainly there.

LSU: The Tigers’ defense improved as the year went on, but the offense was still spotty. For one thing, the Tigers were last in the SEC in red zone scoring percentage. For another, while the passing game was better than it had been, it still has a ways to go. If the Tigers can replace Derrius Guice (and they always seem to have another great back), sling the ball around a little better, and punch the ball in from the red zone, they could punch an Atlanta ticket sooner than many think.

Florida: From 4-7 to Atlanta? Well, in case you didn’t notice, there’s a new sheriff in town, and Dan Mullen instantly gives this offense credibility. Defensively, Florida ended up in the middle of the pack despite playing with a historically bad offense. Georgia loses a ton of talent, and Florida could leap-frog Carolina and return to the SEC title game sooner rather than later.

Mississippi State: Can Joe Moorhead keep things moving forward? Well, what’s working against him is that State’s losses to Georgia and Auburn were absolute thumpings. It’s not like one play here or there swings a 30-point game. State needs some playmakers and some more strength in its defensive line to stay competitive with the league’s best teams. It’s possible, but plenty of work is needed.

South Carolina: The Gamecocks finished second in the East, so they’re a likely beneficiary of some fall-back from UGA. The biggest question for Carolina is can it find enough offensive playmakers to both establish a significantly better running game and give Jake Bentley some big-play targets through the air. The defense is steady enough to hang with anybody. If the Gamecocks add some punch, they could be prime for a run, likely in 2019, when Bentley will be a senior.

Texas A&M: This is assuming Jimbo Fisher is coming to town. Fisher could provide the recruiting upgrade and steady hand that moves this from a long, long way out to a couple of productive years away from Atlanta. The problem is that it’s not very clear what he hangs his hat on. A&M’s ground game last year was much more robust, but its QB shuffle continued. The defense was okay, but rarely better than okay. Even Jimbo will have his work cut out, but maybe in a couple seasons …

Waddling into the weekend like…🐧 | Photo by @vlagios in Antarctica pic.twitter.com/nFsYEtB6jP

Kentucky: Consecutive 4-4 seasons in the SEC gives the Wildcats hope, but as the games with Mississippi State and Georgia demonstrated, Kentucky is still a couple of recruiting classes shy of being able to compete with a quality SEC foe. If the Wildcats can continue to progress to eight or nine wins in a season, they could make the leap. The problem is that they haven’t won nine games in a regular season since 1977. The future is brighter than usual for Kentucky, but there are still some issues, especially defensively, where Mark Stoops’ expertise isn’t really showing up.

Missouri: The Tigers have been in Atlanta fairly recently, but that was back when Gary Pinkel’s defense led the way. Of course, the passing game has been evolving over the past couple seasons, but Drew Lock may take his talents elsewhere for next season, which would cause a reboot there. But if the Tigers can keep some of the offensive momentum and add a defense to it, maybe they’ll make it back to Atlanta … in the life of the next recruiting class or two anyway.

Ole Miss: That offense is fun to watch, but Matt Luke has to move that defense from 13th in the SEC to maybe the top four to have a shot at Atlanta. Only Tennessee got gashed worse than the Rebels did in run defense, and if you can’t stop the run, you can’t think about Atlanta, particularly if you’re in the West. There is a solid foundation here, but Luke needs time to put his own stamp on the program. Lots of time.

Arkansas: The climb up the West ladder starts at the bottom. The Razorbacks will probably be better than UT or Vandy, but we’re talking about overcoming Auburn and Bama. It’ll be interesting to see how their current personnel are adapted to the new coach’s scheme. But however successful, they’re at least a couple years away, and probably more like 4-5 from having a legitimate shot at Atlanta.

Vanderbilt: For a couple of glorious seasons, Vanderbilt rose above this level. But now, with a 5-7 season behind the Commodores and all-time leading rusher Ralph Webb finished with his college career, there’s not a ton of reason for optimism in Nashville. Kyle Shurmur is back, but with little running game or protection, he’ll be running for his life early and often. The defense really struggled after the first couple of games, and Derek Mason has to start by shoring that up.

Tennessee: Whoever ends up coaching this team, it will still be a long, long way out from Atlanta. There was no aspect to UT’s squad that played at a championship level. It’s not like a player here and a coaching upgrade there will change mice to horses or a pumpkin to a carriage. It’s going to take time — and more competence than we’ve seen from the athletic department so far.