It was reported Tuesday morning that a number of NCAA basketball coaches have been charged by the FBI in a corruption scheme.

Details are still coming out, but four coaches have been charged: Lamont Evans of Oklahoma State, Chuck Person of Auburn, Emanuel Richardson of Arizona, and Tony Bland of Southern California. Some of the allegations against the coaches include bribery and fraud scheme.

A press conference is expected at 12 pm EST Tuesday with more details on the case, but it is not a good look for these coaches and institutions.

Tom Winter with NBC News shared the report on Twitter:

BREAKING: Lamont Evans of Oklahoma State and Chuck Person of Auburn University are two of the coaches charged in corruption scheme.

BREAKING MORE: Emanuel Richardson of Arizona is also a coach who has been charged in the corruption scheme according to court docs.

MORE: The fourth coach charged in the scheme announced by the U.S. Attorney's office is Tony Bland of USC

USA TODAY’s Dan Wolken shared a screenshot of some of the charges on Twitter: 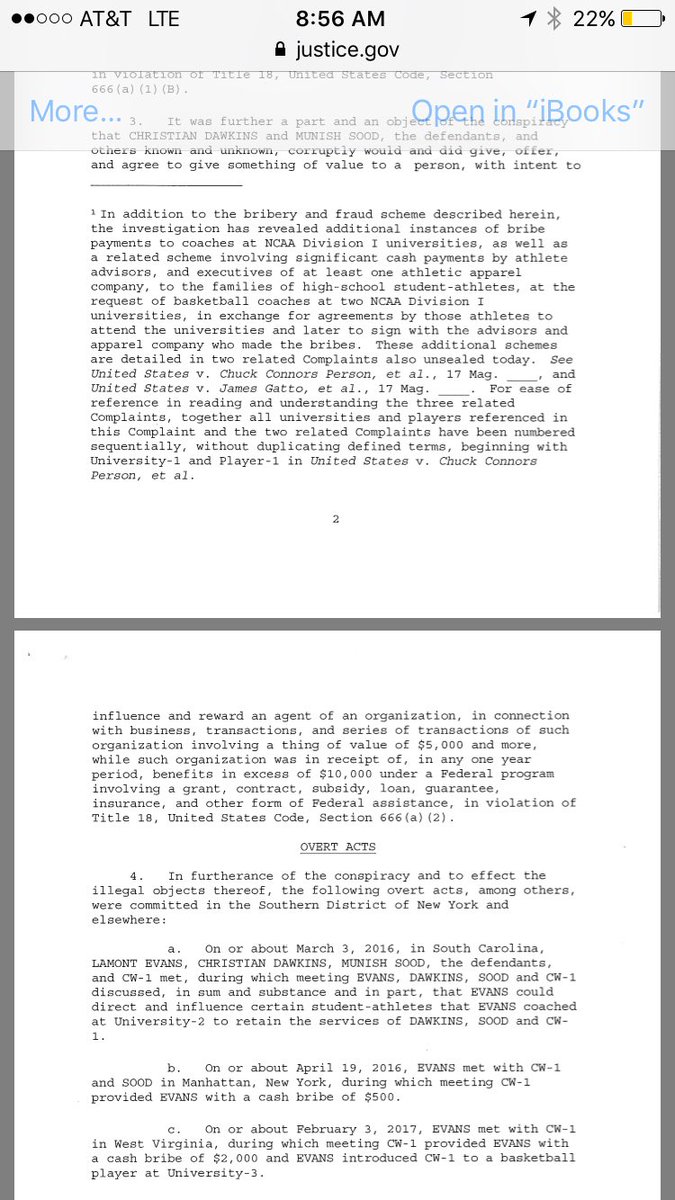 Person was hired by head coach Bruce Pearl in April, 2014. He serves as Auburn’s associate head coach and is considered a top recruiter.