For the past two years, Louisville QB Lamar Jackson has been one of the most exciting players to watch in all of college football.

The 2016 Heisman Trophy winner can torch defenses with his arm and his legs, and is nearly impossible to defend.

However, college fans won’t get to see him in Louisville in 2018, as he decided to declare for the 2018 NFL Draft on Friday morning, as you can see in the tweet below: 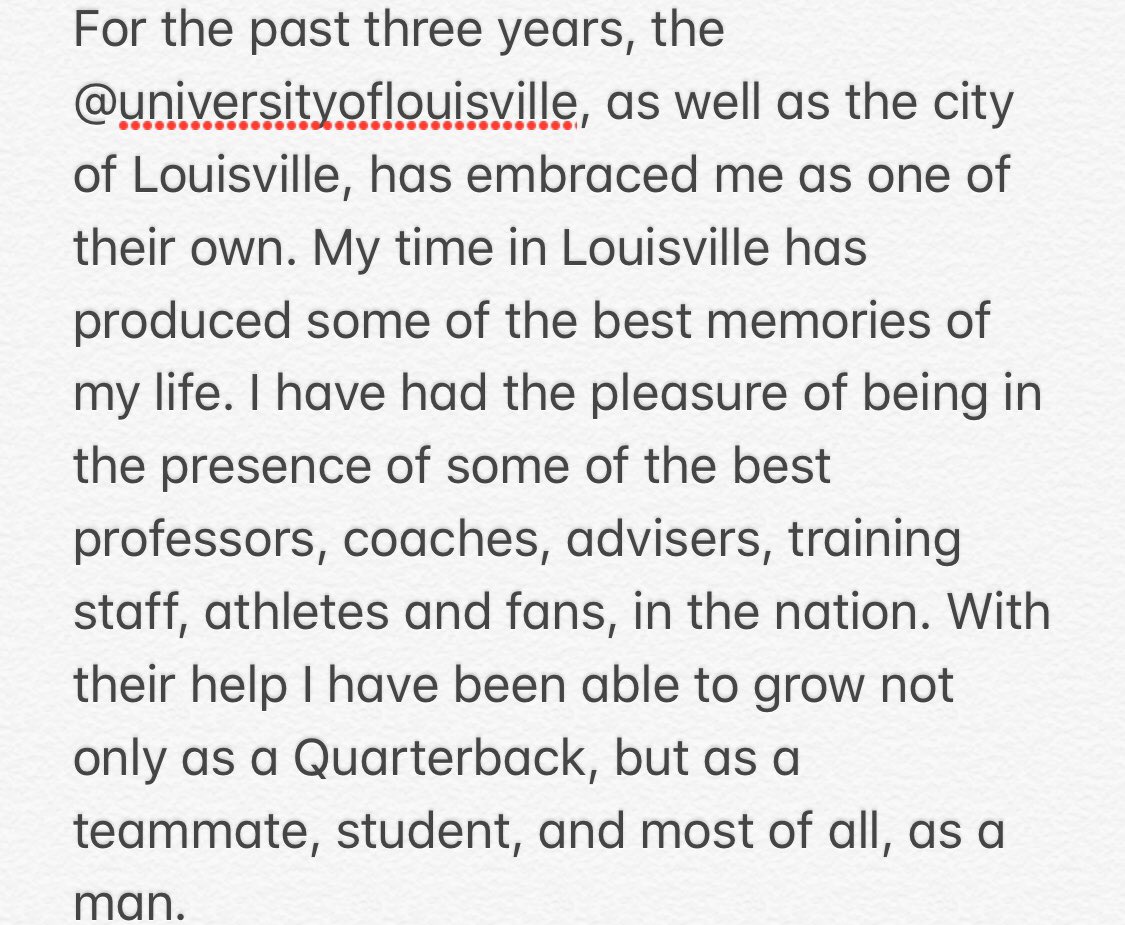 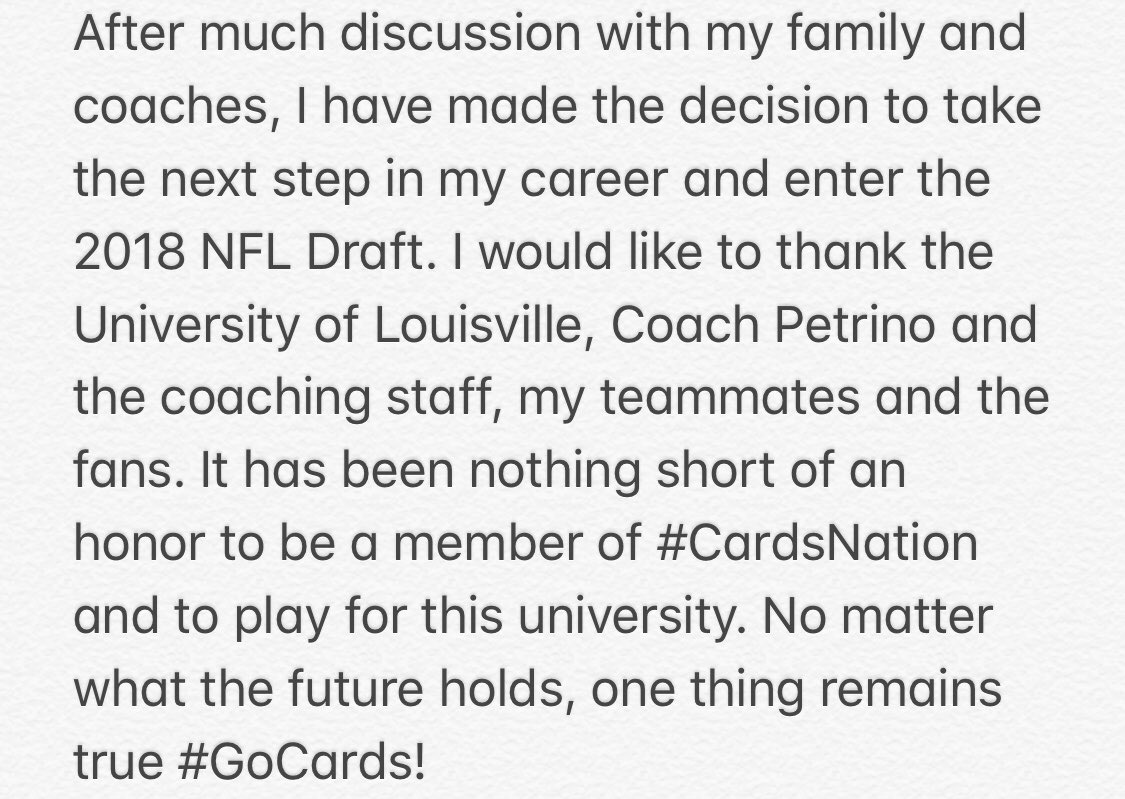 Jackson’s final college game — a TaxSlayer Bowl loss to the Mississippi State Bulldogs — was one of his worst, as he tossed a career-high four interceptions.

However, in his three years with the Cardinals, Jackson was amazing, throwing for 9,043 yards and 69 touchdowns and adding 4,132 yards and 50 scores on the ground.

He’ll be missed in college football next year, but it’ll be fun to see how he fares as a pro.