Good news for college football fans on Friday as the official lineup for “Bowl Season” was just announced.

The lineup features 37 bowl games this postseason starting on Dec. 19. Nearly every bowl game is set to be broadcast by ESPN with just two of the 37 games set to be featured by CBS.

Matchups for these bowl games will be announced at a later date.

Here is the complete schedule for all 37 bowl games set to take place this postseason: 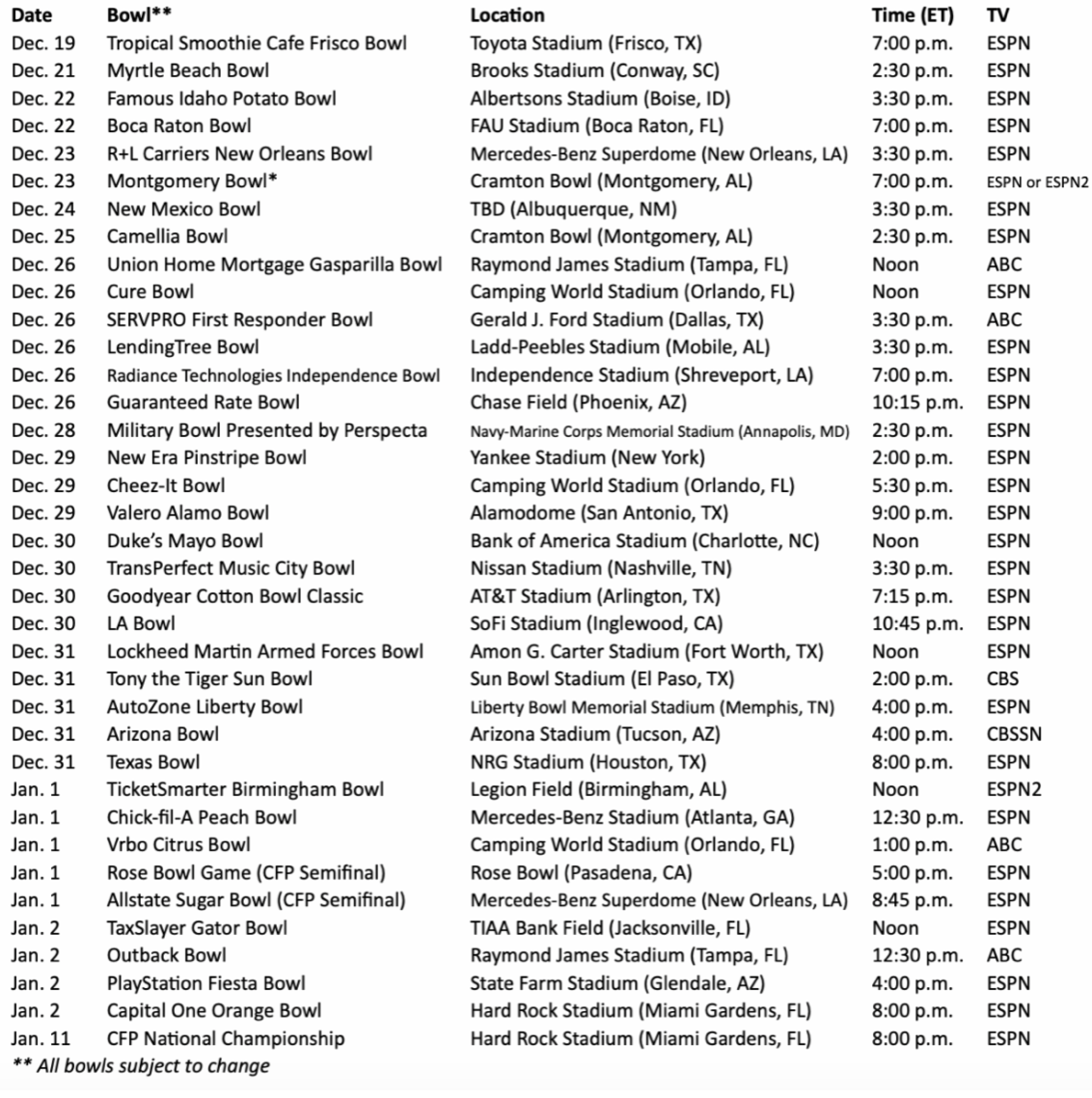