The Supreme Court doesn’t agree on much these days. But, in a 9-0 decision on Monday, the court unanimously ruled against the NCAA on the Alston case.

Justice Brett Kavanaugh wrote that the NCAA is not above the law: 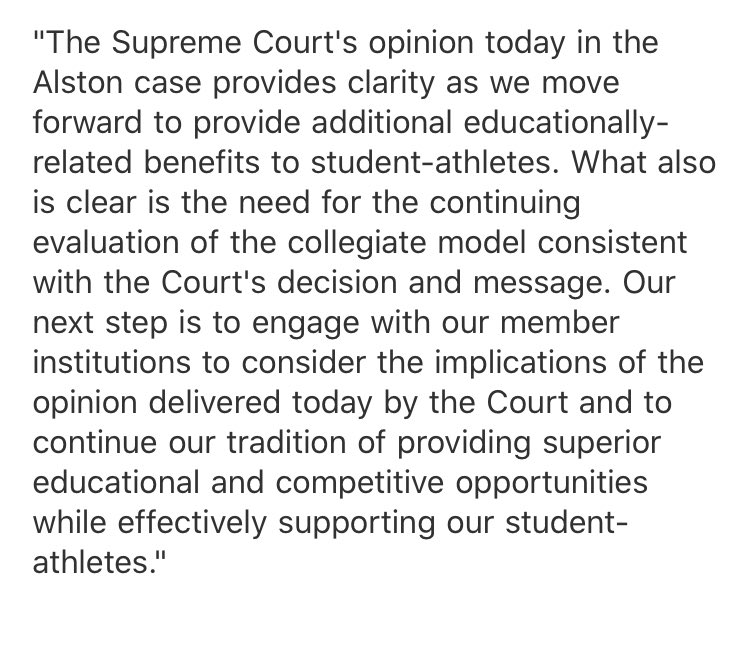 What the next step is remains to be seen, but this seems to be a strong message to the NCAA. The time of preventing players from making money is quickly coming to an end.