Joe Lunardi is ESPN’s bracketology expert, and his projections have fans of several SEC teams sweating these days.

As things stand entering Wednesday night’s games, Lunardi has a bubble made up of almost entirely SEC teams.

In his daily update, Lunardi has Mississippi State and Florida as his last 2 teams in the field of 68 teams and Texas A&M and Arkansas as his first 2 teams out.

Mississippi State and Florida square off on Wednesday night in a battle of bubble teams. Meanwhile, Texas A&M hosts Kentucky, Alabama hosts LSU and Auburn hosts Georgia. Lunardi breaks down the implications of all those games: 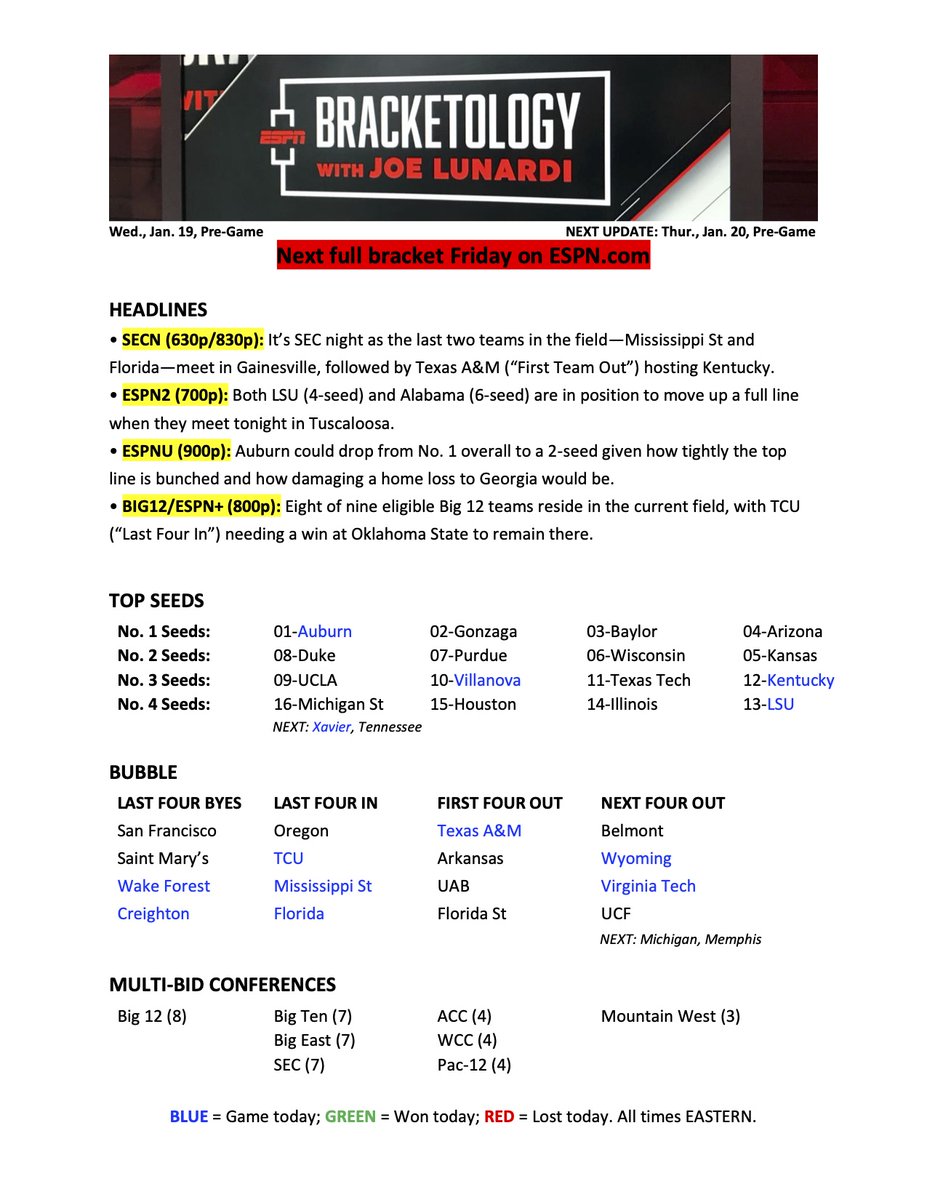 The action starts at 6:30 p.m. Eastern time on Wednesday night. It should be an exciting night of men’s basketball.

Adam Spencer
A 2012 graduate of the University of Missouri, Adam now covers all 14 SEC football teams. He is the news editor at Saturday Down South. Find him on Twitter @AdamSpencer4.
RECENT ARTICLES
SEC
SEC-only Playoff? Greg Sankey admits conference is considering a 'range of possibilities'
SEC
Jeremiah Cobb, 4-star RB in class of 2023, names 4 SEC teams among top 6
SEC
SEC lands 9 teams in SP+ top 25 rankings, including 3 with most returning production
SEC
First and 10: Nick Saban knows the end is near ... and he's lashing out