The upcoming season of Netflix’s junior college football documentary show “Last Chance U” was already expected to be interesting as the program selected to be featured on the show for a second consecutive season, Independence Community College, struggled to a 2-8 record on the field and featured head coach Jason Brown being kicked out of a game and getting suspended for another midseason.

Now we’ve got some new drama from Brown and Independence Community College that doesn’t appear to have anything to do with the upcoming season of the show but does involve members of the school’s football program.

According to KGGF News Radio, Brown had an interesting exchange with a German student of Independence CC. Here is what the Indy coach allegedly texted the player:

Brown is clearly not a big fan of punctuation.

The coach also threatens to cut and remove the player’s scholarship in the exchange below.

Here is the text exchange shared by KGGF News Radio: 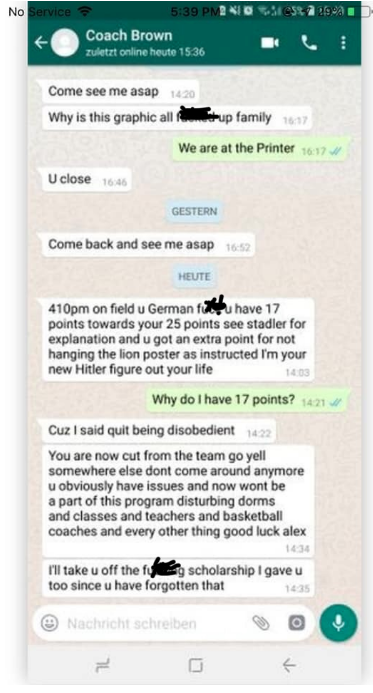