The Pac-12 has officially released the league’s 2020 conference-only football schedule and they went in a very interesting schedule to start things off.

Instead of waiting and putting rivalries at the back end of the schedule, the Pac-12 made the decision to put some marquee games front and center during the league’s Sept. 26 season opener.

USC and UCLA, Arizona and Arizona State, as well as Washington and Stanford are set to meet during the first weekend of the season.

The conference staggered bye weeks in the middle of the schedule, as well as left an open week at the tail end of the season — both decisions the SEC announced on Thursday.

Here is a graphic showing the entire 2020 Pac-12 football schedule: 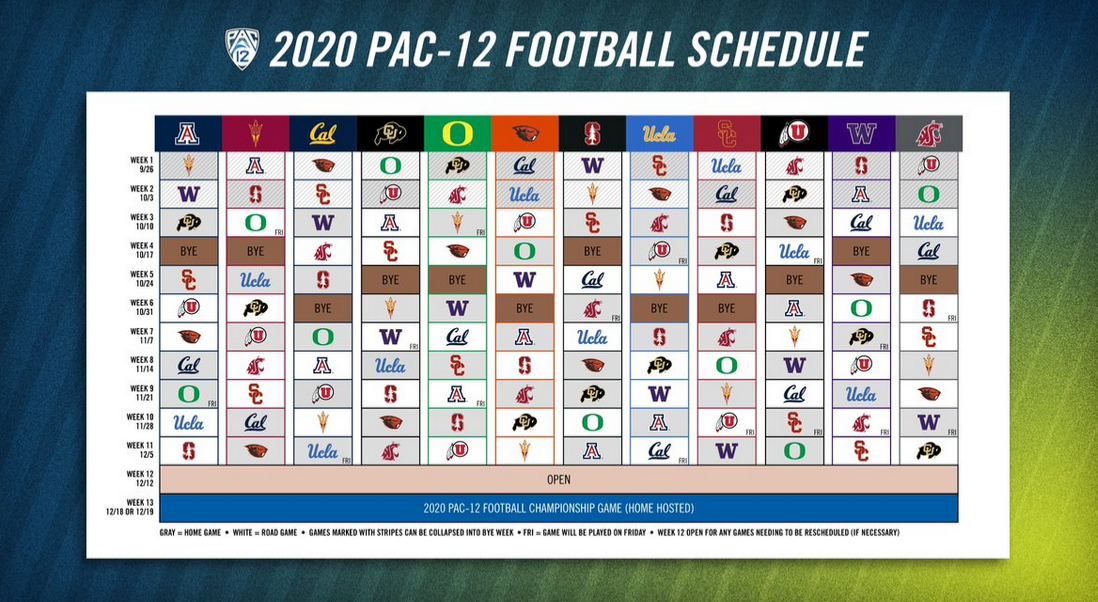