Back at Media Days in July, I was one of the voters responsible for coming up with the preseason All-SEC team for 2016.

On the defensive side of the football, we were about half right. Most of the choices we missed on were due to injury, not ineffectiveness. Pass rusher Myles Garrett, for example, won’t be overly decorated after being slowed by a bum ankle.

As for the offense, we swung and missed on every single skill-position player. Quarterback Chad Kelly? Too many turnovers, then he got hurt. Running backs Leonard Fournette and Nick Chubb? Each was beat up to some degree. Receivers Calvin Ridley and Christian Kirk? Not nearly as explosive as expected. Tight end O.J. Howard? Inconsistent.

Thankfully, we did better along the offensive line. Three of the five blockers given the benefit of the doubt in Hoover ultimately lived up to the hype. As for the specialists, we correctly predicted both the punter and return man.

Here are my selections for first-team All-SEC. While I don’t necessarily expect the voting to go this way, these players are deserving in my eyes.

Not even the starter in the season opener, Hurts quickly established himself as the best option at the game’s most important position for the Crimson Tide. An incredible dual-threat athlete with a big arm and nimble feet, he’s led ‘Bama to an undefeated record and the No. 1 ranking in America on the strength of his 30 total touchdowns.

The most loyal Razorbacks fan couldn’t have known what to expect from Williams, who missed a good portion of last season with a scary injury. All he’s done is lead the SEC in rushing with 1,209 yards and score 11 TDs on the ground.

Originally buried on the depth chart, Pettway got his opportunity after a transfer, a dismissal and an injury. Once he established himself as the primary ball carrier on The Plains, the Tigers took off behind his 1,106 yards rushing.

While Kirk has reeled in 69 passes to just 46 for Reynolds, it’s Reynolds (below) who leads the Aggies with 834 yards receiving and 9 touchdown catches. Averaging 18.1 yards per reception, he’s A&M’s big-play artist through the air. 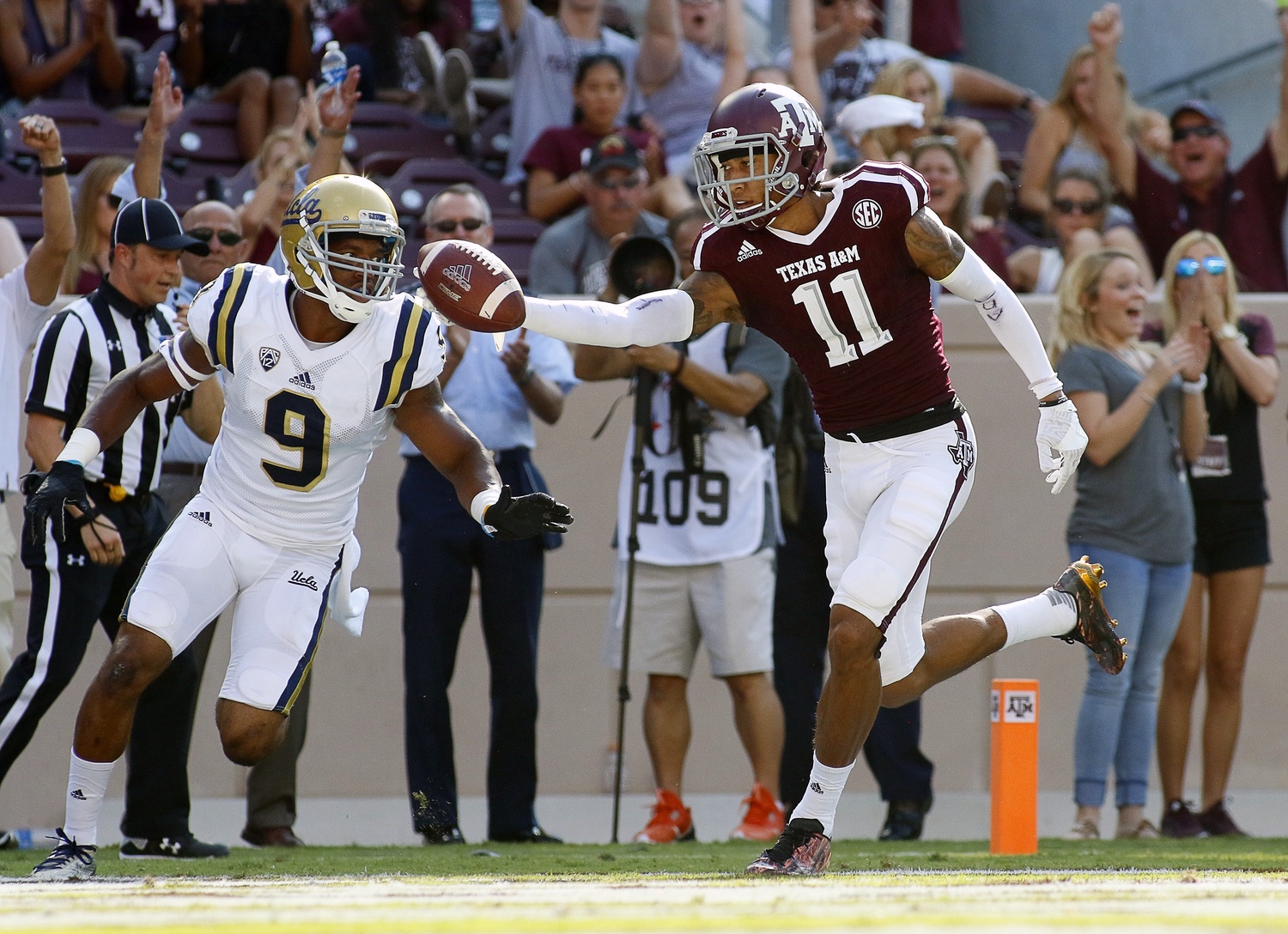 Making the transition from Dak Prescott to Nick Fitzgerald as his QB, Ross has battled drops at times this season. It hasn’t hurt his productivity, though. No pass catcher in the conference has more scoring grabs than his 11.

The league doesn’t have a legit candidate for the Biletnikoff Award, given annually to the premier receiver in the country. That being said, tight ends are eligible. No player in the SEC has more yards receiving than Engram’s 926.

Perhaps the best pure blocker in the conference, Pocic has been named SEC Offensive Lineman of the Week three times in 2016.

The Gators have proven to be weak along the offensive line for the second straight year, although Ivey is the glaring exception.

If you want to know why Pettway has had so much success running between the tackles this year, look no further than Kozan’s performance.

Not only has Skipper (below) anchored a Hogs unit that at times has had issues protecting the passer, but he’s also blocked two kicks on special teams. 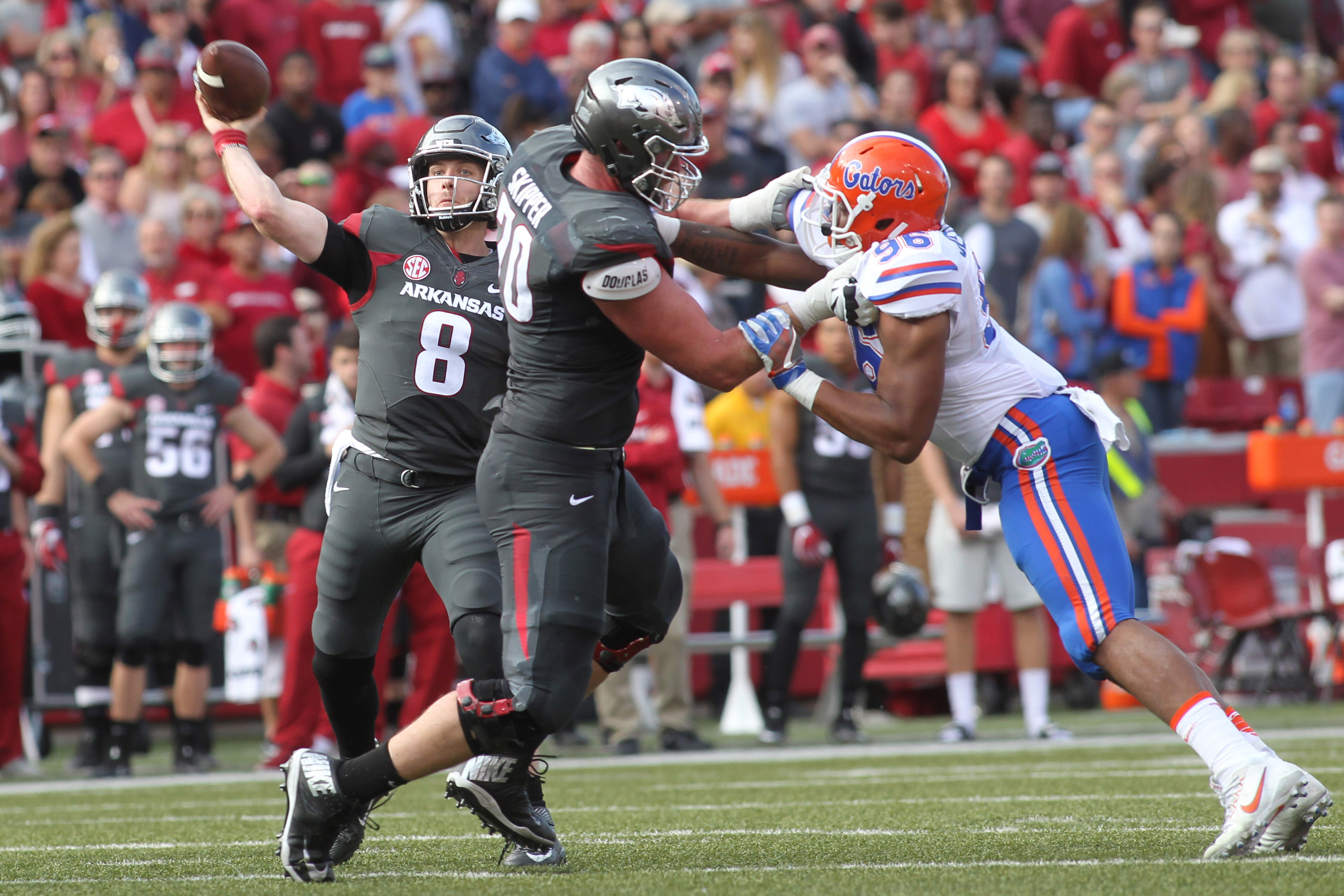 Cam Robinson is a finalist for the Outland Trophy. However, he’s coasted on reputation this season. Williams has outplayed him as a freshman.

The Tigers finally lived up to all that talent on defense this season, with Adams in particular making a handful of highlight-reel plays. In addition to 4.5 sacks and 15 QB hurries, he has picked off a pass and returned a fumble for six.

Even if the Bulldogs are nothing to write home about defensively, Jefferson has been a standout up front. His 10.5 tackles for loss are more than any player in the league at his position. He’s quite comfortable in the enemy backfield.

Clearly, returning to the Crimson Tide for his senior campaign was a good decision for Allen. He’s the primary candidate for Defensive Player of the Year after being credited with 7.0 sacks and a pair of fumble-return touchdowns already.

If Allen isn’t the Defensive Player of the Year, then Barnett is the choice. The Volunteers have been bruised and battered on his side of the ball, yet his week-to-week stat line is stunning. His 11.0 sacks and 17.0 TFLs lead the league.

Cunningham made one of the most important defensive plays of the season in the SEC when he stuffed Georgia on fourth down to preserve a Commodores upset. His 109 tackles are far and away more than any other player in the conference.

Right behind Cunningham with 91 tackles is Beckwith, who has been a sideline-to-sideline enforcer for the Bayou Bengals. Six of his stops have resulted in negative yardage, plus he’s also broken up 4 passes in coverage.

Arguably the hardest hitter in the land, Foster is the latest in a long line of bone-crushing ‘backers for ‘Bama. While his 75 tackles are significantly less than Beckwith’s 91, his 9.0 tackles for loss are 50-percent more.

The Gators have the premier cover man in the SEC for the second year in a row. In 2015, it was Vernon Hargreaves. In 2016, it’s Tabor (below). He only has 6 passes defensed, but 4 of them have resulted in INTs. That’s tied for the conference lead. 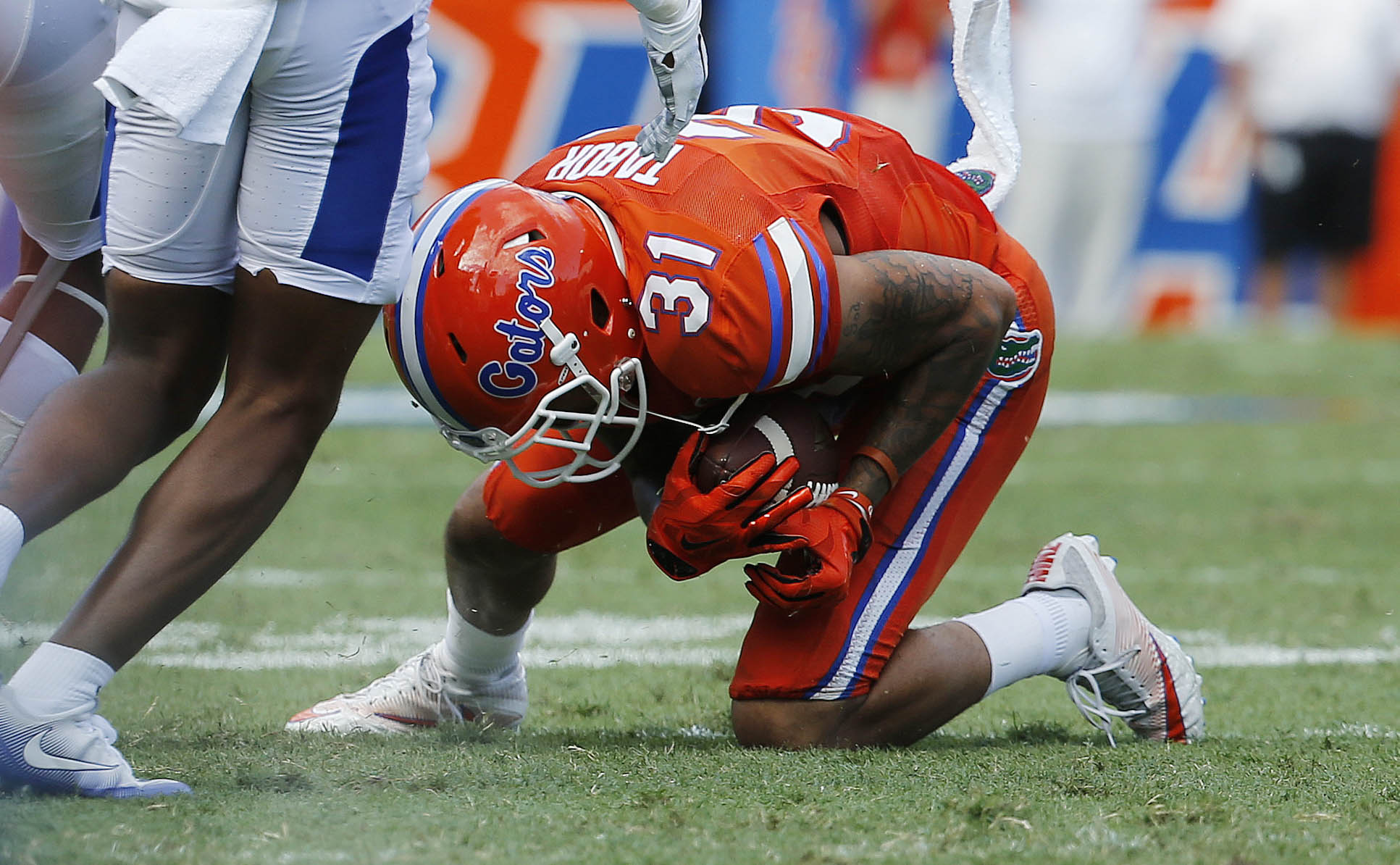 The Tigers are always loaded with NFL-caliber defensive backs, so White’s accomplishments are par for the course. He’s tied for first in the league with 10 passes broken up, plus he’s come away with a pair of interceptions.

No matter the statistical category on defense for the Aggies, Evans is among the leaders. He has 80 tackles. He’s picked off 4 throws. He has 6.0 TFLs. He’s broken up 6 passes. He even returns kicks with a 28.3-yard average.

Eddie Jackson would’ve made the team, but a broken leg prevented him from getting to the finish line. In his place, Harrison has stepped up his game significantly. He has 2 of the Tide’s defensive TDs, one off a fumble and the other off an INT.

He barely has enough punts to qualify since the Crimson Tide don’t need him very much, but Scott leads the SEC with 48.5 yards per attempt.

Near automatic this season, Wunderlich has split the uprights on 20-of-21 field-goal attempts for a league-leading average of 95.2 percent.

The only player at the FBS level to return three punts for touchdowns, Kirk has done so despite just 11 attempts all season long.