Which quarterback recruits in SEC have best chance to play in 2017?

It wasn’t a memorable season at quarterback in the SEC. Thankfully, reinforcements at the game’s most important position are on the way.

Wednesday is National Signing Day and, according to the composite rankings at 247Sports, 17 of the Top 100 QBs for the class of 2017 are packing their bags for the best conference in America. Many have a chance to play immediately.

That doesn’t even include Auburn signee Jarrett Stidham, who was the No. 1 junior-college passer available and is already on campus for coach Gus Malzahn. A year ago, the Tigers looked like a team possibly just an arm away — all due respect to Sean White, who’s a good player but not a great one — from competing with Alabama.

The two premier talents on the market, Davis Mills and Hunter Johnson, managed to slip through the league’s grasp. They’re destined for Stanford and Clemson, respectively. But the future appears to be bright under center.

Here are five quarterbacks en route to the SEC that could see playing time sooner rather than later. Is there another Jalen Hurts on the horizon?

Ever since Johnny Manziel took the SEC by storm in 2012-13, the Aggies have had a revolving door of passers trying to replace him.

What coach Kevin Sumlin needs is stability in shotgun formation, and not just for a season. He had it for a while last year when Knight dragged A&M to No. 4 in the initial College Football Playoff rankings. However, his shoulder injury coincided with the Ags stumbling down the stretch yet again. Sumlin is now 7-9 in November in College Station.

Mond is already on campus and will participate in spring practice. Nick Starkel may be fresh off a redshirt, but Mond was a more coveted recruit.

New offensive coordinator Matt Canada was considered a home-run hire by coach Ed Orgeron. He has a history of maxing out quarterbacks.

He’ll inherit Brandon Harris and Danny Etling at the top of the depth chart. Harris, you’ll recall, was mercifully benched in favor of Etling last season. Even though Etling was better than Harris, he was still mediocre at best.

Brennan, who threw a ridiculous 165 TDs and rushed for 23 more in three seasons at New Orleans (La.) St. Stanislaus College, is the No. 10 QB recruit in America for this cycle. He also has deep ties to the state of Louisiana, as the Brennan’s family of restaurants is an integral part of what makes French Quarter cuisine so unique.

Tigers fans wanted Orgeron to be their coach so desperately because he was a local and understood them. The same can be said of Brennan.

Stidham exited the mess at Baylor after one season. He’s the top JUCO recruit in the nation despite not taking a single snap at that level.

In 10 games for the Bears as a freshman in 2015, including three starts taking over for an injured Seth Russell, Stidham was a 68.8-percent passer and assembled a TD-to-INT ratio of 12-to-2. It’s undeniable that he has a big-time arm. 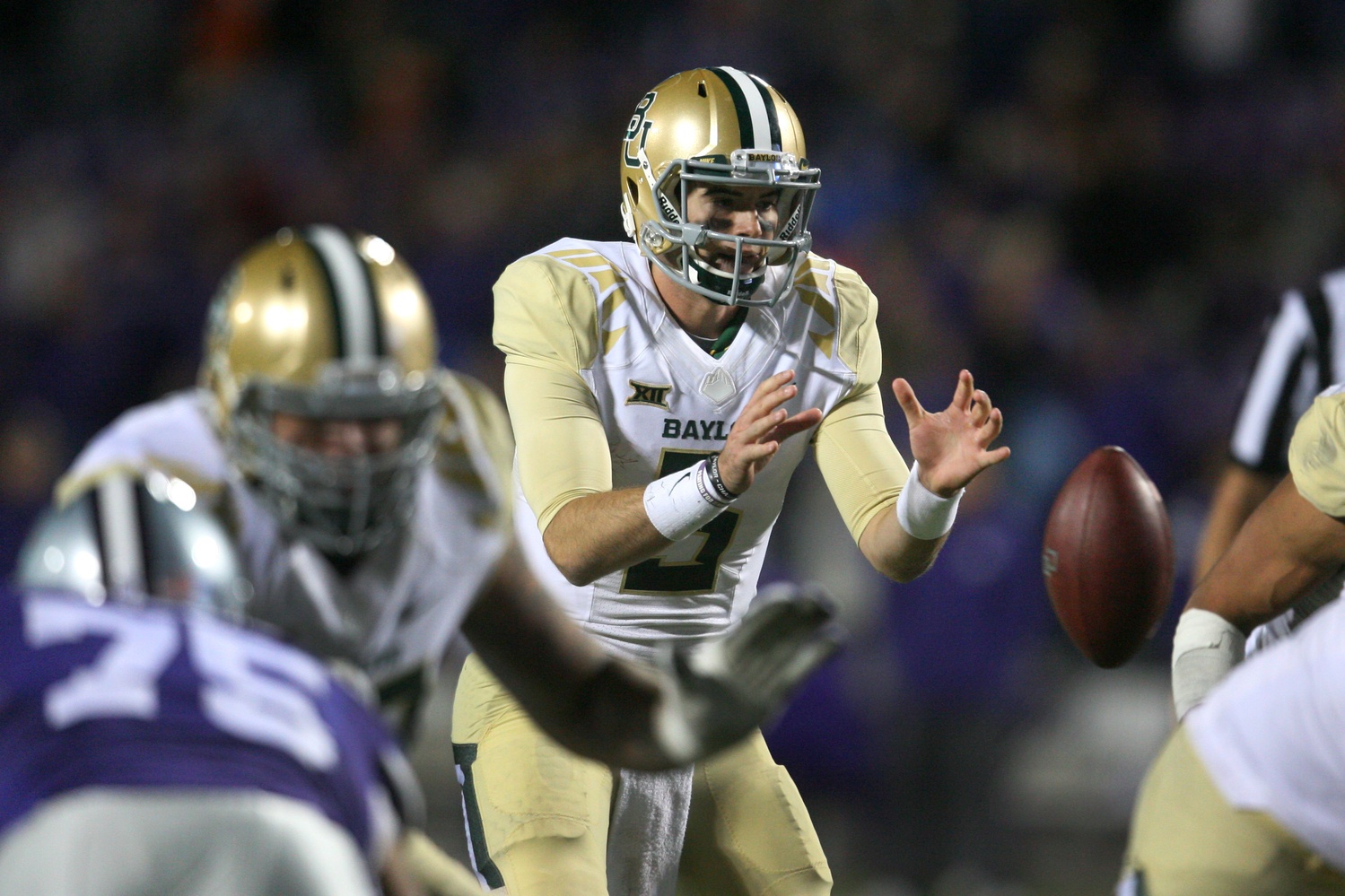 No question about it, Stidham will be the most gifted passer that Malzahn has had since returning to The Plains as head coach in 2013. Nick Marshall was a converted cornerback. Jeremy Johnson failed to live up to expectations. John Franklin III needs to be moved to another position. White has a high floor but a low ceiling.

If Stidham can give Malzahn a legitimate downfield passing game, then his fast-paced ground assault could be all the more dangerous.

Third-year coach Jim McElwain is coming off back-to-back East titles, but neither had anything to do with his reputation for offense.

Sharing the starting job in 2016, fellow transfers Luke Del Rio and Austin Appleby both frustrated Gators fans. They combined for an unimpressive completion percentage of 58.8 and a weak touchdown-to-interception ratio of 18-to-15.

While Appleby is out of eligibility, Del Rio remains on the roster. That being said, Feleipe Franks and Kyle Trask are each coming off a redshirt and will probably compete for No. 1. Franks has more natural ability, although early reports suggest that he’s quite erratic. Trask could be the guy. He hardly even played in high school, though.

It’s not unreasonable to think that Allen could get a shot if the passing game continues to sputter in Gainesville.

Wait, wasn’t Hurts just honored in 2016 as the SEC’s Offensive Player of the Year? Yes, as a matter of fact, he was.

To say the least, Hurts was dynamic at times for the Crimson Tide right out of high school with 23 touchdowns through the air and 13 more on the ground. He brought a dual-threat edge to the offense never seen before during the Nick Saban regime.

Nevertheless, he grew some warts during the postseason. Hurts wasn’t sharp throwing the ball in the conference championship game against Florida, the national semifinal against Washington or the national title game against Clemson. His effectiveness as a runner also took a step back his last few outings. Perhaps he hit a rookie wall.

Hurts was the No. 11 signal caller signee last cycle, but Tagovailoa is No. 3 for this year. Plus, all of Saban’s backups have transferred away.