Week 3 was strange for many SEC teams, as running backs who had been dominant were held in check or limited by injuries.

However, there were still plenty of incredible performances in both wins and losses, and the top 10 running backs are starting to take a firmer hold on their positions, putting some distance between themselves and backs 11th and lower.

With some old stars and some newer surprises, there is no shortage of quality backfield talent in the SEC this season.

Heading into a big Week 4 slate of games, here’s our top-10 list of SEC running backs:

Though the Commodores pulled off a huge home victory over a ranked Kansas State team on Saturday, Webb struggled to get going, rushing for only 46 yards on 21 carries.

That average of 2.2 yards per carry won’t cut it this weekend against a tough opponent like Alabama — the second straight ranked foe to come to Nashville.

Another week, another solid performance for Harris, who seems to have found his niche in Alabama’s loaded backfield.

He might not rise very high on this list with his limited workload, but he’s putting together a very nice season for the Crimson Tide.

Williams didn’t play against Louisiana-Lafayette because of an ankle injury, but Texas A&M got plenty of help in the form of Kendall Bussey and Jacob Kibodi, who more than handled the running game against the Ragin’ Cajuns.

The Aggies will need Wiliams back this weekend though, as they kick off SEC play against Arkansas in Arlington, Texas.

Though QB Nick Fitzgerald got the glory in the Bulldogs’ huge win against LSU, rushing for two touchdowns and throwing for two more, Williams also played a big role for the Mississippi State offense.

As a change of pace from Fitzgerald, Williams has stepped into his own this year. If he has another big performance against Georgia this Saturday night, he should skyrocket up this list. 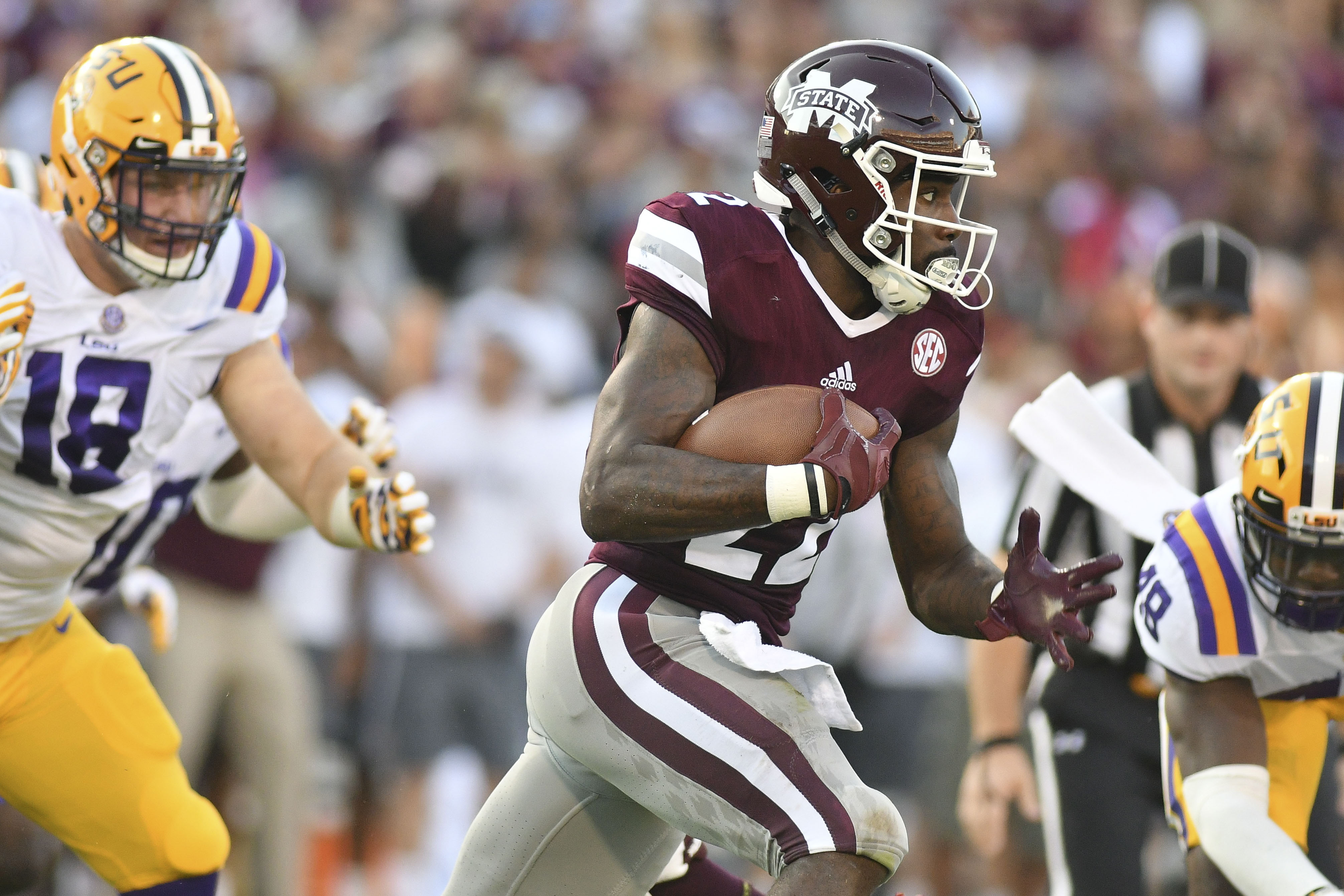 Coming off a bruised tailbone suffered in a loss against South Carolina in Week 2, Crockett never really got going against Purdue.

To be fair, the Tigers trailed 28-3 at halftime and had to throw the ball to try to catch up in the second half, but Crockett didn’t look quite right. The Mizzou offense needs him at 100 percent moving forward.

Welcome back, Pettway. This is the runner Auburn fans thought they would see this year, but after a Week 1 suspension and a tough Week 2 matchup against Clemson, it took the star back a while to get going.

Yes, Pettway’s 128 yards and three touchdowns came against Mercer, which isn’t exactly an SEC-quality opponent, but it seems the junior might be hitting his stride as the Tigers enter SEC play Saturday at Missouri.

The Wildcats have a workhorse in Snell, who has carried the team to a 3-0 record this season.

He and his teammates have another big test this weekend, when the Florida Gators (who have won an incredible 30 straight games over Kentucky) come to Lexington for an SEC East showdown. It’s safe to say Snell will be one of the most important players in that game.

The Tigers couldn’t get anything going against a tough Mississippi State defense, and by the second half, LSU had to primarily throw the ball, limiting Guice’s effectiveness.

A game against Syracuse this weekend should get him back on track, but he’ll need to prove himself in SEC play again this season if he’s going to stay in the top three of these rankings. 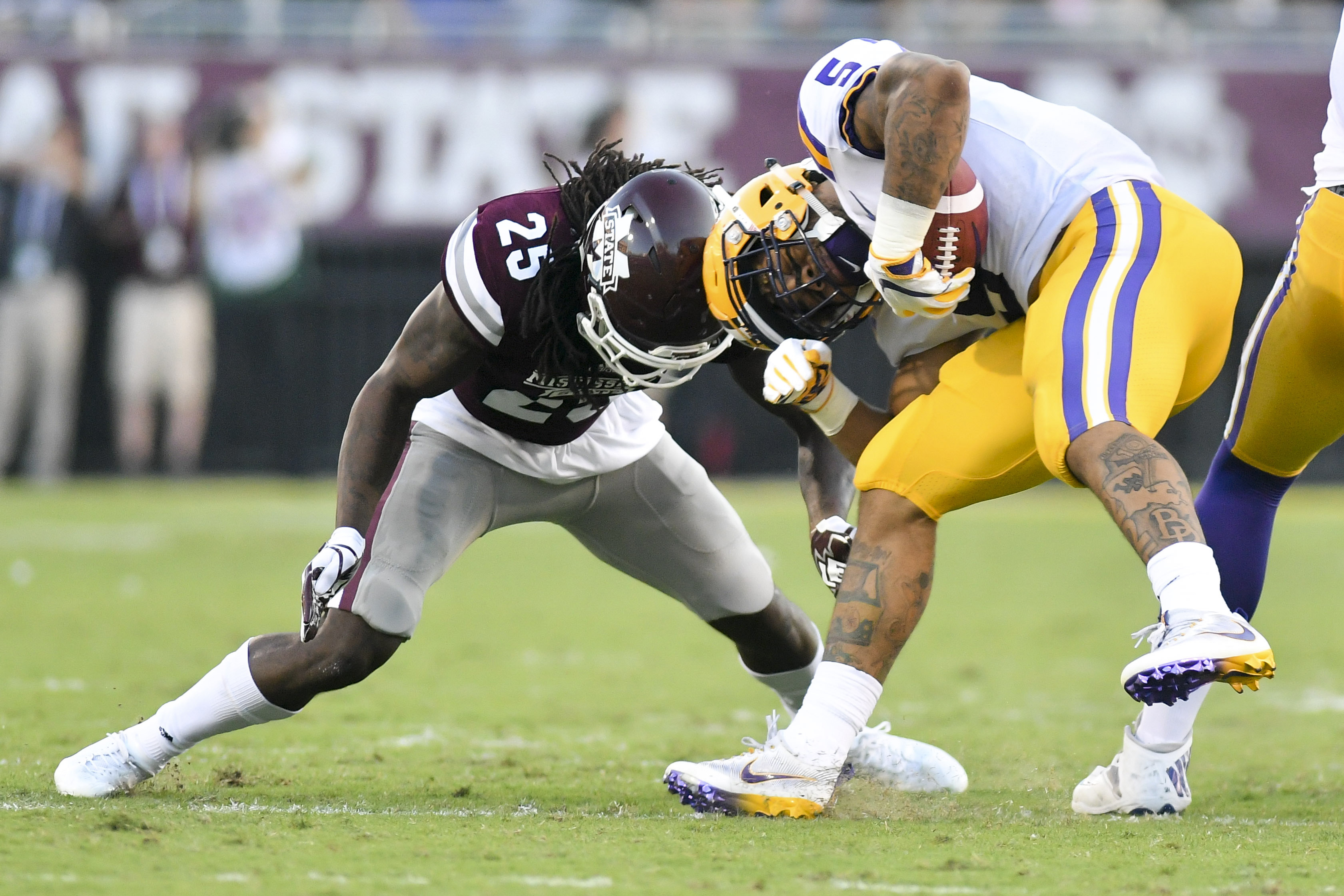 Chubb has been simply incredible this season, averaging an impressive 6.6 yards per carry while leading the Bulldogs to a 3-0 record.

Making his hot start even better is the fact that starting QB Jacob Eason is injured, meaning defenses are keying in on Chubb and the Georgia running game.

Chubb faces his first SEC challenge on Saturday night, when his Bulldogs host a resurgent Mississippi State squad in Athens.

The Vols got the ball to Kelly 25 times and it still wasn’t enough, as they lost in heartbreaking fashion to the Florida Gators.

Clearly, Kelly learned a lot from Alvin Kamara last year, as he’s showing the same versatility in the passing game.

The Vols will only go as far as Kelly can take them this year, and we’ll have to see if the coaching staff realizes that and gets him 30 or more touches this Saturday against Massachusetts.