Reddit user TrueSon24 created a post on r/cfb this week that is sure to spark plenty of debate (and has already).

The list? Which SEC schools are the “most SEC”?

As you can see below, the post ranks Ole Miss, Alabama and Tennessee as the top 3 schools, with Mizzou rounding out the list at No. 14. Here’s the full 1-14 rankings of the “most SEC” schools in the conference: 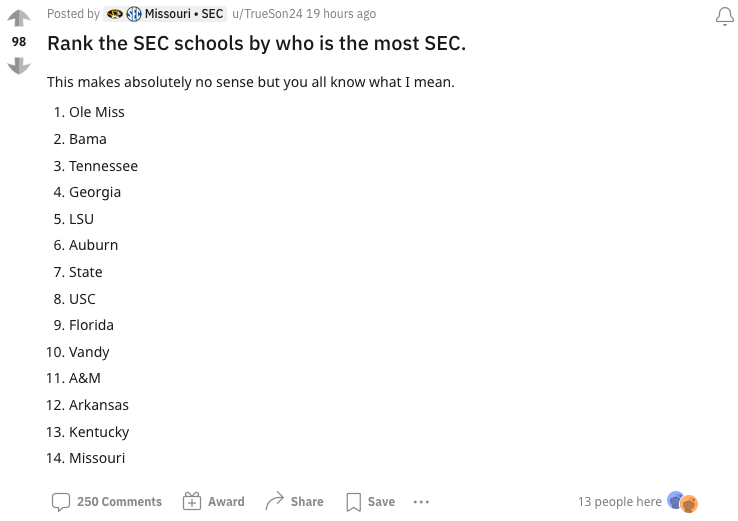 The Reddit user having Mizzou flair on their profile and putting Mizzou last in the rankings should assuage any claims of bias, but the debate in the comments section has certainly been interesting.

Who would you rank as the “most SEC” schools in the conference?