Taking note from Budweiser, which is rebranding its beer as “America” until the November election, the Southeastern Conference is doing the same, and permanently.

The decision will take affect starting with the 2016 college football season after being approved almost unanimously by 13 of the 14 school athletic directors. It’s not yet known who didn’t support it, although some outlets speculate it to be Ole Miss AD Ross Bjork, simply because of his Swedish last name.

The word “Conference” won’t be included. The group of 14 college football teams that previously made up the Southeastern Conference will now make up “America.” Not the “American Conference” or “America’s Conference.” Simply, “America.”

America Commissioner Greg Sankey noted, “We think now is the time to capitalize on our standing as a conference and unite the country behind the best brand of football that has ever existed.

“The regional use of the term Southeastern was divisive. Considering the cultural and political climate that our country finds itself in, why add to the exclusivity and divisiveness with what might be perceived as regional discrimination. College football fans from every corner of the country love our brand of football. It’s time that the brand itself reflects that.” 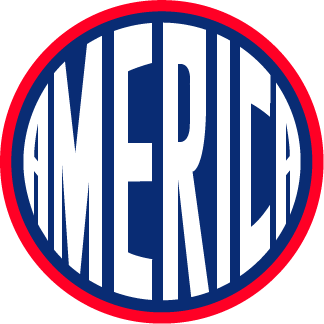 Sankey also confirmed that the conference championship game in early December will now be known as the America Championship Game. When asked if the game will remain in Atlanta on an annual basis, Sankey was non-committal.

“Our partnership with Atlanta is well-established, but we’re concerned that we’re not permitting American people in other regions with the opportunity to attend the biggest sporting event of the year.”

Sankey admitted that the option of bidding out the America Championship Game in what he fleetingly coined as the “People’s Choice” to various locations around the country was a possibility in the future. 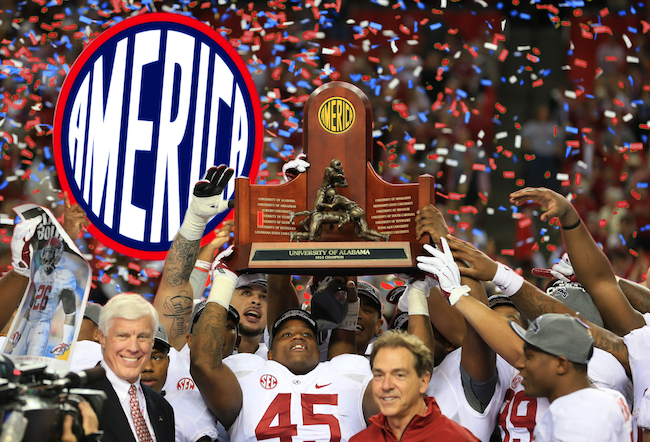 Critics of the rebranding tend to focus on the fact that the typical conference rivalries that have intensified in recent years will now take on the divisive tone Sankey intended to steer away from.

While the SEC vs. the Big Ten, at least on the surface, had a feeling of equal footing, rephrasing the rivalry to America vs. the Big Ten is certainly a different dynamic. An anonymous Big Ten fan wrote the following:

“America vs. the Big Ten? What is this, Rocky IV? This is crap. The brands of Michigan and Ohio State are far superior and nationally relevant compared to those backwoods southern brands. In all seriousness, have you ever been to Starkville? This is the dumbest thing I’ve ever heard.”

However, the Big Ten is no stranger to rebranding after “Legends” and “Leaders” were adopted as its division names before they were unceremoniously scrapped after a three-year stint.

Sankey understands the inevitable criticism his conference will face, and he isn’t deterred.

“Great organizations make bold moves, and bold moves often result in some criticism. I think you’ll find the vast majority of the American people, whether they like America or not, support the move.”

When asked which America he was referring to, Sankey replied, “Aren’t they one in the same?”

America football kicks off Thursday, Sep. 1 when Vanderbilt faces off against South Carolina.

Obligatory disclaimer: This was a satire.