SEC Coaches Dress Up for Halloween

Each year on Halloween night, millions of children, teenagers and diligent college students don costumes for a night of tricks and treats. This year the coaches of the SEC are no different. We decided we’d help the guys out as they try and get in the Halloween spirit.

First off, we’ve got Hugh Freeze going as the infamous Batman villain Mr. Freeze. If only he could have used his powers to freeze time at the end of the LSU game. 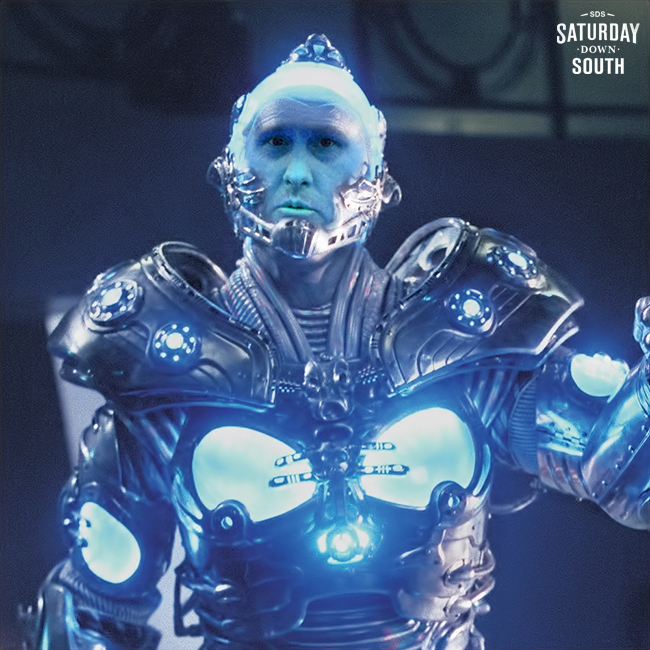 We decided that Nick Saban should try his best to boost Lane Kiffin’s reputation this Halloween by letting him be his sidekick. Nick is dressing up as Toy Story’s Woody – the heroic cowboy, while Lane is going as Buzz Lightyear – the plastic toy who’s convinced he’s a space ranger. 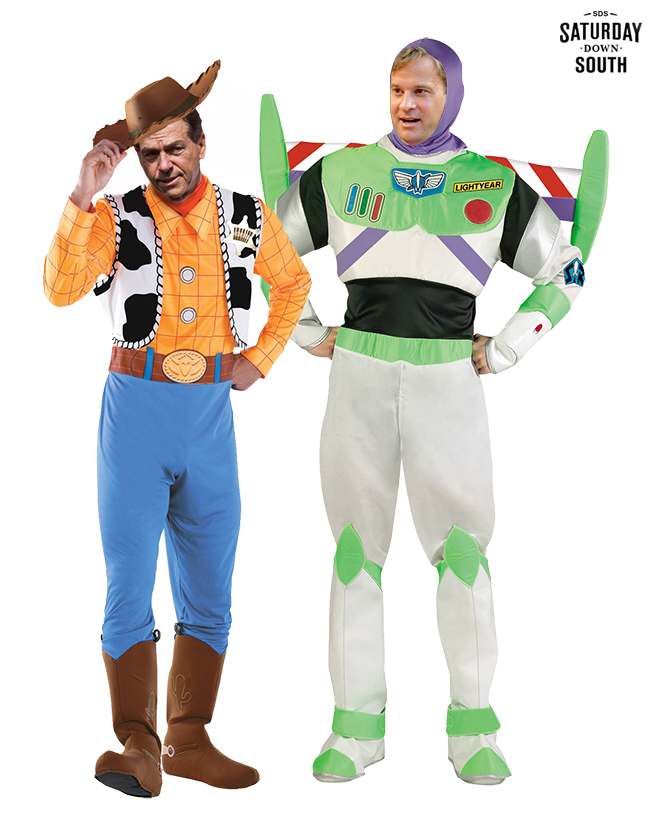 It has yet to be proven, but it is rumored that Will Muschamp is a big Justin Bieber fan. This could explain why we have Coach Muschamp dressed up as the Biebs for Halloween. Or it could just be that we thought it was really funny. 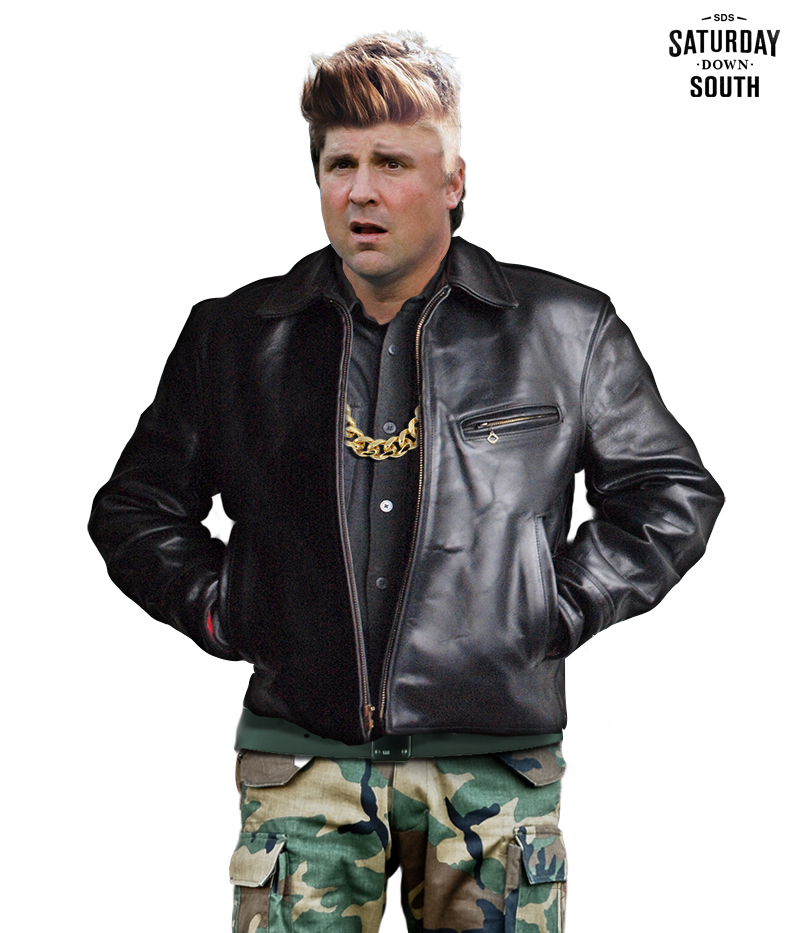 After last week’s upset over Ole Miss, we felt that Les Miles has returned to his Mad Hatter stature. 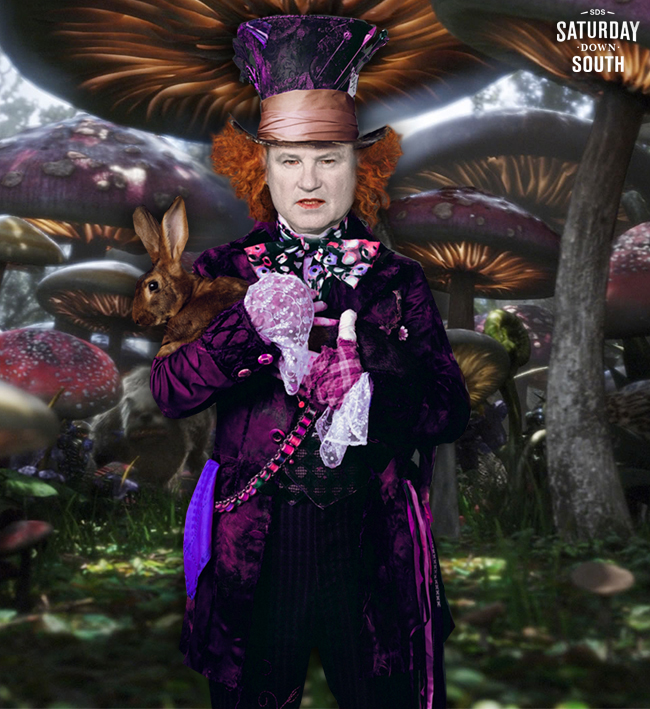 We figured if Kevin Sumlin could put up with Johnny Manziel for all that time, he could probably pull off being a half-vampire who hunts other vampires. Therefore, Sumlin is headed out as Blade this year.

How great would it be if you went to a Halloween party and Gus Malzahn was there dressed as Ms. Frizzle from the Magic School Bus? The only way it could get better is if he brought his Magic Gus Bus along with him. Don’t worry, we’ve got you covered. 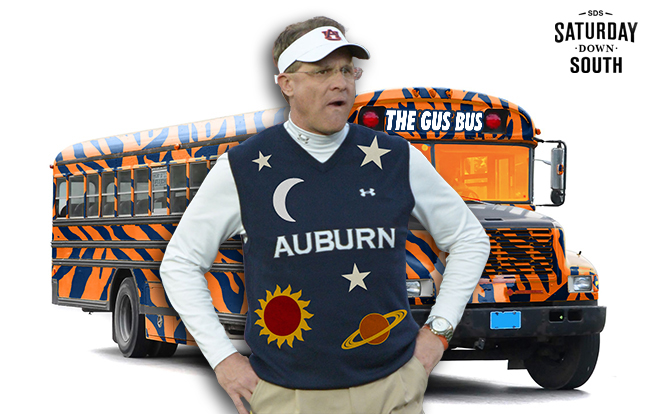 If you haven’t noticed, Dan Mullen and his Bulldogs are No. 1 in the country right now. We wanted to give Dan the opportunity to let everyone who’s out tonight know that with his Ricky Bobby “if you ain’t first, you’re last” costume. 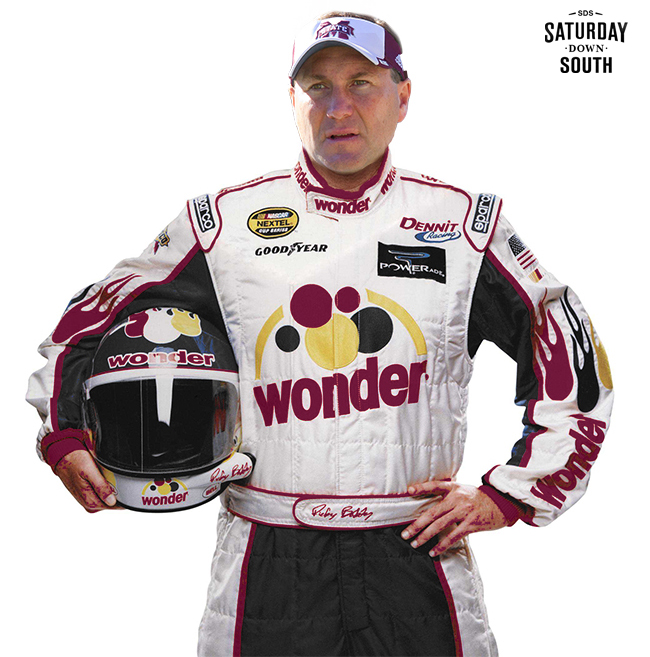 It has been well documented that Bret Bielema met his wife, Jen, at the blackjack table in Vegas. This year, we decided to have the couple get back to their roots as they partake in Halloween festivities.

Gary Pinkel is the only SEC coach that isn’t quite off the market yet. With a wedding date set for next summer, we felt we’d give Pinkel one last chance to play up his bachelor status. Is there a better way to accomplish this than dressing up as the Bachelor? We don’t think so. 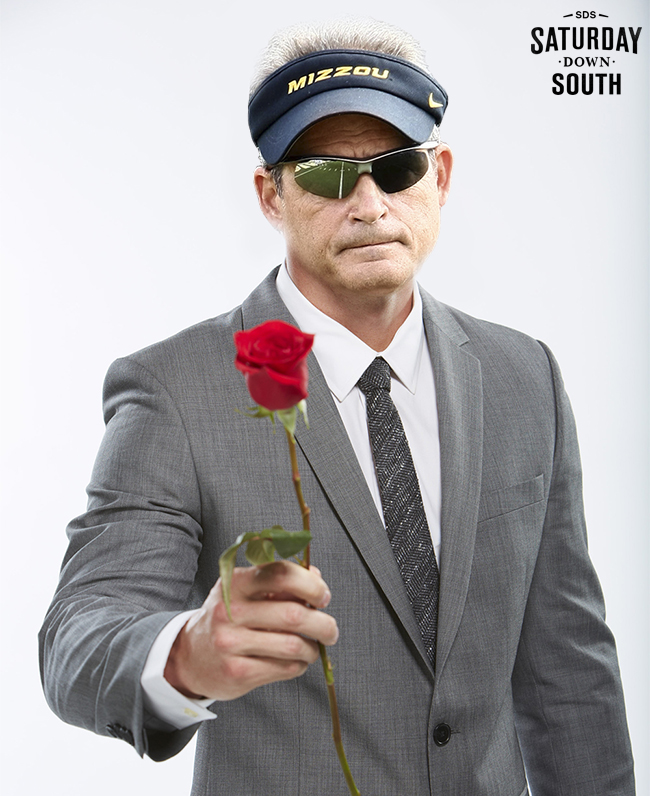 We all know that Steve Spurrier likes to get a good workout in. A 1980s fitness instructor just seemed to be a good idea for Steve this year. 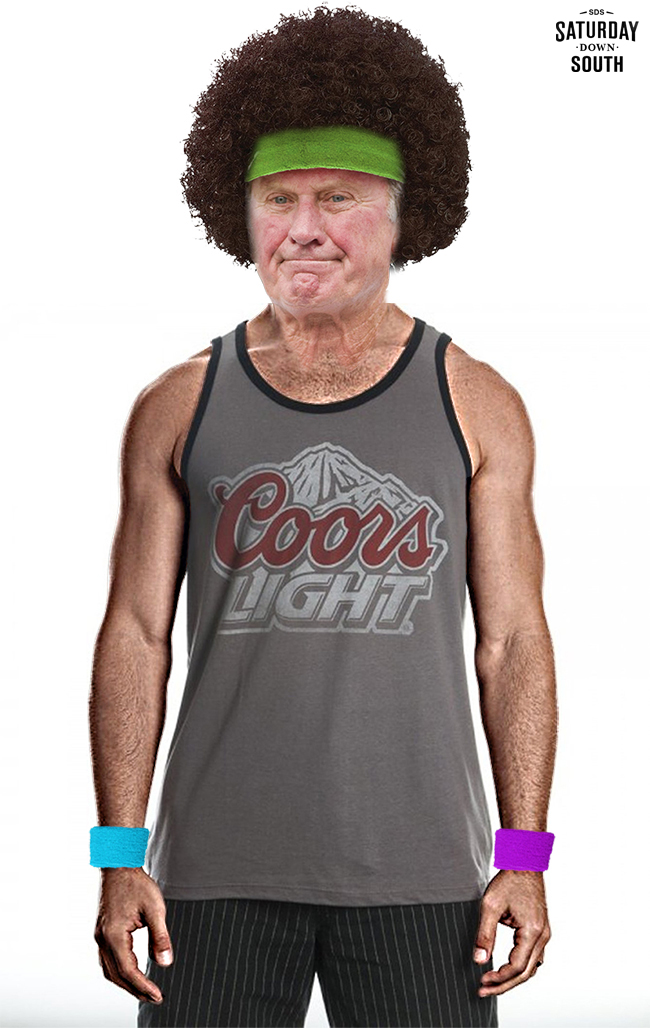 Mark Stoops’ brother Bob sends him countless items of Oklahoma attire. Unfortunately for Mark, being the head football coach at Kentucky doesn’t present many opportunities to wear Sooner gear. We thought Halloween would be the perfect chance for him to try out his Bob Stoops imitation. 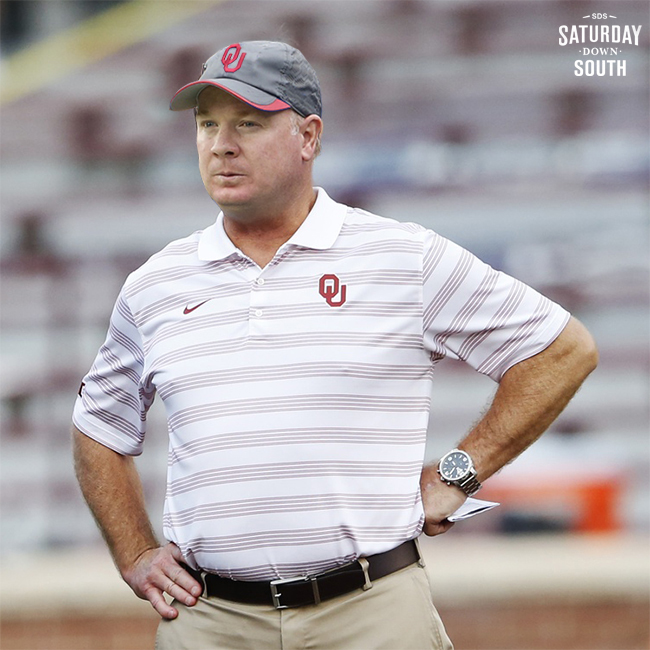 Butch Jones is pretty adamant on his “brick-by-brick” philosophy. So much so, that we figured he should go as a bricklayer – just to remind everyone out tonight what he’s building at Tennessee. 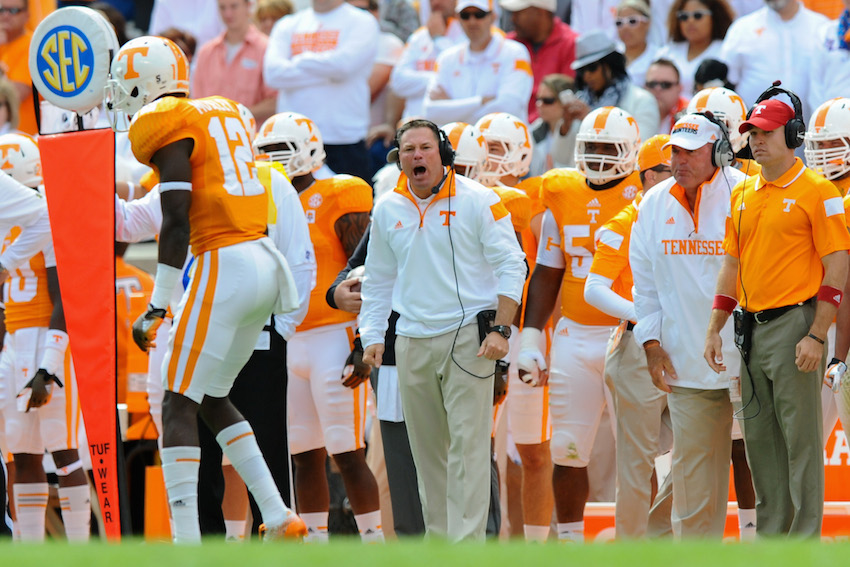 We all know Derek Mason can give some inspiring motivational speeches. This year, we’ve got Mason going as one of his favorite speech-giving idols – Coach Herman Boone from Remember the Titans. 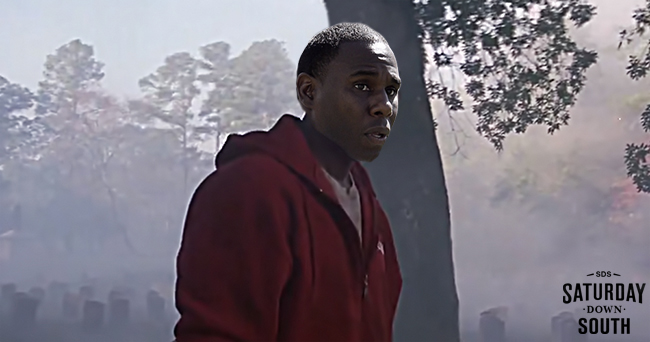 As the SEC’s neighborhood nice guy, Mark Richt is the one coach who would probably invite you in his house and give you a 30 minute tour. With that said, we decided that there was no better fit for Coach Richt than the late, great Mister Rogers. 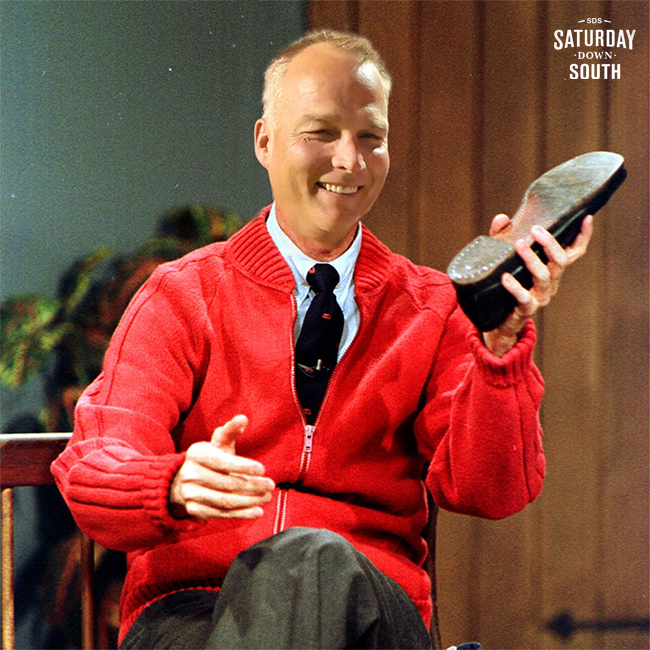 As the poster boy of the league, Nick Saban gets invited to a lot of Halloween parties. He’s usually pretty busy watching film, but this year Alabama has a bye on the week of Halloween. To help Nick get prepared, we’ve got another costume idea for him. This time, Lane is not invited. 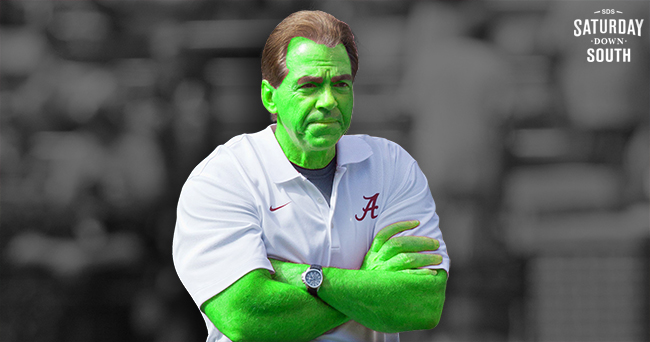 Ted Hyman
A graduate of the University of South Carolina, Ted enjoys Photoshop, Mountain Dew and hating the color orange. He is also a fan of waking up to the smell of bacon and knows that it's never too early for ice cream.
RECENT ARTICLES
SEC
Mel Kiper's updated 2021 NFL mock draft projects 5 QBs to be taken within top 10 picks
SEC
Who will be the SEC Championship Game's next first-time winner? Ranking the candidates
SEC
SEC boasts 2 semifinalists for Naismith Defensive Player of the Year
SEC
SEC announces makeup dates for postponed basketball games
HOMEGATING KIT
FROM