This week was my wife’s, my dog’s and my cat’s birthday. They are all different ages, of course, but this has been quite a week at the Spencer household.

Meanwhile, my birthday isn’t until March (the 15th, if you want to send presents/cards), so I’m feeling a bit left out. Fortunately, college basketball also returned this week. Basically, it has been a pretty great week.

So, as I continue to celebrate birthday week at my house, let’s dive into your questions for this week’s SDS Mailbag:

Illinois invited legend Dick Butkus back for Homecoming against undefeated Wisconsin (who was a 31-point favorite). The Illini were 2-4 at the time and have gone 3-0 since then. Which SEC teams should make similar moves to inspire struggling squads?

First of all, how about Lovie Smith and those Illinois Fighting Illini? What an impressive turnaround it has been for the squad. Butkus clearly deserves most of the credit for the Illini getting back on the winning track.

There are six SEC teams with sub-.500 overall records this season, so let’s focus on those squads. Whom should they bring back to honor and give the players a pep talk? Let’s take a look (Note: I realize my choices skew a bit more recent than the Dick Butkus era): 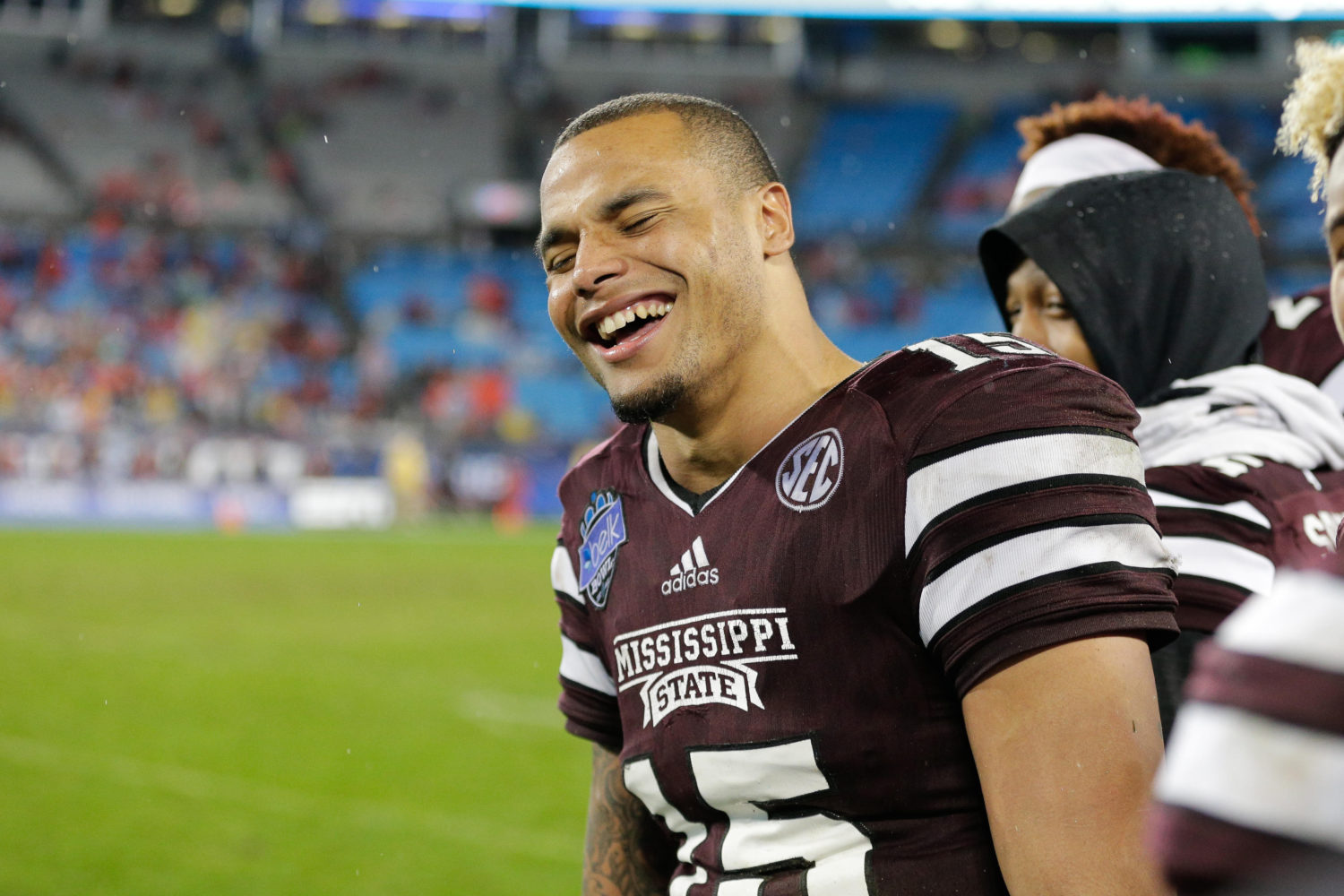 A pep talk from former QB Dak Prescott could be just what the doctor ordered for the Bulldogs. Photo by: Jeremy Brevard-USA TODAY Sports

Would any of these guys have the impact Butkus so clearly had on the Illini? There’s only one way to find out. Bring these former players back!

Which SEC schools have the best basketball and football student sections?

They’re not a student section, per se, so they don’t technically count, but I want to give a shout-out to The Antlers at Mizzou. Yes, they can be a bit vulgar at times (that’s kind of their thing), but those guys are there every single game, rain or shine, to support the men’s and women’s basketball teams.

For a basketball student section, though, I’m going to have to go with the Rowdy Reptiles at Florida. Yes, Florida basketball has really only come onto the main stage since 2000, but the fans have been showing up in force. With Kerry Blackshear Jr. in town this year, it could be another special season, so expect the fans to continue to provide support for Mike White’s squad.

For a football student section, I’ll go with LSU. Death Valley gets absolutely rocking on Saturday nights. It has proven to be quite the atmosphere for the Tigers, and it is a great home-field advantage. Runner-up honors go to Texas A&M. I mean, they literally make the press box rock there at Kyle Field. 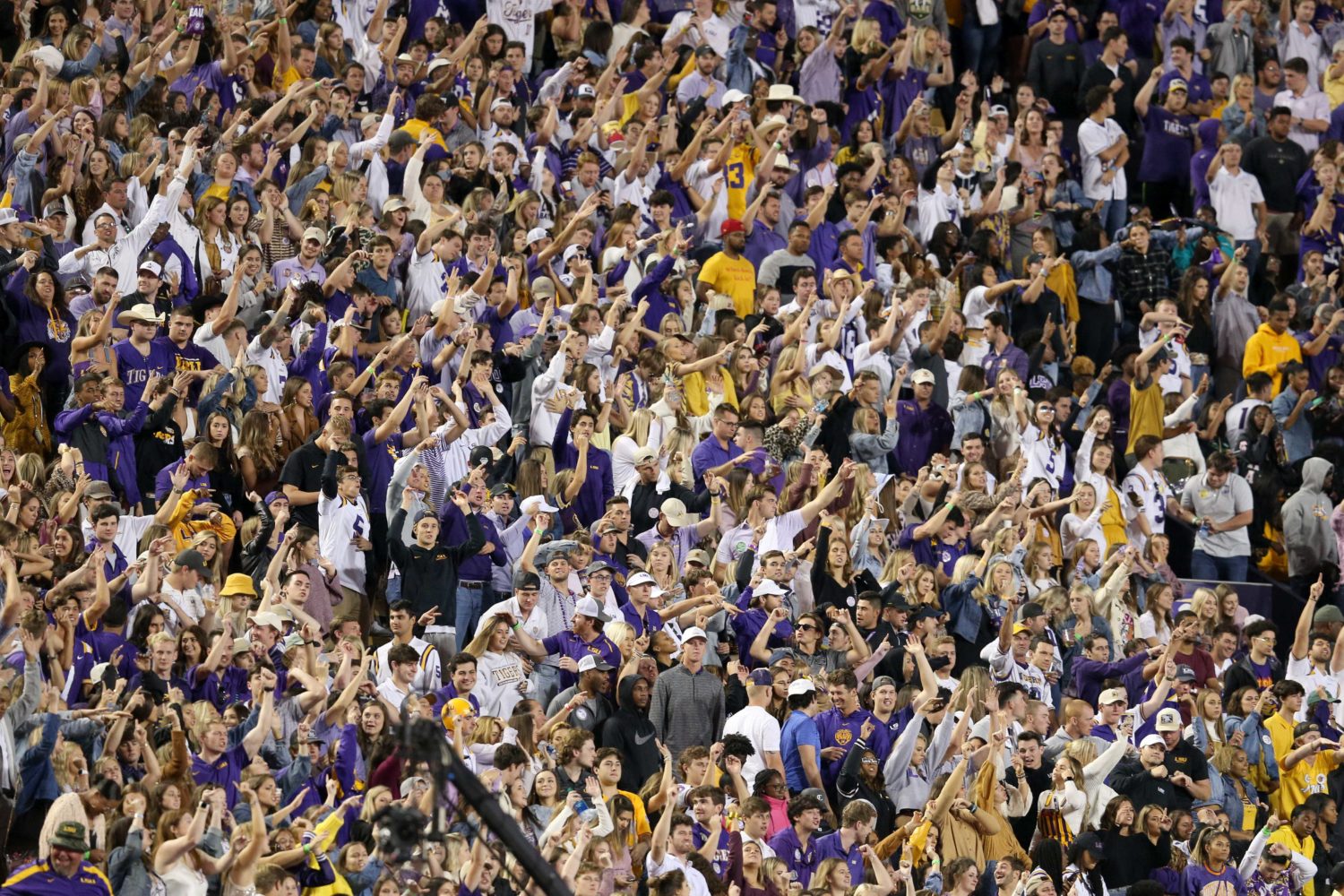 The fans in Death Valley are among the most raucous in the country. Photo by: Chuck Cook-USA TODAY Sports

In my opinion, this depends on whether you want to change the dynamic of the shows. If you want to keep both shows relatively the same, you could swap Kevin for Jerry/Larry/Gary and not make much of an impact on the story arcs.

However, if you ask me what the most interesting change would be, I’d say it would be fun to see Ben and Jim switch places. Pam would totally go for a lovable nerd like Ben. It would be harder to get Leslie to go for a laid-back guy like Jim, but it’s not completely out of the question. Jim can be pretty motivated when he has interest in the subject matter.

Meanwhile, the most catastrophic change would be Michael Scott for Ron Swanson. Ron and Michael have very different styles, and it would change the whole tone of both shows if Michael brought his goofy attitude to Pawnee and Ron brought his strict no-nonsense style to Scranton.

If you had to beat a randomly selected American in a game, do you pick bowling, darts or ping-pong?

“Randomly selected” is tough here. If it was “average” American, I’d have to go with ping-pong, because of the three, that probably requires the most … dare I say it … athleticism? And coordination. I’m pretty coordinated, and actually pretty good at ping-pong, too.

I’d probably go with ping-pong and then hope that the “random American” wasn’t someone like Serena Williams, some sort of American ping-pong champion or my old roommate Coop.

If the randomly selected American was either a 90-year-old or a baby, though, I’d like my chances in all three games.

BONUS: Dobbe’s Locks of the Week went a surprising 2-1 last week. Could this be the start of a turnaround? Here are Dobbe’s picks for this weekend’s games: