Living in an apartment complex, my wife and I bought two bags of Halloween candy. We expected a number of trick-or-treaters coming our way.

Sadly, we only had a couple of kids come and ring our doorbell, so now we’re left with more than 200 pieces of candy. Fortunately, since I am on the record as not liking chocolate, I did not purchase any chocolate candy.

Now, though, I have a ton of candy to eat, and that’s a dangerous thing. Hopefully, I can parcel this candy out until the new year. But I know myself, and both bags will be gone before Thanksgiving.

Oh well; it’s a rough life, but someone has to live it. Anyway, here are your questions for this week’s SDS Mailbag:

Is there a worse fan chant than the “overrated” chant during an upset?

Okay, I guess I should write a bit more about this topic, but the answer is no. When you chant “overrated” at the opposing team when your team is about to pull off the upset, you’re cheapening that victory.

Stick with me here, folks. It’s simple logic. If you beat a team, you want that team to be rated as highly as possible to make the win better for your team. If anything, fans should chant “underrated” at their own team. That’s what they’re really trying to say.

Heck, let’s take last week. Kansas State beat No. 6 Oklahoma. You know what would have looked even better for the Wildcats? If the Sooners were ranked No. 5, No. 4 or, heck, even No. 3. That would have made the win that much more impressive!

Please, if you learn nothing else from Dobbe and me in this space, please stop chanting “overrated” at sporting events. Get educated and find a chant that actually does your team justice.

BONUS: Dobbe’s Locks of the Week went 1-2 last week. He continues to hand out free money to those who fade his picks. Let’s see which picks are sure to be wrong this weekend:

Will any SEC coach not make it through the season?

I don’t think any coach will get the ax until the end of the regular season. I think even Arkansas’ Chad Morris gets an opportunity to finish out his second year at the helm. Now, could he be fired moments after the Mizzou game like Bret Bielema was a couple of years ago? Absolutely. 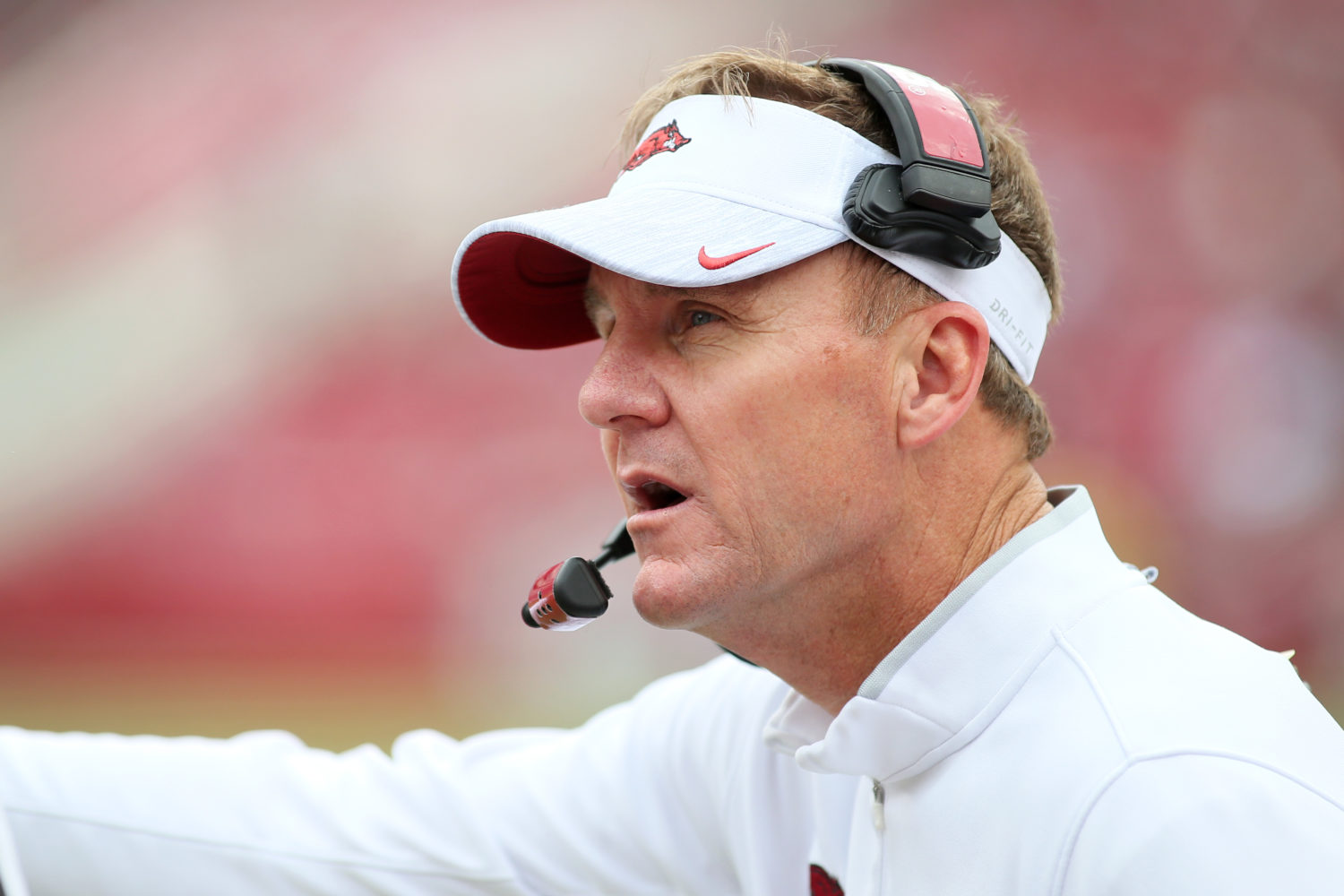 Jeremy Pruitt seems to have coached his way off the hot seat at Tennessee, but Vanderbilt’s Derek Mason, Ole Miss’s Matt Luke, Mississippi State’s Joe Moorhead, Mizzou’s Barry Odom and even South Carolina’s Will Muschamp are facing an important month.

Last offseason, there were zero coaching changes in the SEC. This year, there could be up to six. Crazy how quickly things change.

No, I’m only kidding. The real answer to this question is trickier than that. It’s equal parts on coach Gus Malzahn and quarterback Bo Nix.

You know where Georgia QB Jake Fromm faltered as a freshman? Yep. Auburn’s Jordan-Hare Stadium. Why? Because he wasn’t ready for that atmosphere. Yes, he won at Notre Dame earlier in the year, but as we all know, Saturdays are different down south.

Malzahn deserves his share of blame for not using Joey Gatewood better (Malzahn learned nothing from how Georgia handled Justin Fields last year) and for calling plays that don’t fit Nix’s skill set. Malzahn has his system and believes he can fit any quarterback into it. That’s foolish. Nick Saban has had so much success at Alabama by conforming to the skills of his players. Malzahn has yet to show he can even come close to doing the same thing. 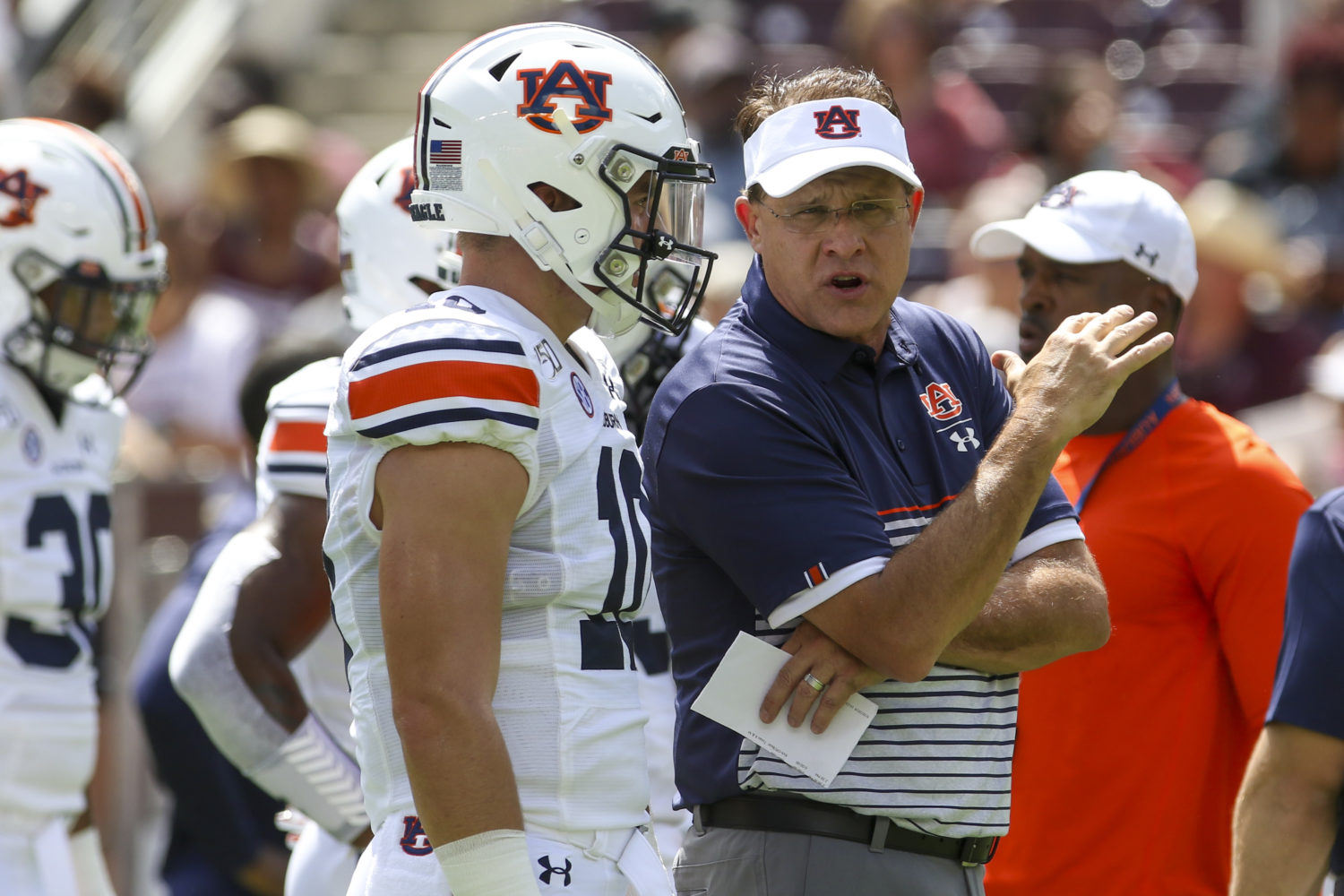 If you could change one SEC mascot, which would it be and what would you change it to?

Let’s see … there are three Tigers mascots and two Bulldogs mascots in the SEC, so one of them has to go. I’m going to take away the Tigers mascot from Auburn.

Why? They have two animal mascots. Are you Tigers or are you War Eagles? Pick one. If you’re not going to pick one, I’m going to switch you to the Eagles. The SEC doesn’t have any Eagles.

Before you jump into the comments to argue, Auburn fans, consider that the bald eagle is the official bird of America. If you argue with me, you’re anti-America, and that’s just a scientific fact. 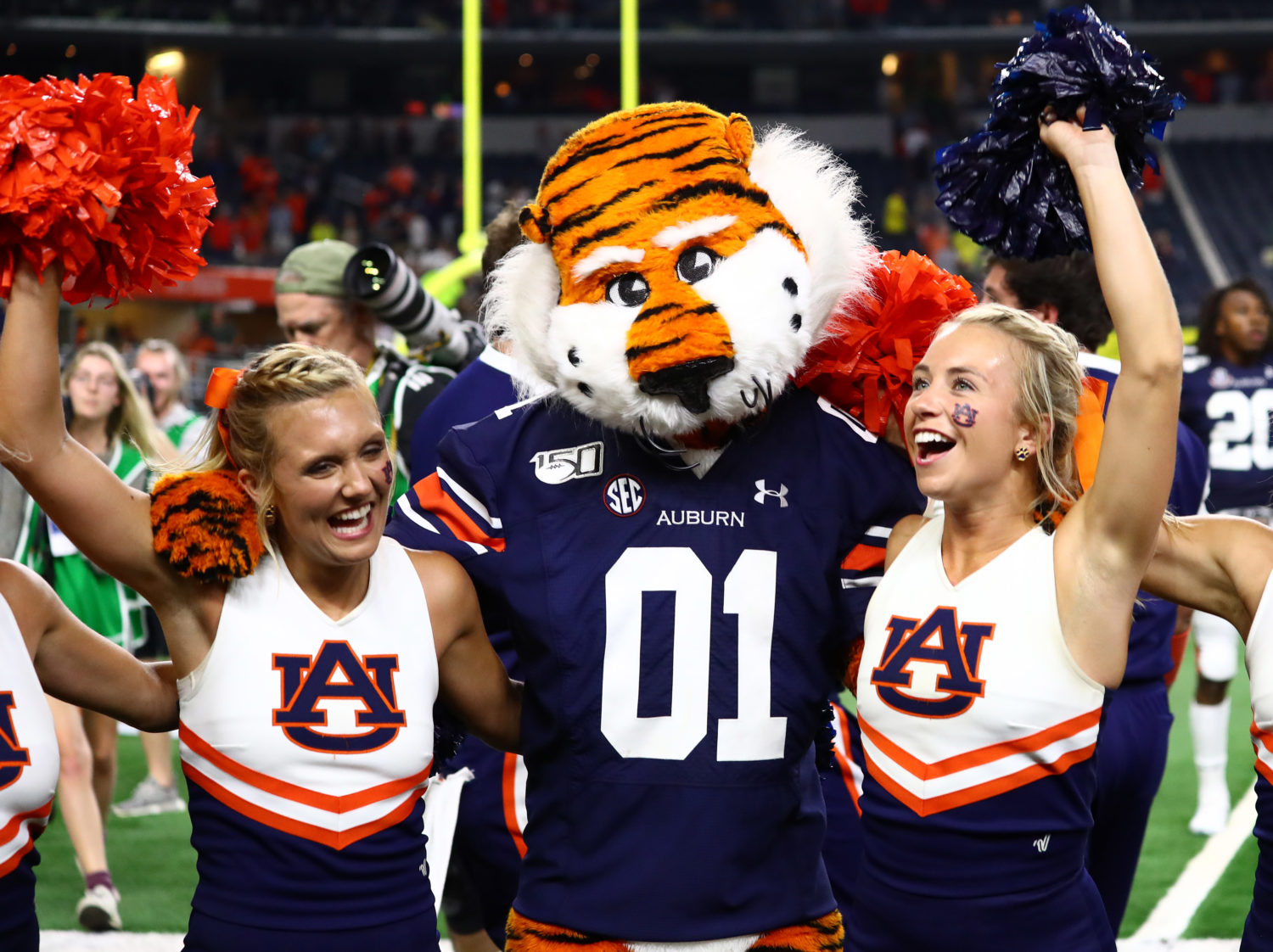 Bye, Auburn Tiger. You’re one Tiger too many in the SEC. Photo by: Matthew Emmons-USA TODAY Sports

How many games will South Carolina win this season?

If I were a South Carolina fan, I’d hold off on booking a bowl game trip.

The Gamecocks are 3-5 and should beat Vanderbilt this weekend (although, as my Mizzou squad found out a couple of weeks ago, the Commodores can be feisty if you take them for granted). However, after that the road gets much tougher. An undefeated (as of Thursday evening) Appalachian State team comes to town on Nov. 9, and then the Gamecocks end the year at Texas A&M and at home for Clemson. Winning two of those three games seems tough.

I see this being a 4-8 season for Muschamp’s bunch. Beating Appalachian “Don’t Call Us Appy” State isn’t a gimme. But, if I were the Gamecocks, I’d keep Muschamp around for one more year. This season had some key injuries and an absolutely brutal schedule. Let’s see what he can do in 2020 before pulling the plug.