SEC issues statement after audio from 'confidential' call was leaked

On Wednesday, the SEC held a call between players, league officials and health experts. However, audio of what was supposed to be a confidential call leaked.

It was revealed that one official said he expects COVID-19 cases on every team, and players expressed their concerns during the call.

After reports on the call started circulating, the SEC took to Twitter to issue a statement on the matter:

Statement from the Southeastern Conference. pic.twitter.com/nBuwlyz8Tb 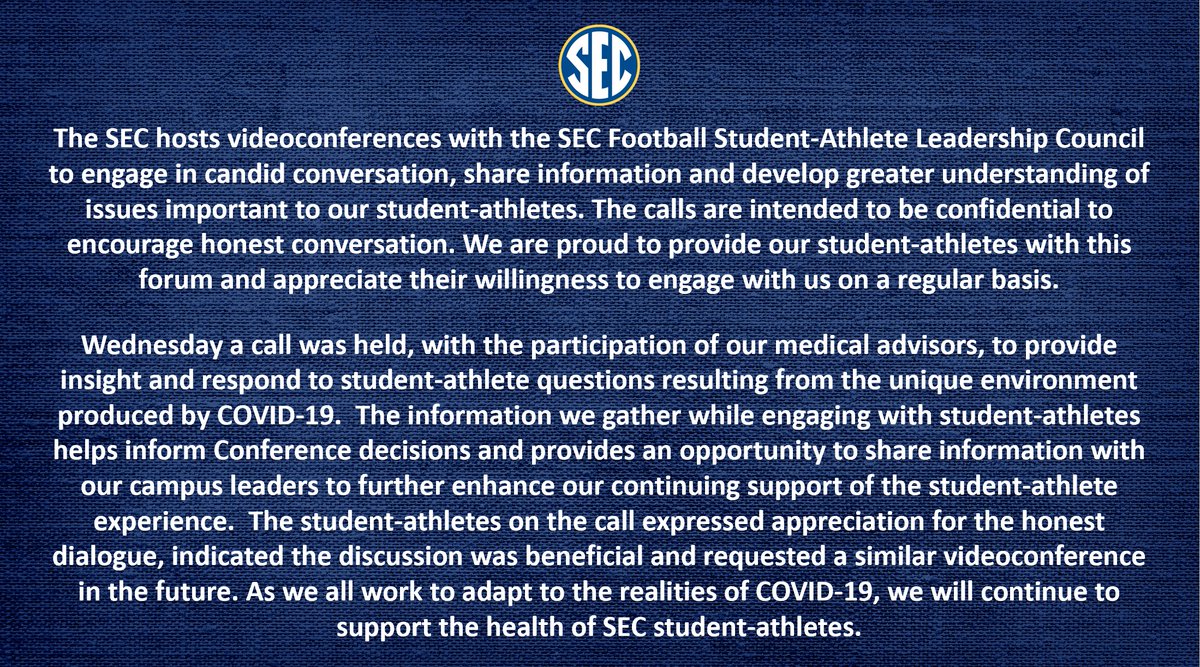 The statement reiterates the conference’s dedication to student-athlete health and safety, which is increasingly difficult during the pandemic.

As we approach the late-September start date the SEC agreed to this week, it’s likely that there will be plenty of additional conversations between officials and players.