Expansion inevitable? SEC Network offers up ideas on how league would look with Texas and Oklahoma

You know the speculation regarding SEC expansion is running rampant when the league’s TV network is throwing out ideas regarding how the nation’s best conference would look if it adds Texas and Oklahoma.

The biggest story to emerge from SEC Media Days 2021 was broke by Houston Chronicle reporter Brent Zwerneman, who also reports an official decision regarding expansion could come within weeks.

According to other reports, Texas and Oklahoma are expected to inform the Big 12 that they plan to leave the conference when the current television contract expires in 2025.

While SEC commissioner Greg Sankey has denied the opportunity to comment on the report, the SEC Network offered up an idea on what expansion would look like should Texas and Oklahoma join the league. This image was presented during Thursday morning’s SEC Now program live from Hoover. 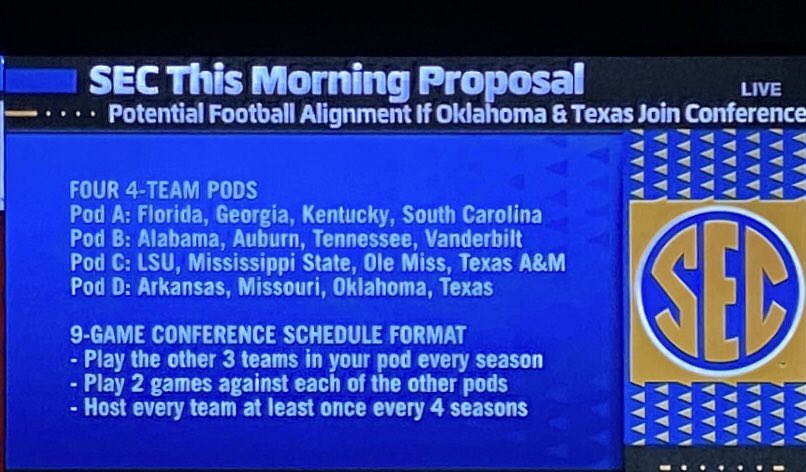