Well that was fun, wasn’t it?

We had an epic Hail Mary, an eye-opening blowout, a big non-conference statement and even some #Pac12AfterDark in what turned out to be a wild Saturday in the SEC.

And while College Football Playoff résumés weren’t etched in stone, there were plenty of conference-wide storylines worth following for the SEC.

I picked five that SEC fans should’ve taken from Saturday:

Of all the teams to flex the SEC’s muscles, Vanderbilt was certainly not the most likely team to do that. But by beating a solid Kansas State team, the Commodores earned a huge non-conference victory for the SEC. The Wildcats are considered a dark horse candidate to win the Big 12. Nobody picked Vanderbilt to do the same in the SEC.

In fact, Vanderbilt became the second unranked Power 5 team to beat a ranked foe in 2017. Who was the first? Maryland. Against Texas.

But back to Vanderbilt. There was something else that was important. It was an SEC defense that stymied what many believed to be a high-powered Kansas State offense. That was how Vanderbilt wanted that one to be played.

After Arkansas got thumped by TCU last week, Vanderbilt evened the head-to-head score with the Big 12. Series disadvantages heading into conference play can linger come Playoff poll time. Vanderbilt helped the SEC avoid one of those.

The SEC might’ve avoided a series disadvantage vs. the Big 12, but it couldn’t do the same against the Pac-12. Like Texas A&M against UCLA, Ole Miss offense hit snooze and blew a second-half lead. 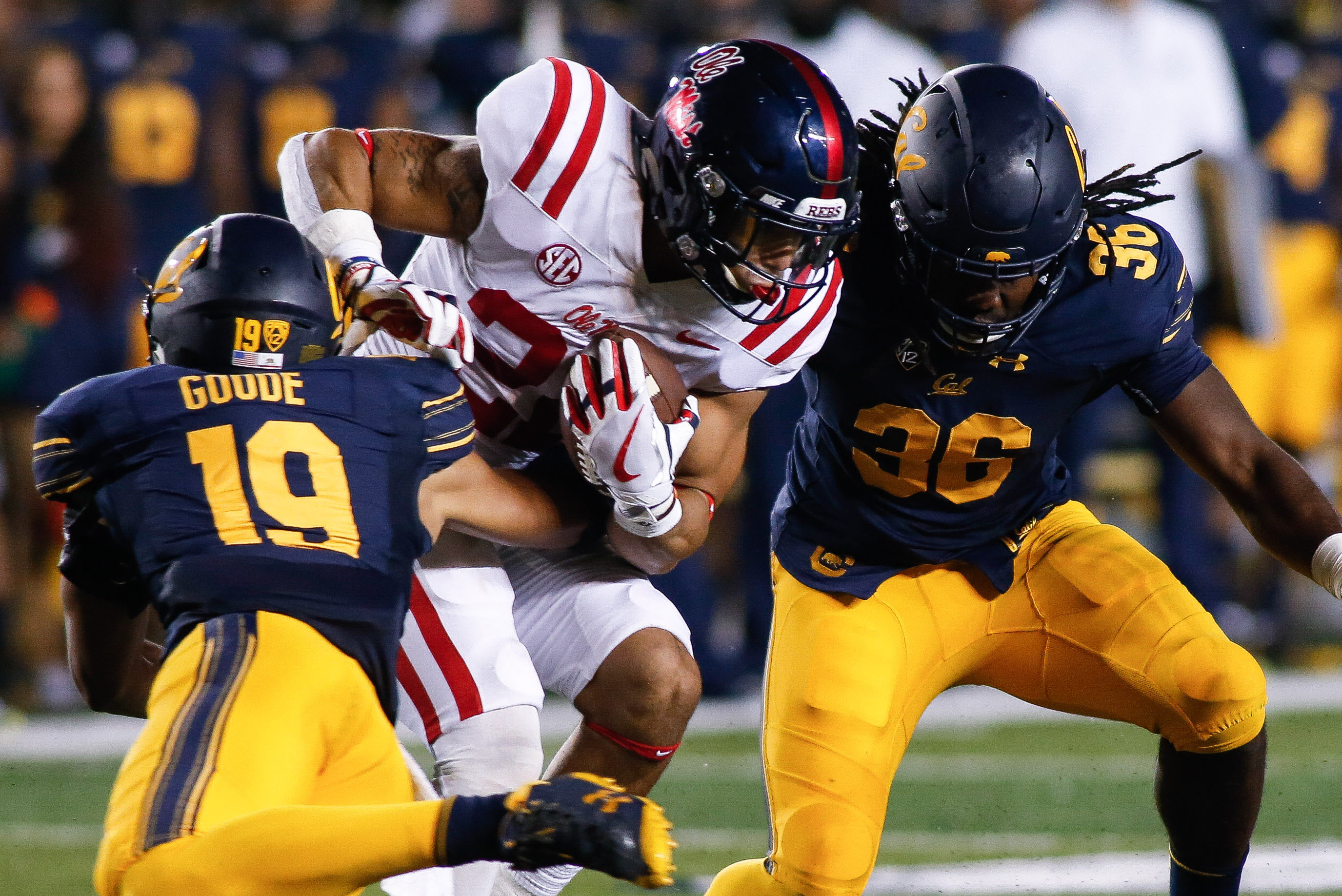 Whatever it was, the SEC won’t have a chance to turn that around for the rest of the regular season, either. You can bet that will be brought up plenty by Pac-12 coaches of teams that are jockeying for Playoff spots.

The Pac-12’s conference supremacy argument took the biggest step forward on Saturday. I’ll explain the second half of that argument later.

Let’s be clear. Nobody is judging the SEC based on the weekly performance of Missouri. And if they are, well, then they aren’t very smart.

But what Missouri’s blowout loss against Purdue did was guarantee that the B1G won the season series against the SEC. Including Michigan’s drubbing of Florida, the B1G outscored the SEC 68-20 in those two victories. The SEC team didn’t score an offensive touchdown in either of them. Yikes.

The question is whether that could come back to bite any SEC teams when those first Playoff rankings come out. Lord knows those underwhelming non-conference showings hurt plenty of Big 12 teams last year. If all things are equal — that’s extremely subjective in itself — that could be a key factor.

4. Did surprising SEC games have any supremacy impact?

That’s an interesting question. On one hand, Auburn and LSU had extremely underwhelming showings. Florida and Tennessee both made their cases why they shouldn’t be Top-25 teams. And South Carolina had a prime opportunity to earn its first Top-25 ranking in three years, but it fell at home to Kentucky.

If anything, the takeaway point was that it was a less than ideal weekend for presumed SEC contenders. That, we know, didn’t help the SEC’s long-term outlook. 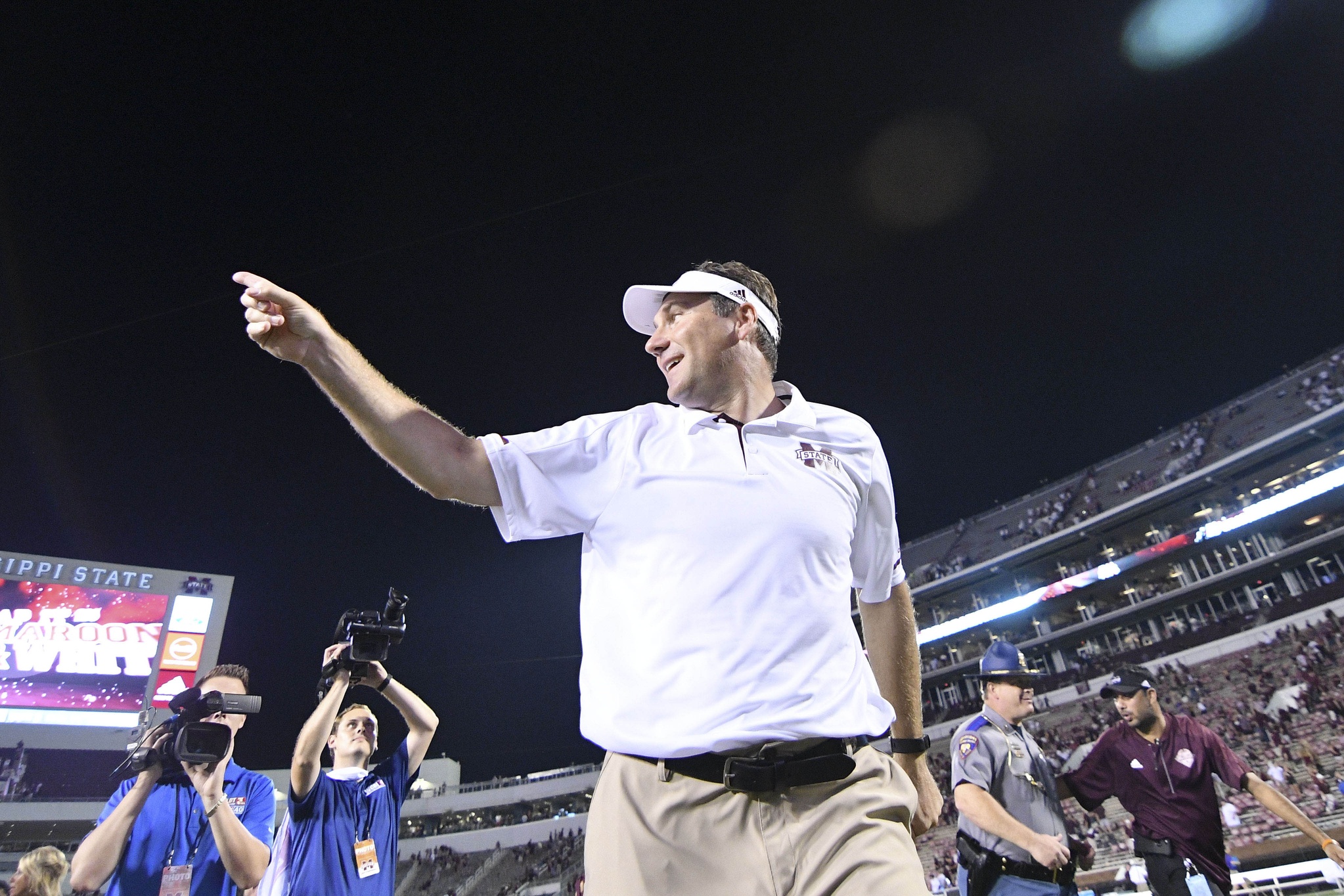 But on the other hand, what about teams like Mississippi State or Vanderbilt? Neither started in the Top 25, yet at 3-0, both looked worthy of such a ranking based on their Saturday performances. They don’t necessarily hurt the SEC. If anything, they just change what the experts thought they knew about the conference.

The problem, however, is if the SEC has wild week after wild week like it seemed to have last year. Parity is entertaining, but with most of the non-conference headliners out of the way, it’ll be hard for the SEC to add anything to its supremacy argument if a handful of teams don’t establish themselves as consistent top-15 squads.

5. SEC’s overall AP poll advantage is up for grabs

If I had a ballot, Florida, LSU and Tennessee would not get a spot in the top 25, but Mississippi State and Vanderbilt would. If that happens, the SEC is still looking at five teams in the AP top 25, including Alabama, Auburn and Georgia.

But honestly, I have no idea if that happens.

The ACC will have at least five teams in the Top 25, though unless Duke somehow earns a spot after beating Baylor (not exactly a tough accomplishment these days), that won’t change.

The more dangerous threat to the SEC’s AP title is probably the Pac-12, which has three locks (USC, Washington, Washington State) two teams that will likely fall out of the rankings after a loss (Stanford and UCLA) and at least four teams that could easily slide into the back end of the top 25 (Utah, Cal, Oregon, Colorado).

No, the Pac-12 isn’t getting seven teams in the Top 25 on Sunday. I don’t think. But it does seem likely that at the very least, the SEC is no longer the lone leader of teams in the AP poll.

Would that mean the SEC isn’t worthy of holding on to my imaginary conference supremacy belt?

As of right now, I don’t think anyone is.