There are some huge games on the Week 11 schedule in the SEC, highlighted by the SEC West showdown in Oxford between Texas A&M and Ole Miss and No. 1 Georgia’s visit to Tennessee.

On Wednesday, ESPN’s Bill Connelly released his weekly SP+ predictions, which are created using a computer model that he has described as an “opponent- and tempo-adjusted look at the most sustainable and predictive aspects of college football. It is intended to be predictive and forward-facing.”

Many believe the Volunteers’ high-powered offense will be the toughest test that the vaunted Bulldogs’ defense has faced this year, and SP+ sees that as being the case as well.

The SP+ model has Tennessee losing 34-20, but that would be closer than the current point spread of 20 and would represent the most points that Georgia would have allowed this season.

As for the closest SEC game of the weekend, SP+ can’t pick a winner between Missouri and South Carolina, as it has the game finishing tied at 28, which obviously won’t happen. In that matchup, the Tigers are favored by a point.

Here’s a look at what the SP+ model predicts for all of the week’s SEC action: 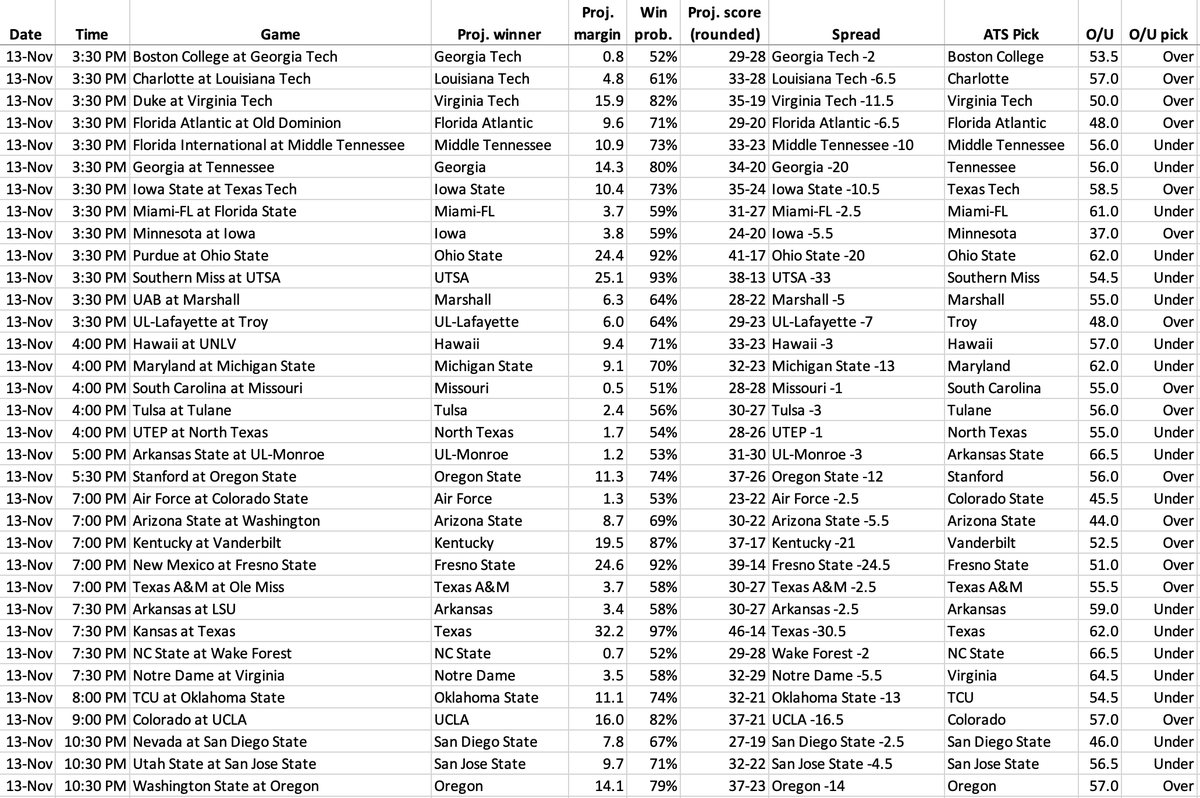