On Monday, 4 finalists for the 2021 Heisman Trophy were announced. While only those 4 players will go to New York City for the award ceremony, on Thursday we learned the top-10 finishers for the stiff arm trophy.

ESPN revealed that Jordan Davis, Matt Corral and Will Anderson were the SEC players to join Bryce Young in the top 10 of Heisman votes received. 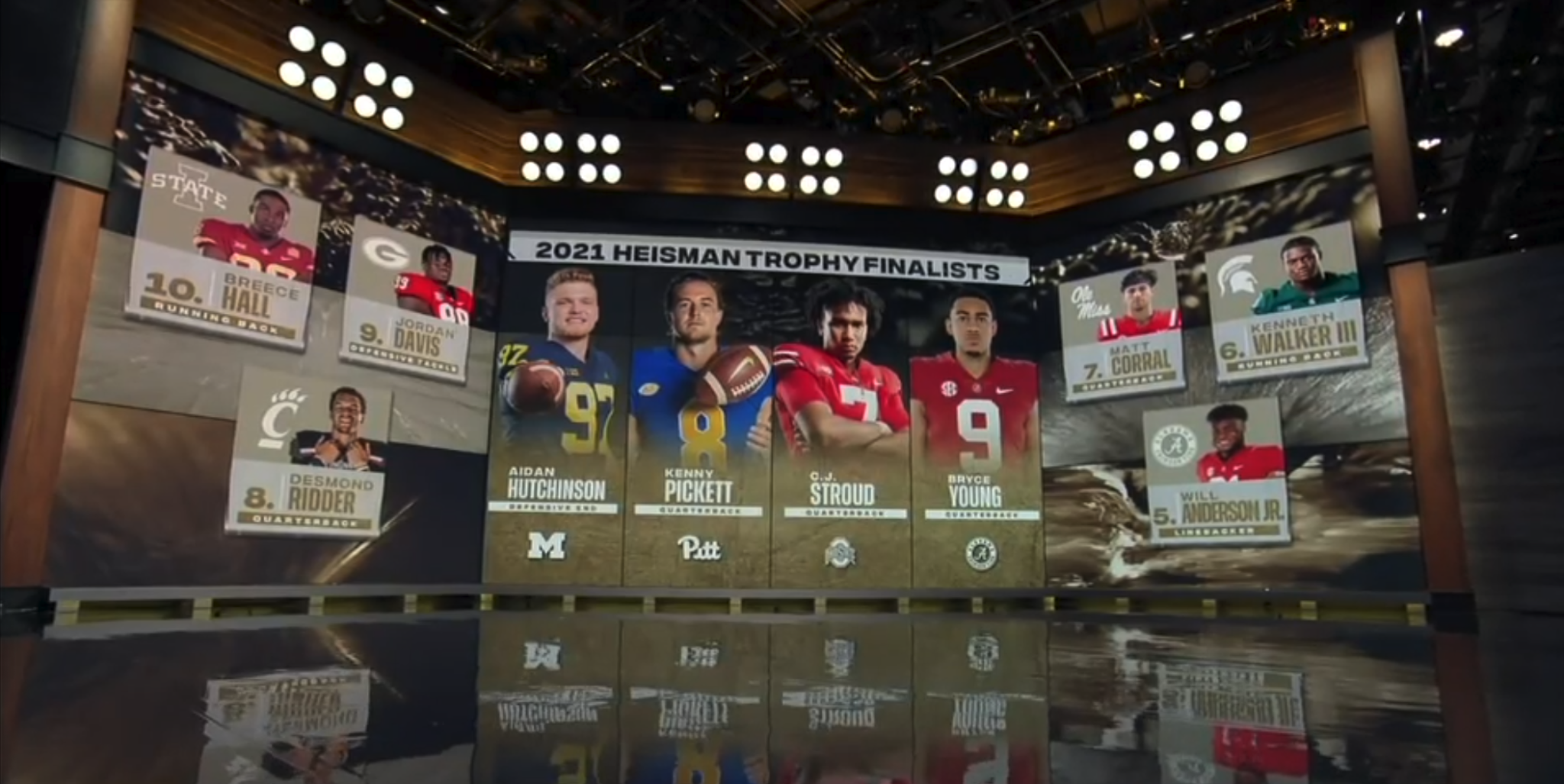 Andrew Olson
A former beat reporter, Andrew Olson is a news manager for Saturday Down South.
RECENT ARTICLES
SEC
NCAA reveals ruling on eliminating yearly 25-scholarship limit in college football
SEC
Where every SEC coach stands in CBS Sports' ranking of all 65 Power 5 head coaches
SEC
These 4 SEC teams benefited the most from not losing QBs to the transfer portal in spring
SEC
Danny Sheridan identifies 1 dominating preseason trend that Alabama, Georgia and Ohio State have in common