Case closed, right? Apparently no, as Smith went on a Twitter rant on Wednesday and Meyer released a strange statement on Friday morning.

As you can see below, Meyer released a long statement defending himself and citing parts of the investigation released by Ohio State: 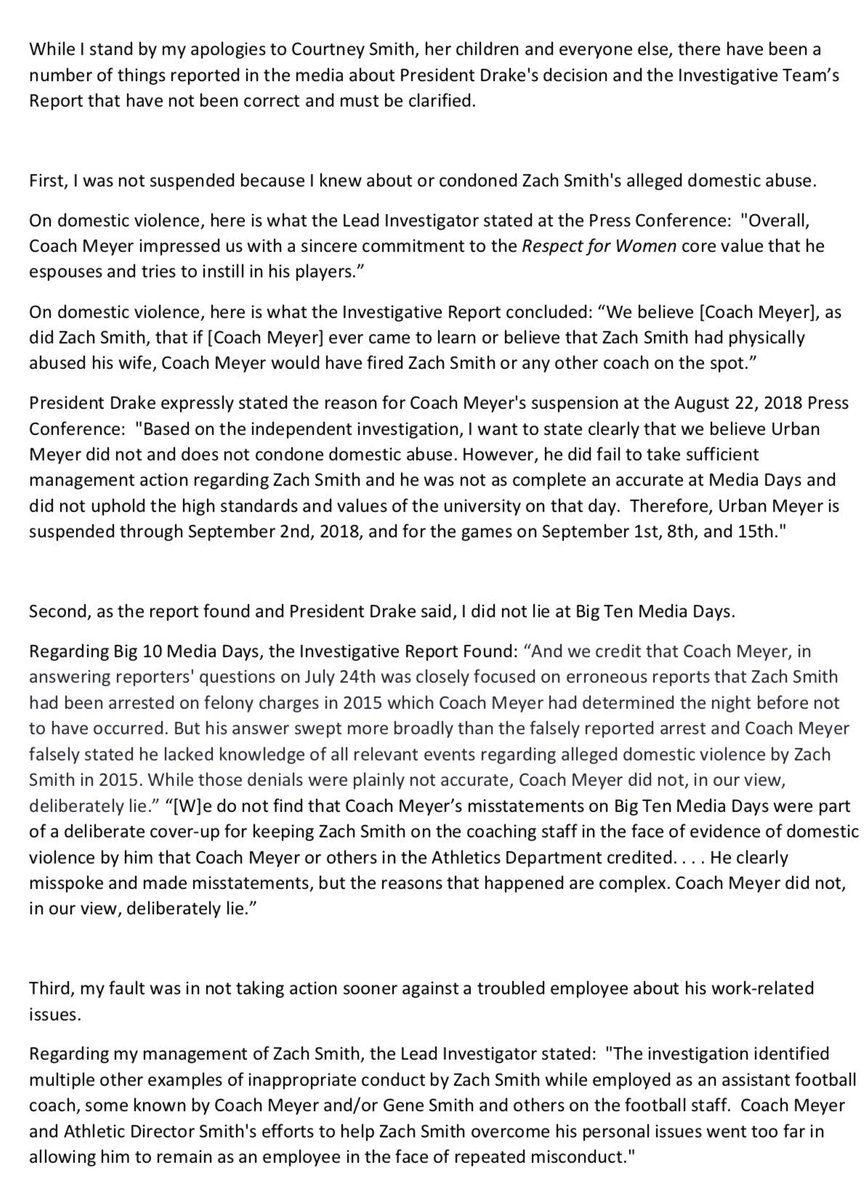 Meyer seems to be on the defensive after more information has continued to come out following the suspension announcement.

What the next step in this case ends up being is anyone’s guess, but it’s seemingly going to get stranger before it gets better.