It’s gone from bad to worse at quarterback in the SEC. What was once a bumpy ride on a country road has become a 14-car pileup on the freeway.

Chad Kelly of Ole Miss, unquestionably the premier passer in the conference at Media Days, is out for the rest of the season with a torn knee. Even when he was healthy, the Rebels were losing and he wasn’t playing up to his ability.

About half the league is expected to start a QB that wasn’t at the top of the depth chart when 2016 began. Jason Pellerin takes over for the aforementioned Kelly. Austin Appleby takes over for Luke Del Rio — a second time, mind you — at Florida. Jake Hubenak takes over for Trevor Knight at Texas A&M, too.

Fortunately, one of the more fresh faces has turned out to be a pleasant surprise. South Carolina’s Jake Bentley is 3-0 as a starter and has clearly put both Perry Orth and Brandon McIlwain in his rearview mirror.

Here are my quarterback rankings entering Week 11. Due to to all the injuries and ineffectiveness, average players keep moving up by default.

It might be a blessing in disguise for Florida that Del Rio is hurt again. He was awful in this past Saturday’s beatdown at Arkansas.

Nevertheless, Gators coach Jim McElwain didn’t go to the bullpen at any point to see if Appleby could light a spark offensively. He knows his team better than anyone. If Del Rio is indeed that much better than Appleby … eesh.

In his eight quarters as a starter, Appleby was great for a half at Tennessee before falling apart. He stunk it up at Vanderbilt a week later.

While Pellerin has played in spot duty here and there, it’s primarily been as a running option in short-yardage and goal-line situations. 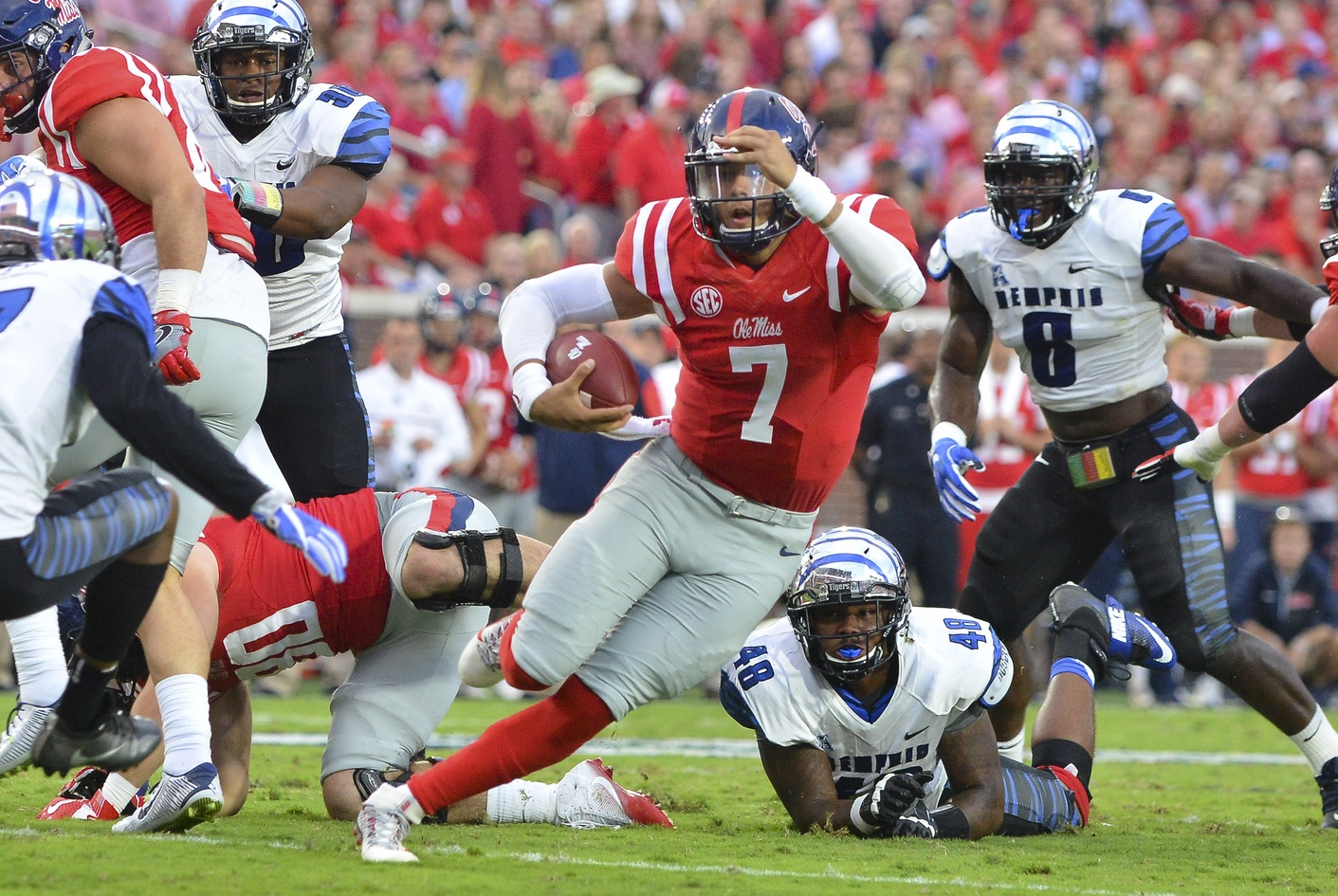 He threw 3 passes against Wofford, 5 against Georgia and 5 more against Georgia Southern. Somehow, Pellerin was intercepted once in each contest. Of the 13 passes he’s thrown this season, almost a quarter of them have been picked off.

In a 31-21 loss at South Carolina, Lock completed fewer than 60 percent of his passes for the fifth consecutive game and fired 2 more INTs.

Lock was thrown to the wolves as a true freshman last season. But this year, yards and touchdowns aside, we should be seeing more by now.

Vanderbilt hung tough with Auburn on the road in Week 10 and actually had a chance to tie the game late in the fourth quarter.

Shurmur’s numbers weren’t anything to brag about necessarily: 24-of-36 for 221 yards with 1 TD and 1 INT. But considering the state of the Vandy passing attack in 2016, that’s a quality performance against a talented defense.

Accuracy has been an issue for Shurmur since Day 1. His completion percentage of 66.7 against the Tigers was a career best, though.

Another signal caller ascending the list even if his results don’t warrant it, Johnson leads a Kentucky program curiously still in contention.

Running backs Stanley “Boom” Williams and Benjamin Snell Jr. are the yin and the yang offensively for the Wildcats, as Johnson was only 10-of-20 for 103 yards with no touchdowns and an interception in a home loss to Georgia.

He’ll have to do more if UK truly wants to make the blue bloods in the East nervous. The ‘Cats aren’t there just yet.

Perhaps unfairly punished for not getting anything done against No. 1 Alabama, the fact remains that Etling was shut out at home.

The Purdue transfer was just 11-of-24 through the air for 92 yards. He failed to throw a touchdown for the second time in his past four starts. Also, he was picked off once. The Crimson Tide simply brought too much pressure.

The best thing Etling has going for himself at LSU is that he’s not Brandon Harris. Still, some Tigers fans were calling for Harris to come off the bench vs. ‘Bama.

It was right to hold your horses on Bentley after he beat UMass. Even the win over Tennessee might have been a bit of a fluke. 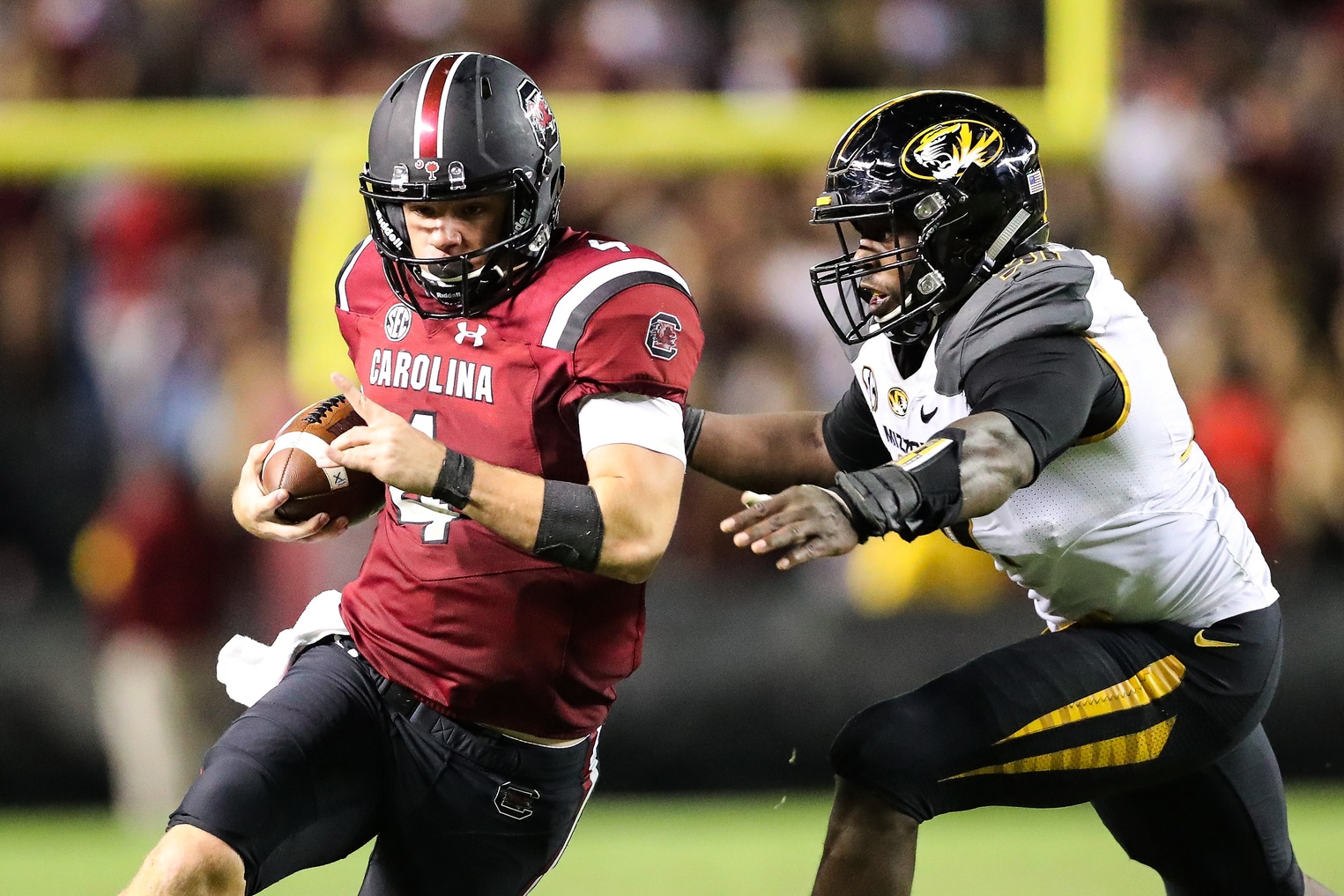 But with a third consecutive victory, over Missouri, to begin his career, the Gamecocks appear to have found their future under center. Both his completion percentage and yards per pass have gone up in each game.

Bentley has thrown 2 TD passes in three consecutive starts. He’s yet to be intercepted, too. The true freshman might have saved South Carolina’s season.

Texas A&M coach Kevin Sumlin revealed Tuesday that Knight is sidelined for at least the remainder of the regular season.

Unlike some of the other new starters around the SEC heading into Week 11, Hubenak has somewhat of a track record in the best conference in America. Taking over for Knight in the Mississippi State game, he was 11-of-17 for 222 yards.

Sumlin will have to make adjustments to his scheme, though. Hubenak isn’t a threat to score all those TDs out of the read-option.

Best of all, the five-star phenom was at the top of his game when Georgia needed him most. Eason drove the Bulldogs 67 yards on nine plays in the final 2:47 to set up the game-winning field goal. He was 4-of-4 for 42 yards on the march.

Eason doesn’t have anything resembling a signature win this season, but knocking off red-hot Auburn at home in Week 11 would certainly qualify.

As a passer, Fitzgerald can be hard to watch. So many of his throws are predetermined. He’s not one to go through his progressions calmly.

But as a runner, you have to give the 6-foot-5, 230-pounder some credit. He’s incredibly difficult to tackle at that size and has proven to be remarkably nimble in the face of chaos. His 839 yards rushing are far and away best in the SEC among QBs and fifth overall in the SEC.

What Fitzgerald lacks in traditional skills, he makes up for it with unadulterated effectiveness. He must limit his turnovers, though.

Yes, it was Tennessee Tech, but Dobbs put together one of the most impressive stat lines thus far in the conference.

No longer clashing with departed running back Jalen Hurd, Dobbs was 12-of-13 passing for 183 yards with 3 touchdowns and 0 interceptions in a 55-0 shellacking. It was the first time all season he didn’t throw a pick.

Dobbs is now just one off the league lead with 18 TD passes. Unfortunately, he’s still dubiously out in front with 11 INTs.

Whether he was truly injured or just handed some sort of under-the-radar suspension, White didn’t play the first half against Vanderbilt. 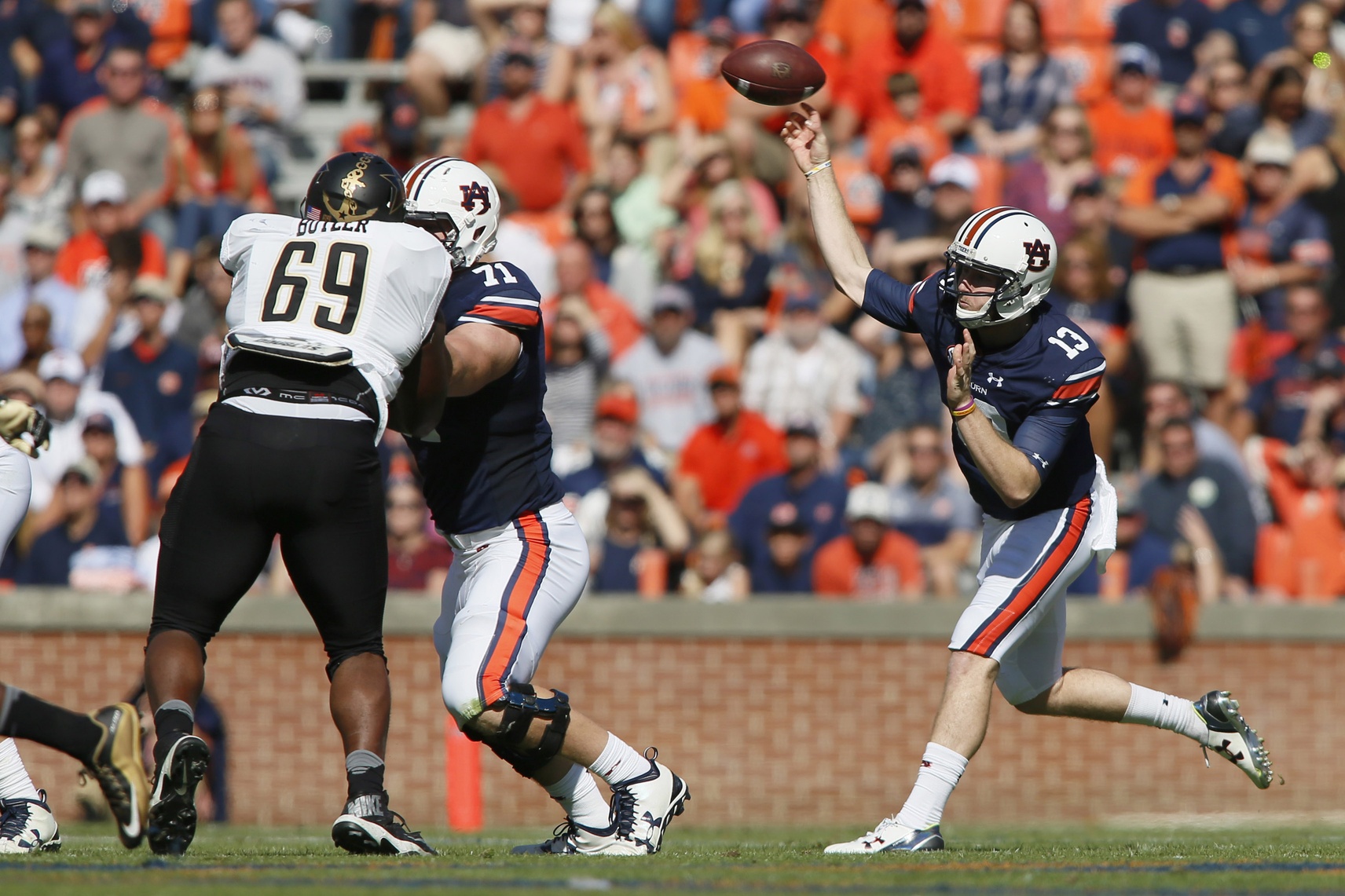 Auburn fans were quickly reminded why he is the best option for this offense in 2016. John Franklin III was an anemic 2-of-4 for 9 yards before White returned to the lineup after intermission. He was precise on 10-of-13 passing.

Even if his 9 TD passes in nine games is nothing to brag about, White has only thrown 2 picks in 178 attempts this season.

Allen wasn’t super sharp in a 31-10 defeat of Florida, but the Gators have all kinds of talent at every level defensively.

While he threw an interception early that was returned for a touchdown, Allen recovered to connect on 15-of-26 passes for 243 yards. With UF’s offense laying an egg most of the afternoon, he limited his mistakes down the stretch.

Kelly is sidelined for the remainder of the season, so Allen has a fair chance to be named first-team All-SEC at year’s end.

It was a defensive slugfest in Death Valley. Without question, it was the most hostile environment Hurts has been subjected to yet.

Through the air, the true freshman was just 10-of-19 for 107 yards with 1 INT. But on the ground, after getting bottled up early, he eventually found some holes and finished with 20 carries for 114 yards and the night’s only touchdown.

With three games left in the regular season, all at home, Hurts likely won’t be tested until the finale against hated Auburn.