Getting key players back is a huge boost for FBS football teams every year. No one wants to have to start from scratch every year.

But, obviously, some teams have more returning production than others as we prepare for the 2022 college football season.

ESPN’s Bill Connelly ranked the 131 FBS squads in terms of returning production, as you can see below. BYU was the No. 1 team in the country. As for the SEC, Mississippi State led the way at No. 12 nationally, returning 80% of its production from 2021:

* BYU jumps to the top of the list
* Hawaii dives to the bottom
* Ohio State’s still top-25, which is almost unheard of for an elite team. pic.twitter.com/04SBo3Svlf 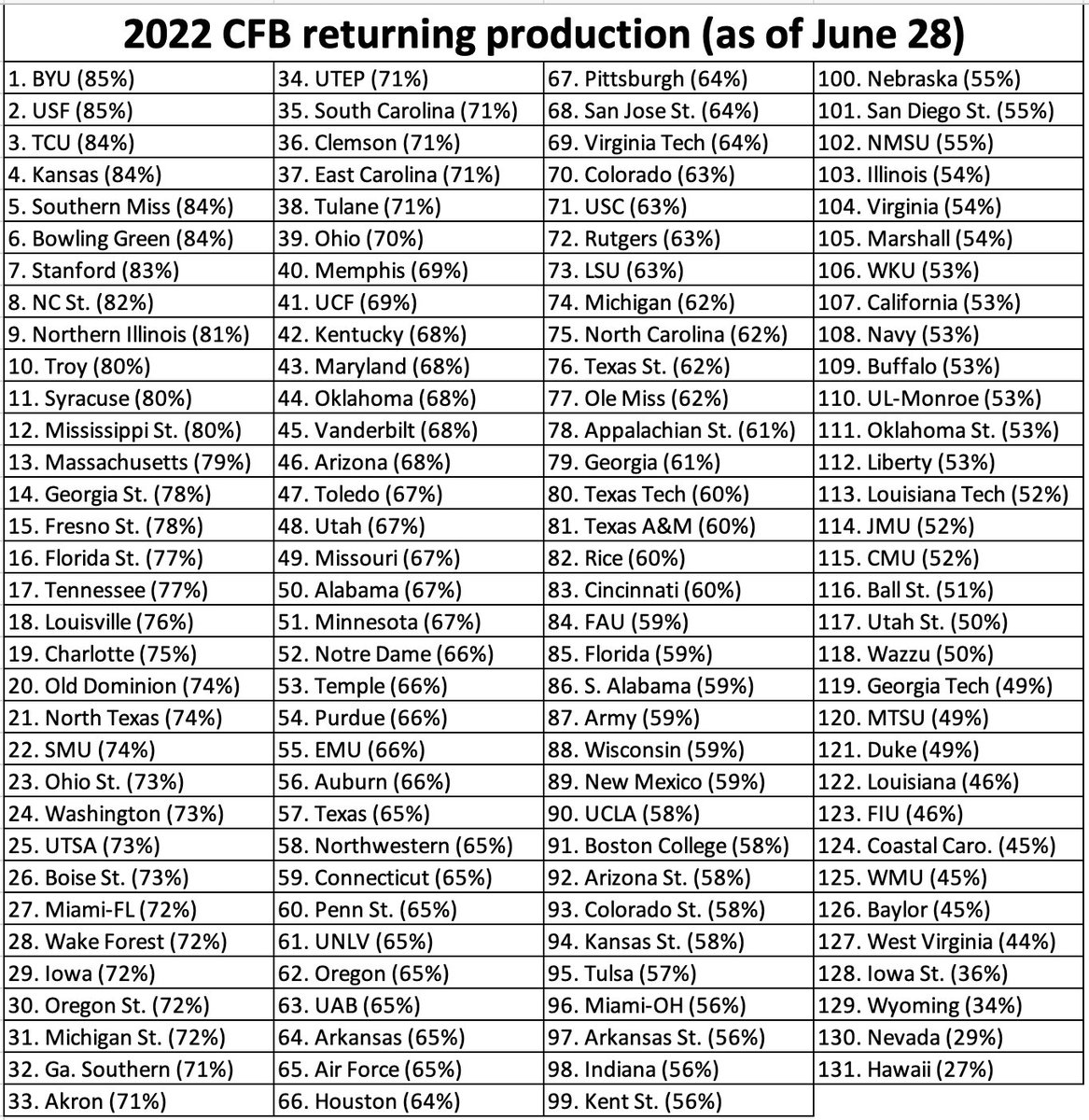 Here’s where all 14 SEC teams stand in Connelly’s rankings:

Will Mississippi State and Tennessee benefit from having more returning production than their SEC counterparts? We’ll see how things play out this fall!