The South Carolina Gamecocks have lost a ton of talent from their 2021 recruiting class since firing coach Will Muschamp.

Now, they’ve suffered their sixth decommitment since the coaching change was made, and this one hurts, as it was the highest-rated remaining player in their class.

As you can see below, 4-star OLB Trenilyas Tatum out of Georgia announced via Twitter that he was decommitting from South Carolina and flipping to Georgia Tech: 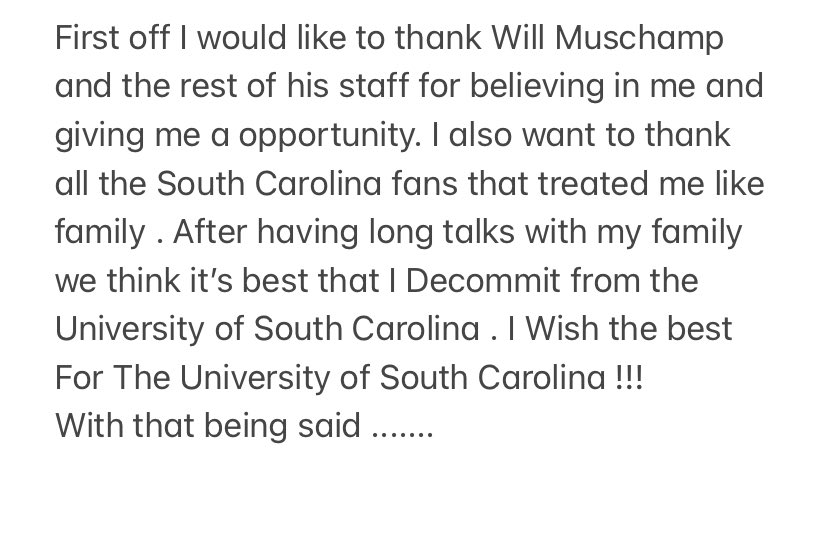 Per the 247Sports composite rankings, Tatum is the No. 25 outside linebacker in the 2021 class and the No. 29 overall recruit from the state of Georgia.

The Gamecocks are now down to 10 players in their 2021 recruiting class. Prior to Tatum’s decommitment, the class was ranked No. 79 nationally and No. 14 in the SEC, per 247Sports.