College football fans who follow recruiting are aware that prospects name their top teams throughout their recruitments. Some recruits will name a “leader” in an interview, but top-team lists shared on social media typically make the point of saying they’re in no order as prospects like to keep everyone guessing. The No. 1 player in South Carolina decided to take a different approach.

Gaffney defensive tackle Tyrion Ingram-Dawkins divided his top teams into “leaders,” “contenders,” and “dark horses” in a graphic naming his all-SEC final 4 posted to his Instagram story on Friday. The elite defensive tackle has the home state Gamecocks and Tennessee Volunteers as his leaders while Georgia is tabbed as a contender with Alabama being the dark horse among his final 4.

Listed at 6-5, 298 pounds, Ingram-Dawkins is rated 4-stars, the No. 1 recruit in South Carolina, No. 17 defensive tackle and No. 282 prospect overall nationally on the 247Sports Composite. He has received 26 scholarship offers. 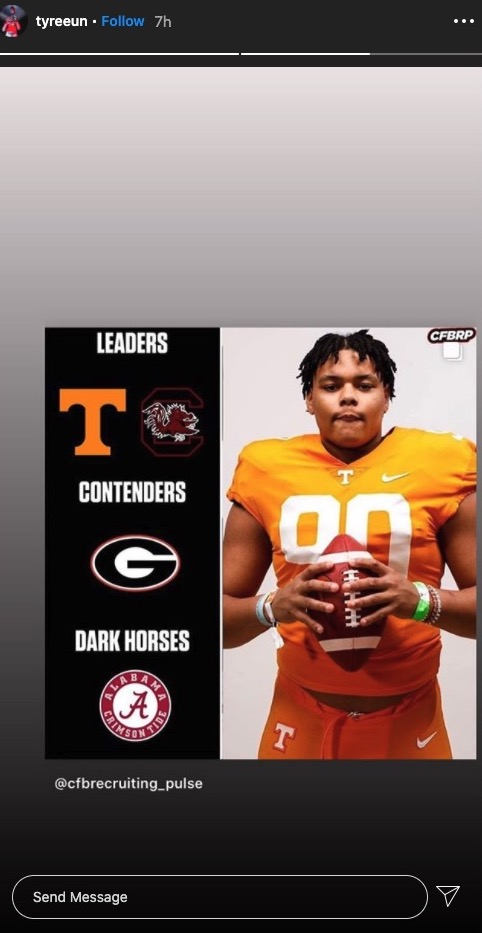