Jake Bentley’s time in Columbia has come to an end.

The South Carolina quarterback made the news official on Monday after four seasons in Columbia. Bentley is not leaving for the NFL, he plans on finishing his college career at a new school. While Bentley was a senior this season, he was able to redshirt this season after only playing in South Carolina’s opener against UNC. The senior was injured during that game and was forced to miss the rest of the season.

Bentley will now become one of the biggest names in the NCAA transfer portal and will likely be a hot commodity this offseason.

During his college career, Bentley threw for 7,527 yards with 55 touchdowns and 32 interceptions for the Gamecocks. He completed 62.5 percent of his passes for his career and rushed for another 143 yards and eight scores.

He made his announcement with the following graphic: 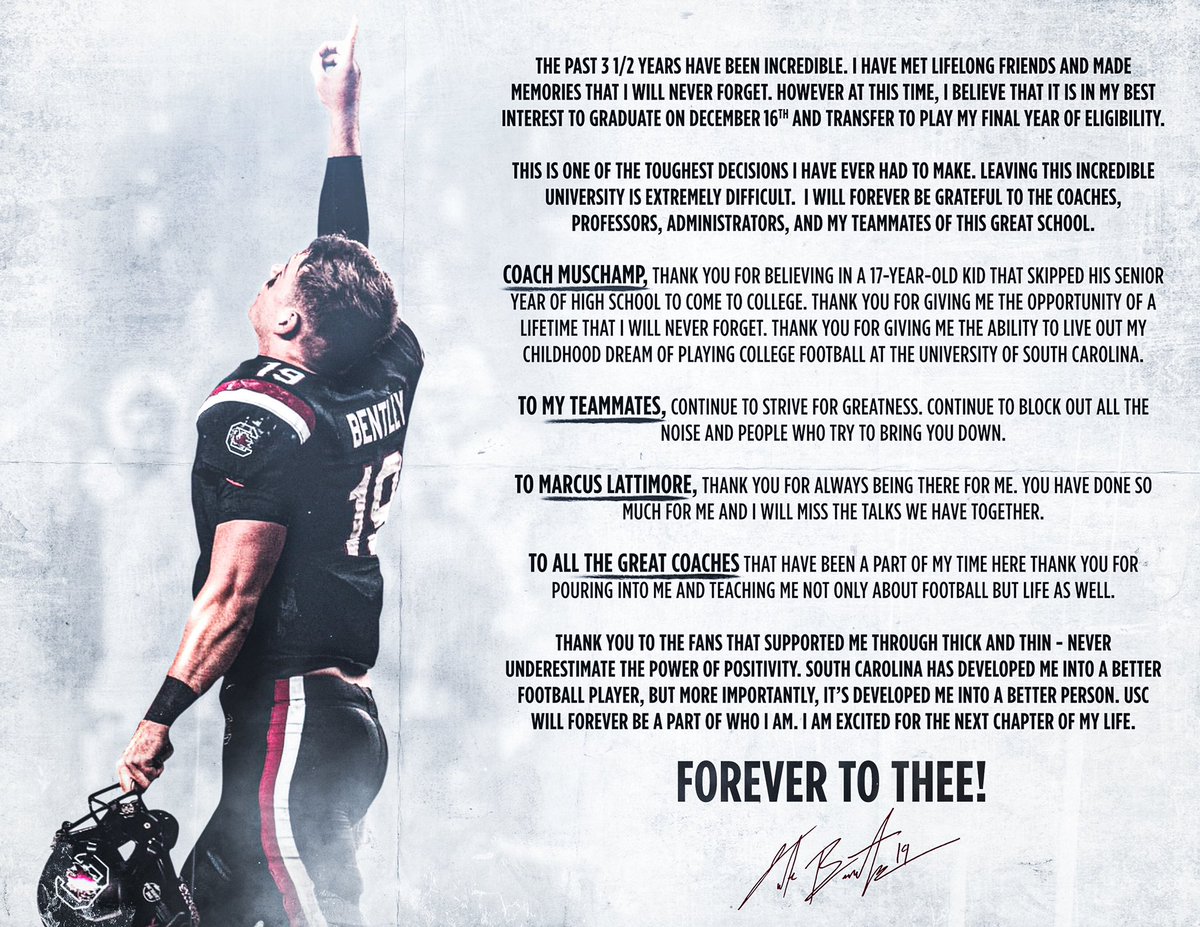 TRENDING
58,148 READS
O'Gara: 10 preseason SEC takes and predictions that I'm already doing a 180 on
51,772 READS
Bomani Jones on Georgia's QB situation: 'I would rather have Anthony Richardson than Stetson Bennett'
23,016 READS
Nick Saban announces Alabama defender out for 2022 season with knee injury