Well, this is a new one.

It appears Justin Minaya desperately wants out of South Carolina.

After averaging seven points and just over six rebounds per game last season for the Gamecocks, Minaya has just declared for the 2021 NBA Draft and the NCAA transfer portal.

You read that correctly, he just announced he’s entered them both at the same time.

Minaya started 19 of the 20 games he appeared in this season for the Gamecocks with 75 starts in 79 total appearances during his college career. 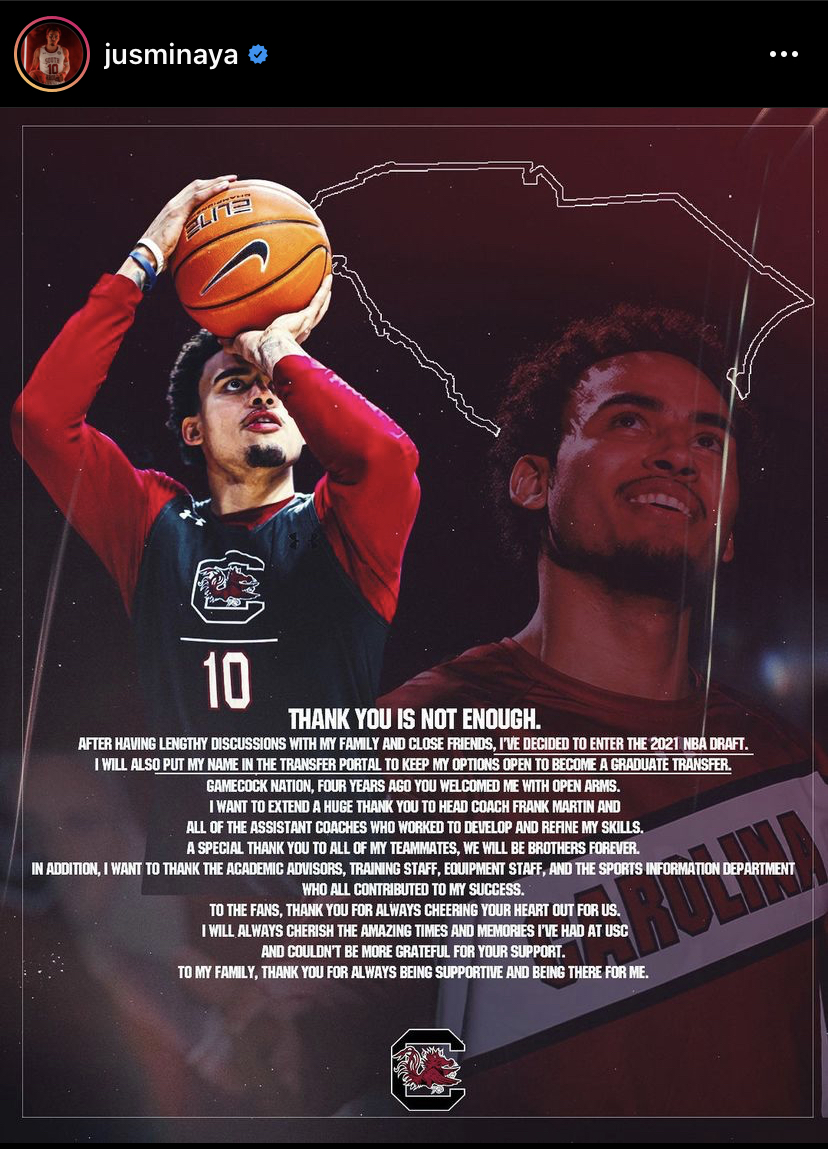