South Carolina loses commitment from 2023 safety out of Florida

South Carolina has been piling up the commitments for its 2023 recruiting class, but on Sunday, the class took a hit.

That’s because 3-star 2023 S Cameron Upshaw Jr., a native of Perry, Florida, revealed he was decommitting from the Gamecocks.

As you can see below, the talented safety took to Twitter to thank the Gamecocks and announce he was reopening his recruiting process: 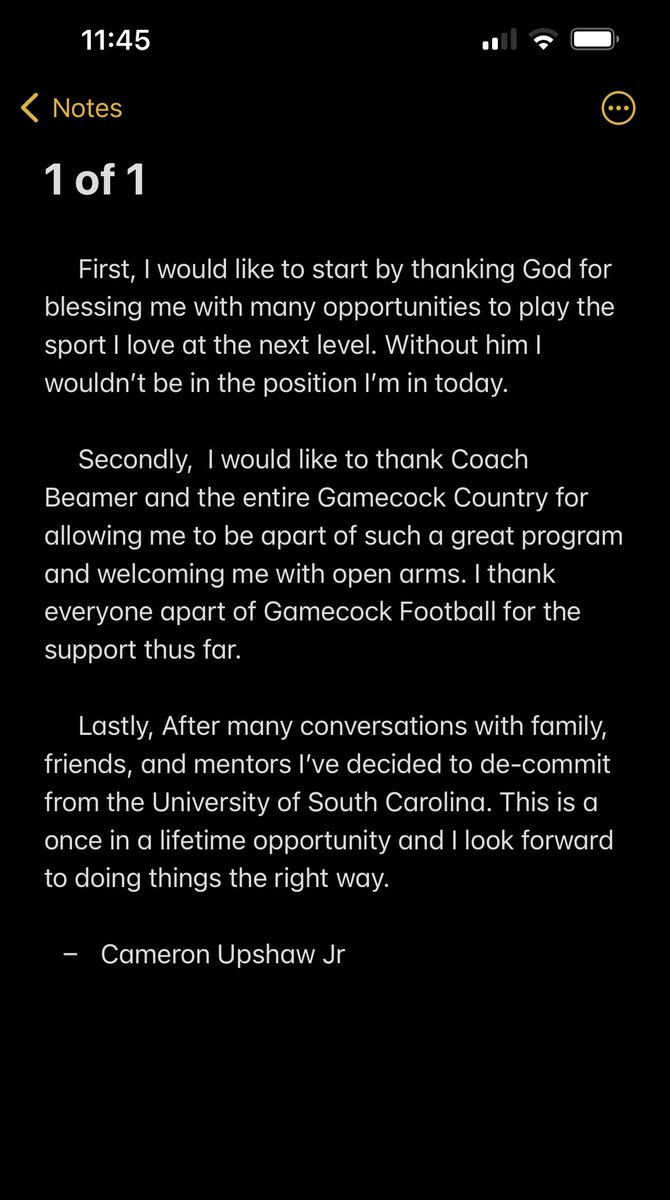 Per the 247Sports composite rankings, Upshaw is the No. 68 safety in the class of 2023 and the No. 123 overall recruit from the state of Florida.

The Gamecocks are now down to 14 players in their 2023 recruiting class, which currently ranks No. 26 in the nation, per 247Sports.