Ainias Smith has proven himself to be one of the most versatile players in the SEC in recent years.

Texas A&M was probably pretty worried he would leave for the 2022 NFL Draft, but that doesn’t appear to be the case.

As you can see below, the speedy receiver who is also dangerous out of the backfield announced via Twitter that he was returning for his senior year in 2022: 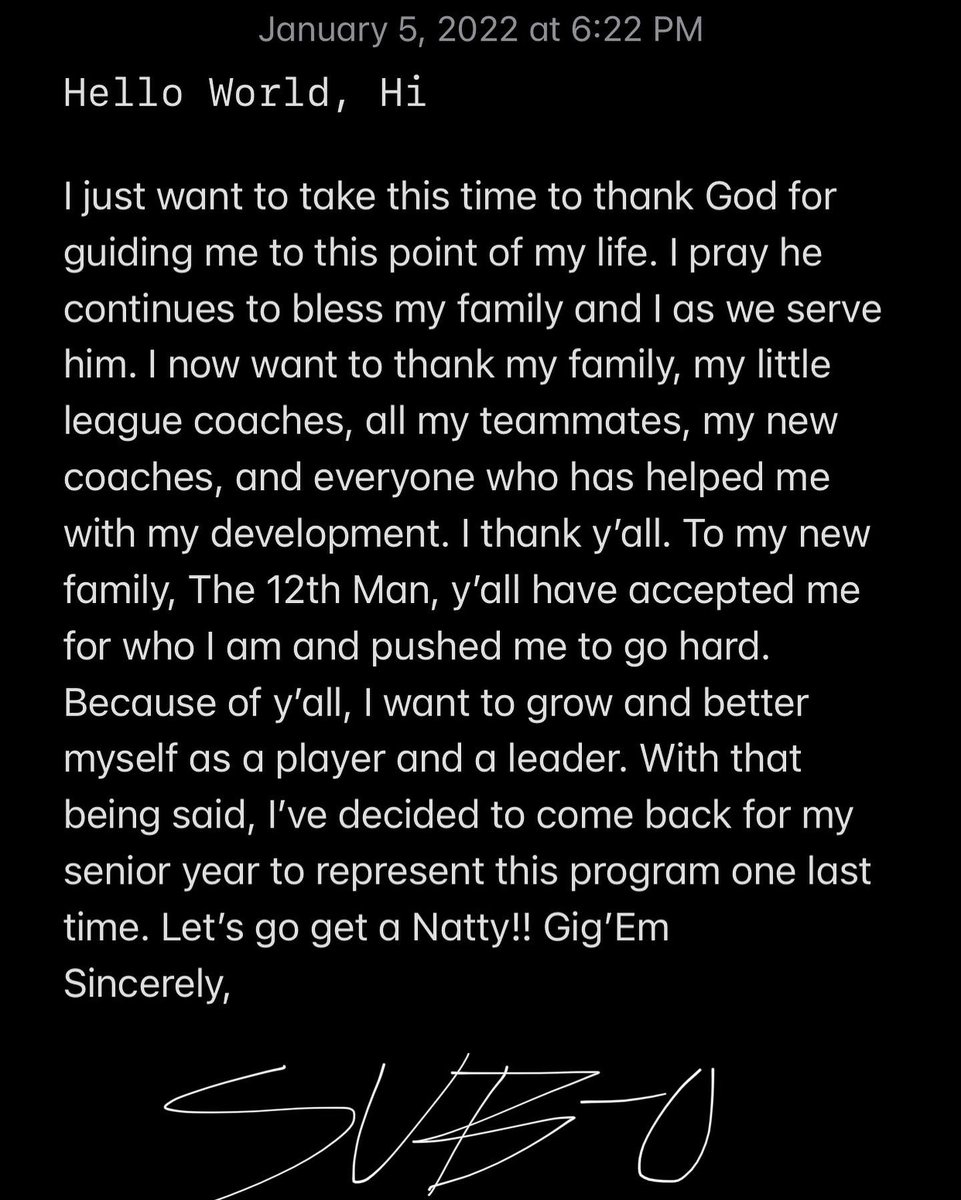 Smith led the Aggies with 47 catches and 6 touchdown receptions in 2021. He finished second on the team, behind only star TE Jalen Wydermyer, with 509 receiving yards.

Texas A&M’s quarterback situation figures to be more stable in 2022, so perhaps Smith can put up some huge numbers.