ESPN's Booger McFarland won't bow down to Myles Garrett, neither will NFL

You’re not in College Station anymore, Myles Garrett. Get used to the idea now: The NFL isn’t going to kiss your ass at every turn.

Garrett, the presumed No. 1 pick in this month’s NFL Draft, refused to be a guest on ESPN Radio’s “Mike and Mike” on Monday morning because SEC analyst and LSU product Anthony “Booger” McFarland was a part of the broadcast.

Unlike seemingly every member of the media attached to the Texas A&M program — across the entire college football landscape, really — McFarland has dared to be critical of Garrett’s play heading into the draft. Considering the fact that McFarland is a former first-round pick himself and won a pair of Super Bowls, his opinion carries weight.

Going through ESPN’s “car wash,” Garrett later made an appearance on “Rusillo and Kanell” and was asked about skipping out on “Mike and Mike”:

“I just don’t appreciate the kind of negativity and bias that he shows for some guys, and I don’t feel like I should have to sit there and take that. I have no problem sitting on it and taking criticism from anybody, but it’s just bias. When he has showed bias toward a certain team or a certain player and then spouts negativity to everybody else, it just doesn’t sit well with me.”

Garrett is talking out of both sides of his mouth. On one hand, he says he has “no problem” taking criticism. But on the other, he clearly has an issue with McFarland’s brand of analysis and hides behind the lazy “bias” excuse.

McFarland last played at LSU in 1998. Texas A&M didn’t join the SEC until 2012, you’ll recall. Why Garrett thinks McFarland has built-in hate for the Aggies — or Garrett specifically, for that matter — is a mystery. He played A&M once in his career, losing as a freshman in ’95. I doubt he’s been holding a grudge ever since. 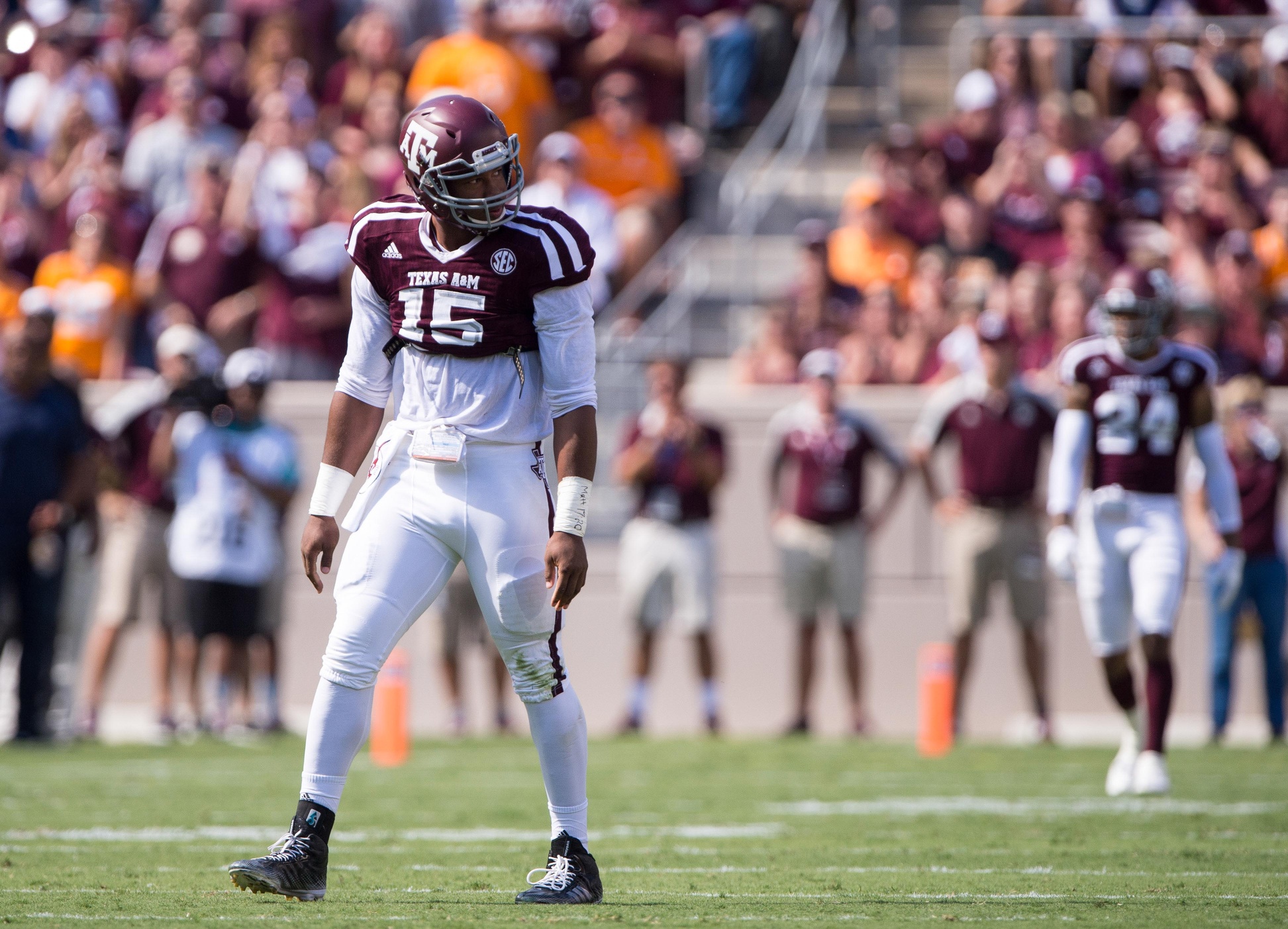 Speaking later on “The Paul Finebaum Show,” McFarland pointed out that NFL beat writers typically don’t punch with kid gloves like their college colleagues oftentimes do:

McFarland has never suggested that Garrett is a bust in the making. However, he does have concerns about his down-to-down desire to defend the run. He’s not exactly alone in making that part of his evaluation, either.

All Garrett had to do was sit down, answer a non-confrontational question or two from the likeable McFarland and be done with it. Instead, he bailed at the last minute — literally at the commercial break prior to his scheduled segment — and created a headline out of thin air. And that headline makes Garrett look like a spoiled brat.

Maybe Garrett should check in with another pass rusher from the SEC who was graded quite similarly heading into the draft.

Jadeveon Clowney was Garrett at South Carolina before Garrett was Garrett at Texas A&M. Possessing a freakish blend of size, speed and athleticism, he was a no-brainer choice for the Houston Texans back in 2014.

It certainly didn’t take long for Clowney to be mauled by the media — both local and national — on a daily basis. He only suited up for four games as a rookie due to injury. He missed a handful more in Year 2 and wasn’t particularly productive when he did play. While he made the Pro Bowl in 2016, he recorded just 6.0 sacks.

If Garrett ends up going No. 1, he’ll be headed to the Cleveland Browns. They’re arguably the worst organization in sports.

Since getting it right with one-time Florida cornerback Joe Haden in 2010, Cleveland’s first-round picks have been Phil Taylor, Trent Richardson, Brandon Weeden, Barkevious Mingo, Justin Gilbert, Johnny Manziel, Danny Shelton, Cameron Erving and Corey Coleman — not a star among them. Most were complete and utter failures. 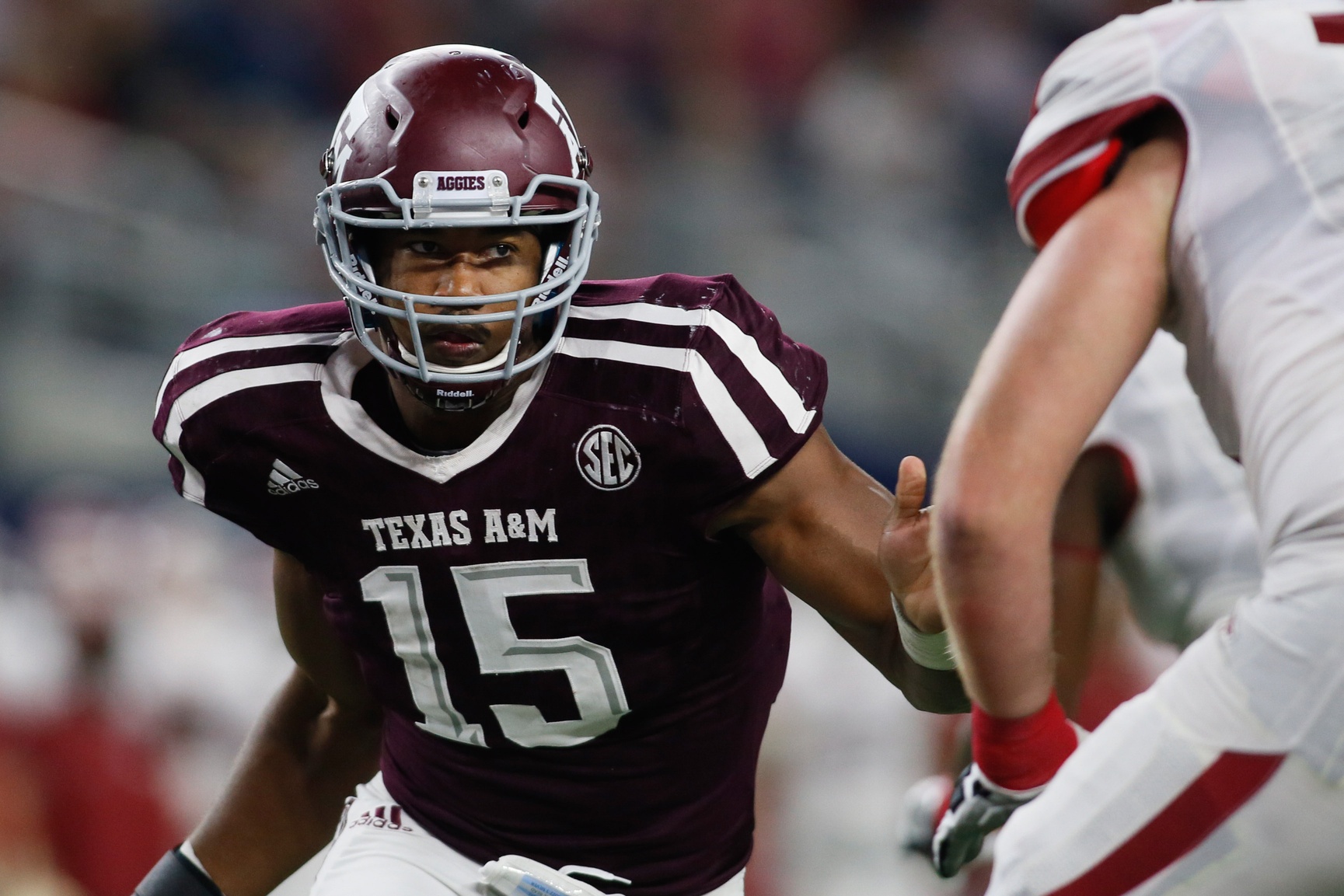 Like Garrett, Richardson was Superman in the SEC. So were Mingo and Manziel, but going to the Browns is like being shackled in kryptonite.

The Yates stunt — apparently, this has become a thing on “NFL Live” — was just that: a stunt. It was made-for-TV harmless fun. The pros typically don’t work that way, though. If Garrett holds out of training camp, he’ll get destroyed. If he doesn’t play well, he’ll get ripped. If he says the wrong thing, he’ll get skewered.

Now’s the time for him to get used to this sort of treatment. Garrett can’t pick and choose who he talks to and what he’ll be asked in a big-boy locker room.

At A&M, he had an army of recent graduates posing as beat writers coming to his defense every time someone dared to critique him. Yes, we know Garrett battled injuries. We know he got double-teamed a lot, as well.

In the NFL, Garrett will be expected to play through injuries and — especially if he ends up going No. 1 — beat double teams. If he’s indeed a once-in-a-decade talent, then he better get a ton of sacks as a rookie, be a Pro Bowler by Year 2 and then All-Pro in Year 3. If he doesn’t, then his list of doubters will be much longer than just McFarland.

You’re not in college anymore, kid. There are no safe spaces on Sunday.