Hassan Diarra had a couple of big plays for the Texas A&M men’s basketball team this past season, including a game-winning 3 in overtime against Florida in the SEC Tournament.

After the season, he was one of a few Aggies who entered their names in the NCAA transfer portal. On Wednesday, he announced his new school.

As you can see below, Diarra took to Twitter to reveal he was heading to the Big East to play for the UConn Huskies in 2022-23: 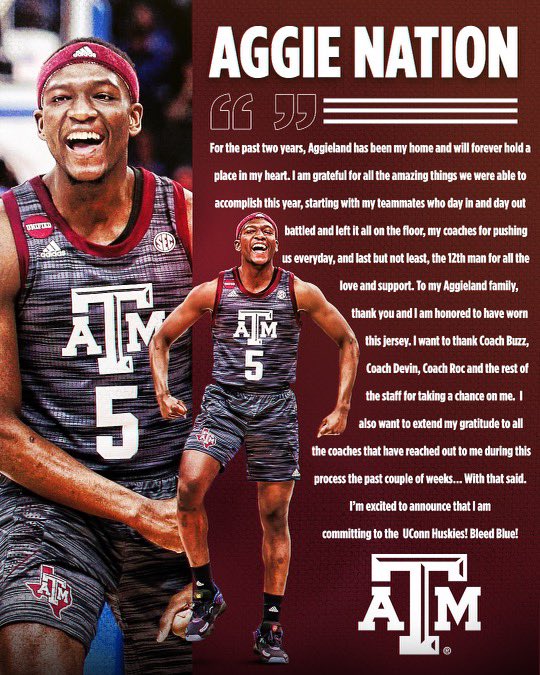 Diarra appeared in 40 games last season for Texas A&M, starting 3 of them. He averaged 6.2 points, 1.8 rebounds and 1.4 assists per contest.

How he fares at UConn remains to be seen, but he’ll try to work his way into the starting lineup for Dan Hurley’s crew.