The Maroon Goons just lost another good player to the NFL as starting center Ryan McCollum’s time in College Station has come to an end.

If you missed the news on Tuesday, Dan Moore Jr., the starting left tackle for the Aggies also announced he was leaving for the NFL.

After five seasons, which ended in this season’s outstanding 9-1 record, McCollum certainly went out on a high note.

McCollum was a member of arguably the best offensive line in the country as Texas A&M was named a finalist for the Joe Moore Award this season.

He started every game at center for the Aggies this season after earning the Texas A&M Offensive Unselfish Leadership Award at the end of the 2019 season.

The Aggies surrendered just seven sacks this season and led the way for a rushing attack that averaged 205.10 yards per game this fall.

Here is the message McCollum shared to announce his decision. 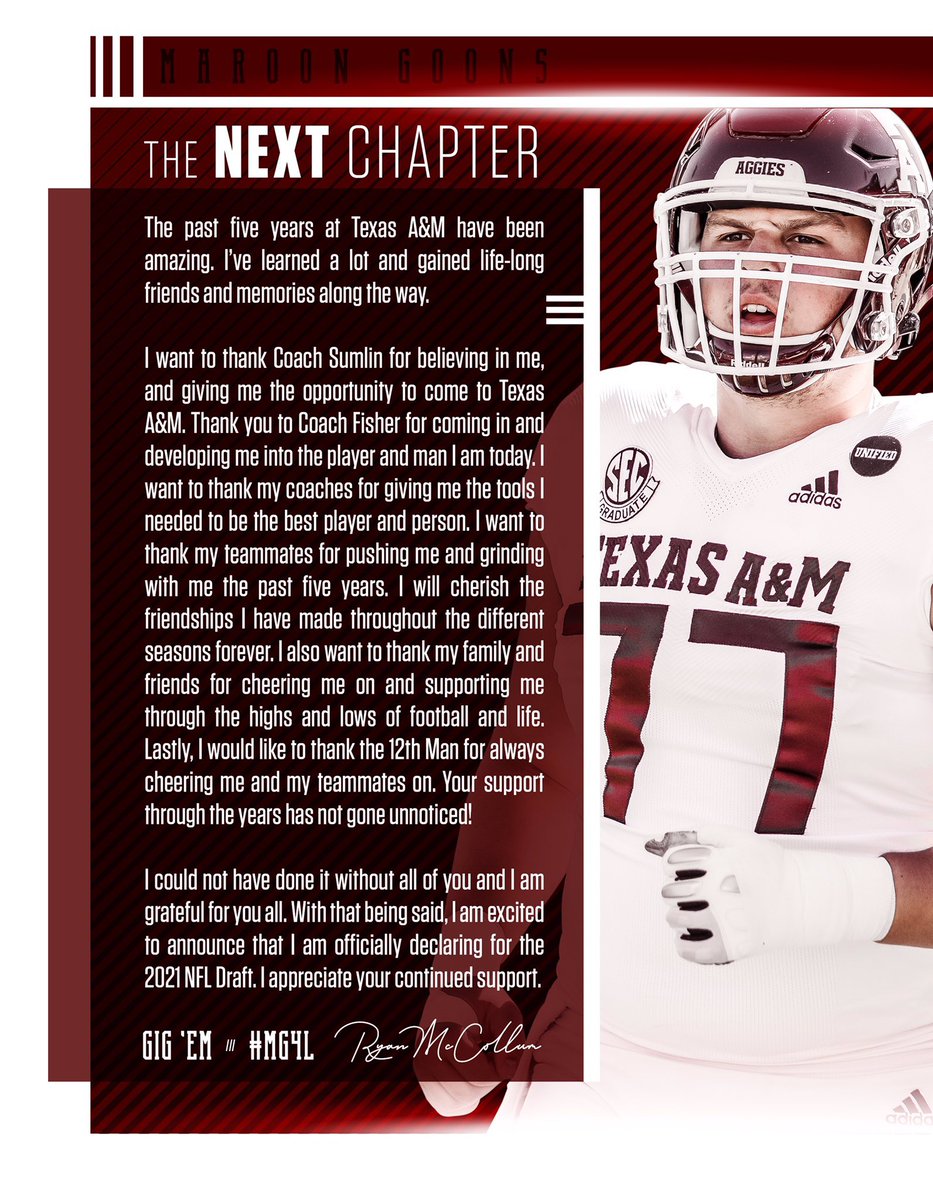