The Texas A&M Aggies are coming off a great 9-1 season that culminated with a win in the Orange Bowl over North Carolina.

Now, several key players are deciding whether to come back for this coming season or enter the 2021 NFL Draft. On Saturday, it was DL Bobby Brown III’s turn to make his decision.

As you can see below, Brown took to Twitter to announce that he’d be entering the NFL Draft, bringing his A&M career to an end: 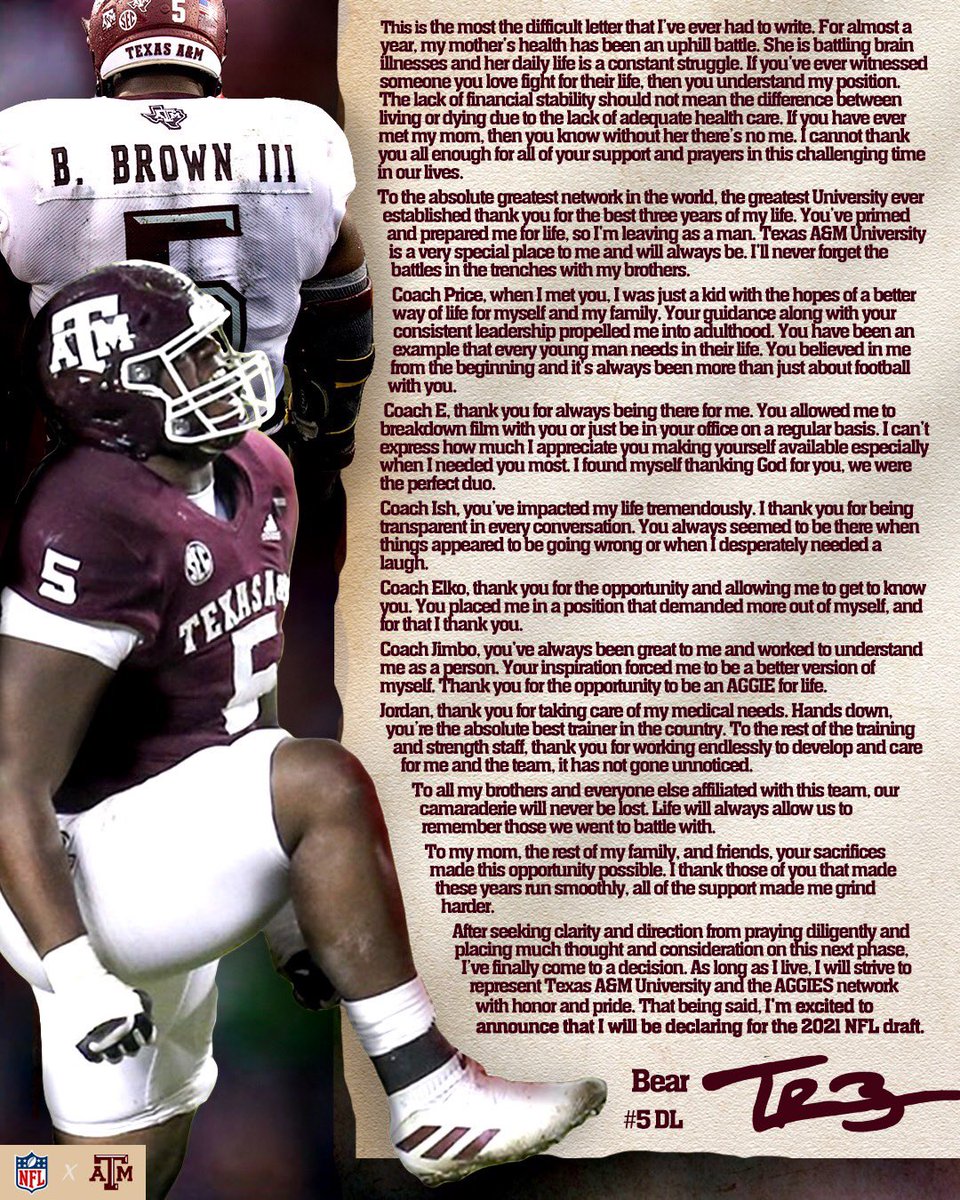 Brown recorded 22 tackles this season, 7.5 for a loss. He had 5.5 sacks as a key member of the Aggies’ pass rush from the interior.

Where will he be drafted in April? We’ll find out soon enough, but he has the potential to play in the NFL for a long time.

TRENDING
17,684 READS
Naming names: Why Tennessee must choose among these 3 candidates for its next head coach
15,318 READS
If he's eligible for Kentucky, Wan'Dale Robinson will be the sport's most impactful non-QB transfer in 2021
12,468 READS
To'o To'o and Gray are leaving, too? Whatever your expectations are for 2021 Tennessee, lower them
LATEST NEWS
View All
10 hours ago
Mike Krzyzewski bristles at question from student reporter following loss to Louisville
10 hours ago
Rick Pitino candidly shares his biggest regrets during his coaching career
11 hours ago
Report: Former SEC player, assistant targeted by Nick Saban to be Alabama's RB coach
12 hours ago
Ed Orgeron to reportedly interview NFL assistant with Louisiana history for DC position
12 hours ago
Matthew Stafford, Detroit Lions reportedly make decision on QB's future
12 hours ago
Miami Dolphins hire new QB coach who has a history coaching Tua Tagovailoa
VIEW MORE