As Jimbo Fisher heads into his third season at the helm of Texas A&M’s football program, expectations are only growing with time.

With an experienced dual-threat quarterback in Kellen Mond leading the way, Aggie fans have a lot to be excited about as Texas A&M opens up the 2020 season by hosting Vanderbilt at Kyle Field on Saturday.

There are still developing competitions at various spots on Texas A&M’s roster, and Jimbo Fisher also loves for players to be able to plug and play several different positions, especially on the defensive end. In his press conference on Monday, Jimbo Fisher stated that not a lot of stock should be put into the depth chart as several players continue to move around.

With that being said, here is the full depth chart for Texas A&M: 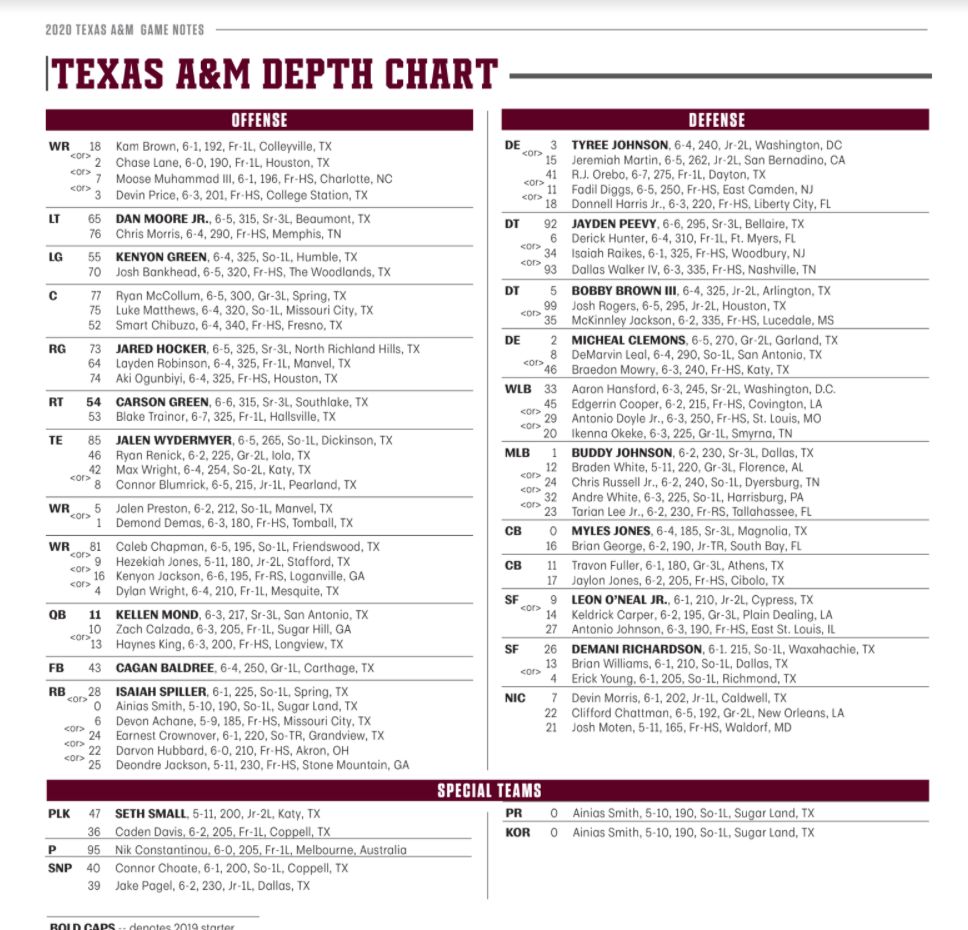