Texas A&M and Texas both finished with outstanding signing classes in the 2020 recruiting cycle but the Aggies wanted everyone to know which class was better.

What’s interesting about the two signing classes from Texas A&M and Texas is that the two programs went about building their classes in completely different ways. The Aggies signed 14 players from outside the Lone State Star, including top 10 prospects from the states of Illinois, Arkansas, New Jersey, Missouri, North Carolina, Mississippi and Louisiana.

Meanwhile, Tom Herman’s program signed one prospect from Arizona and 18 prospects from Texas to round out the latest Longhorn class.

In case you were wondering, the No. 1 prospect from the state of Texas is running back Zach Evans, who remains unsigned following National Signing Day.

By the time the dust settled from the end of National Signing Day, Texas A&M closed with the nation’s No. 6 recruiting class. Texas finished with the No. 9 class.

The Longhorns may have signed more in-state prospects than the Aggies but in the end, the best class in Texas belongs to Jimbo Fisher’s Texas A&M program.

The Aggies shared this graphic showcasing the program’s in-state signees on Friday: 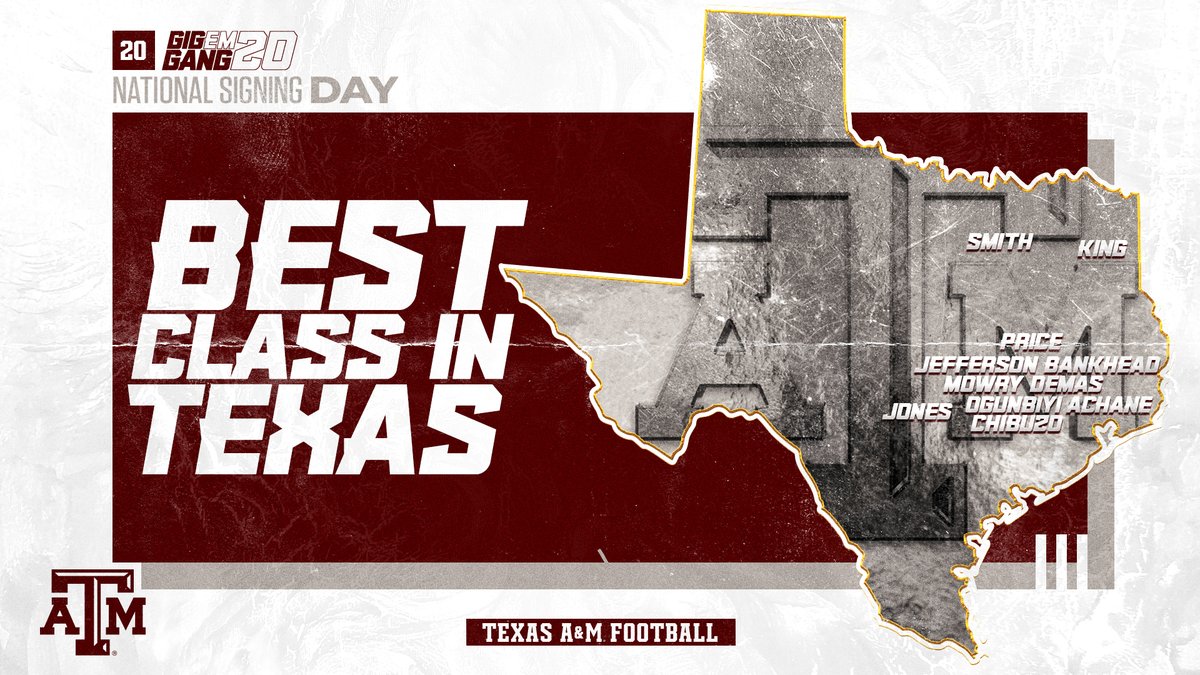 RECENT ARTICLES
TEXAS A&M
Jimbo Fisher recalls the 2018 meeting with LSU, how he feels about Aggies' Playoff ranking
TEXAS A&M
Texas A&M football: The Aggies are in the Playoff race thanks to their best defense since joining the SEC
TEXAS A&M
SEC Network documentary to focus on Texas A&M '12th Man' walk-on tradition
TEXAS A&M
The Athletic's Andy Staples says he 'wouldn't be shocked' if Texas A&M is No. 4 in first CFP rankings
HOMEGATING KIT
FROM