Texas A&M has received a lot of offseason buzz heading into Year 3 of the Jimbo Fisher era. If the Aggies are going to compete for an SEC West title and more, they’ll have to do it without one of Kellen Mond’s top targets.

On Sunday, Texas A&M wide receiver Jhamon Ausbon announced that he is opting out of the 2020 season to prepare for the 2021 NFL Draft. Ausbon shared a note via his Twitter account, noting he plans to complete his coursework to receive his bachelor’s degree this fall: 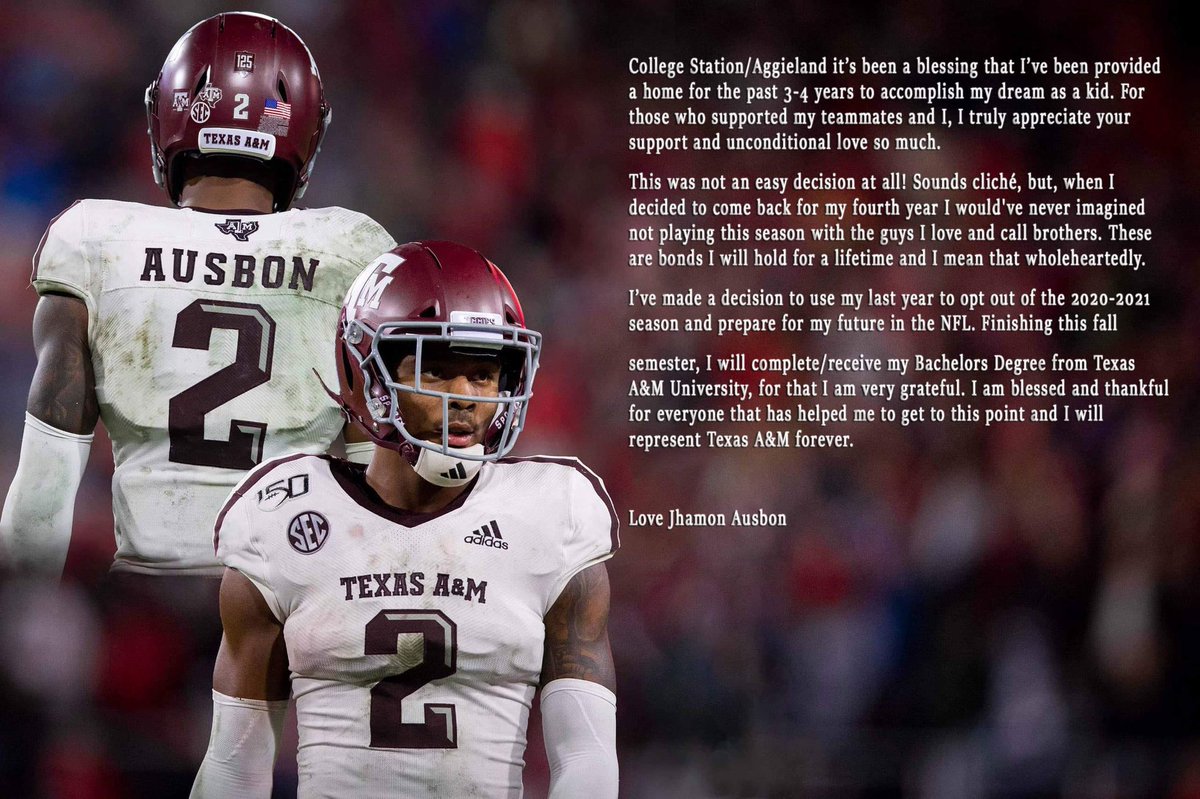 On Thursday, Fisher commented on Ausbon’s absence from practice, noting the wide receiver was still part of the team.

Ausbon started all 13 games last season for Texas A&M. He recorded 66 catches for 872 yards and 5 touchdowns in 2019 as a team captain during his junior year.

TRENDING
1,271,576 READS
First and 10: The truth hurts, but here it is. Tennessee, you will never be elite again
66,680 READS
Even by SEC standards, the fall of Jeremy Pruitt was stunning
38,742 READS
Prevailing thought after Jeremy Pruitt's firing: It was supposed to be different this time ...
LATEST NEWS
View All
13 minutes ago
Happy Meal special: Dan Patrick shares information he's received regarding Tennessee's recruiting violations
15 minutes ago
Clark Lea reportedly set to hire NFL assistant to serve as Vanderbilt's defensive coordinator
38 minutes ago
Who should the Vols hire? Chris Doering shares the 'perfect guy for Tennessee'
56 minutes ago
Tennessee fans paint The Rock to show support for their preferred coaching candidate
1 hour ago
The 'SEC Shorts' crew hand out final grades to each SEC team for the 2020 season
2 hours ago
Senior Bowl loaded with SEC QBs as Mac Jones officially accepts invitation to the event
VIEW MORE