The Tennessee Volunteers got some great news on Wednesday night, as it was revealed that talented OL Cade Mays had been cleared to play by the SEC.

Many fans will wonder why he wasn’t cleared ahead of last week’s season-opening win against South Carolina, but it’s better late than never.

After the news broke, Mays took to Twitter to thank a number of people for fighting for his right to play this season: 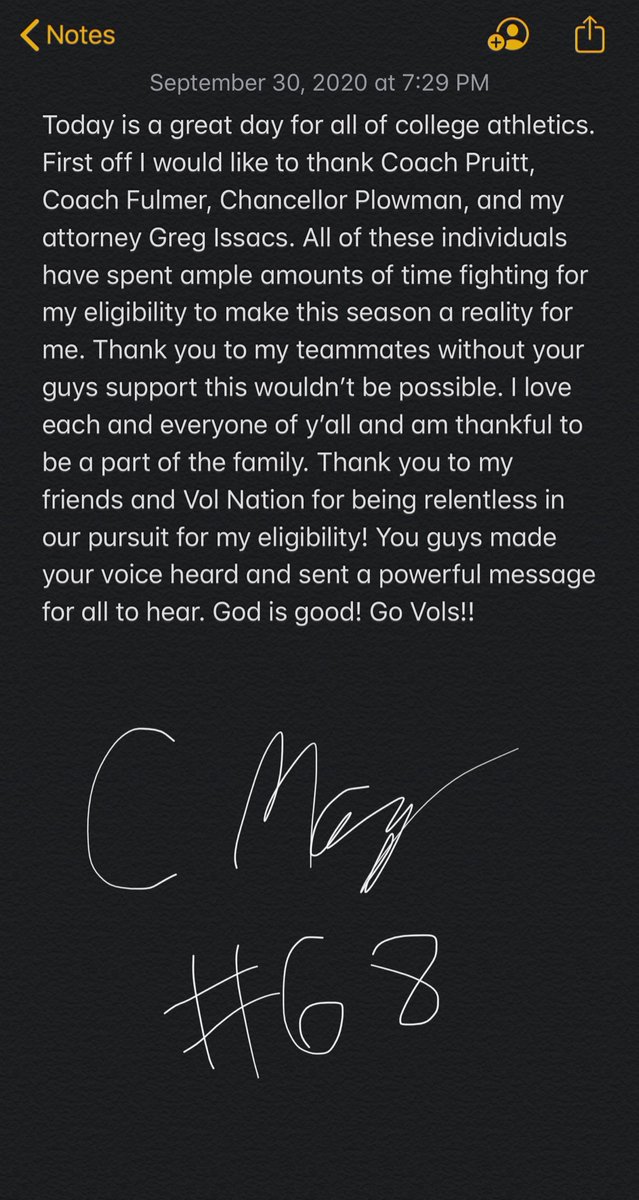 Now, we’ll get to see him alongside fellow Tennessee OL Trey Smith, forming one of the league’s top offensive line tandems.

How much will he play against Mizzou on Saturday? We’ll find out soon enough.