When Tennessee coach Butch Jones remarked that the Volunteers’ seniors were “champions of life” everyone knew that the memes and the jokes would come from rival fans and snarky media members.

One might expect an official SEC operation to avoid ribbing the UT coach, but it appears that the social media folks at the SEC Network couldn’t resist. The network’s Twitter account tweeted a photo with a Christmas wishlist from SEC East mascots and coaches.

We think you know what’s coming: 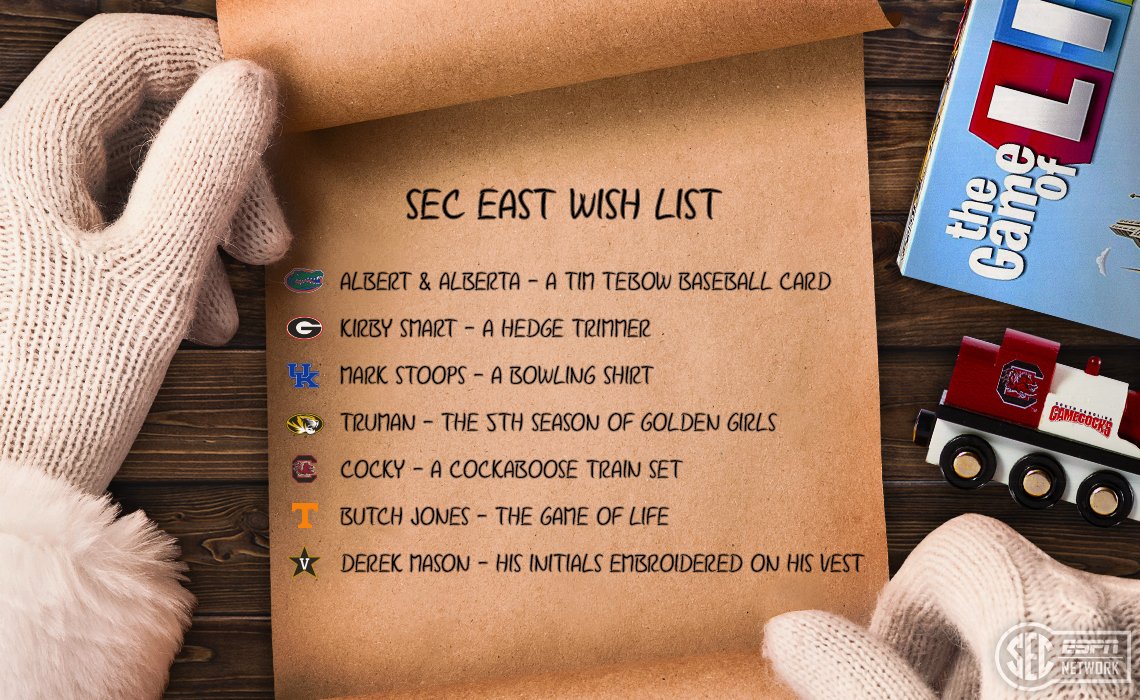 It’s not clear why Jim McElwain, Barry Odom and Will Muschamp left their teams’ wish lists up to their mascots.