Former Vols running back Jabari Davis fired off a string of tweets over the weekend detailing his experience at Neyland Stadium during Tennessee’s game against Arkansas. He’s not happy with the way former players are being treated on the sideline and voiced his opinion on social media. 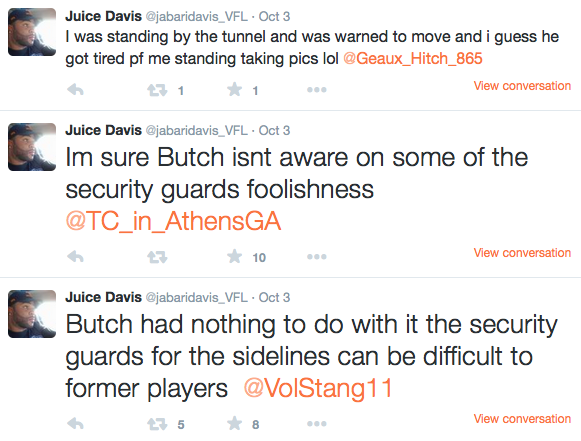