Jalen Hurd quitting Tennessee is everything wrong with college football

Damn you, Jalen Hurd. You have given me yet another reason to despise this entire generation of college football players.

Butch Jones confirmed that Tennessee’s 6-foot-4, 240-pound running back is leaving the program as soon as possible. Apparently, he’s unhappy with his role in the offense. He intends to transfer and switch positions.

The Volunteers, who have fallen from 5-0 and No. 9 in the country to 5-3 and out of the polls, are coming off a shocking loss at South Carolina. Even with fellow ball carrier Alvin Kamara — he’s looked like the better back lately — out of the lineup, Hurd only rushed 8 times for 16 yards and a touchdown.

What was supposed to be a dream season for UT has quickly turned into a nightmare. And Jones hasn’t even woken up yet.

Apparently, Hurd is upset that the Vols continue to run a spread-based system and haven’t featured him in more traditional I-formation sets. His enviable size makes him hard to handle between the tackles for any defense.

So in typical millennial fashion, Hurd decided to turn his back on the other 84 scholarship players in his locker room and do what’s best for him. The fact that the entire offense wasn’t completely redesigned to take advantage of his specific skill set — no matter the fit — means he’s taking his ball and going home.

Tennessee fans, this should be your reaction: good riddance. Rocky Top will never be “home sweet home” to Hurd.

“Epidemic” is no longer a strong enough word when discussing the amount of transfers we’re seeing among players. It’s so much worse. “Plague” is better. The enabling and entitlement have reached unprecedented heights (lows?). 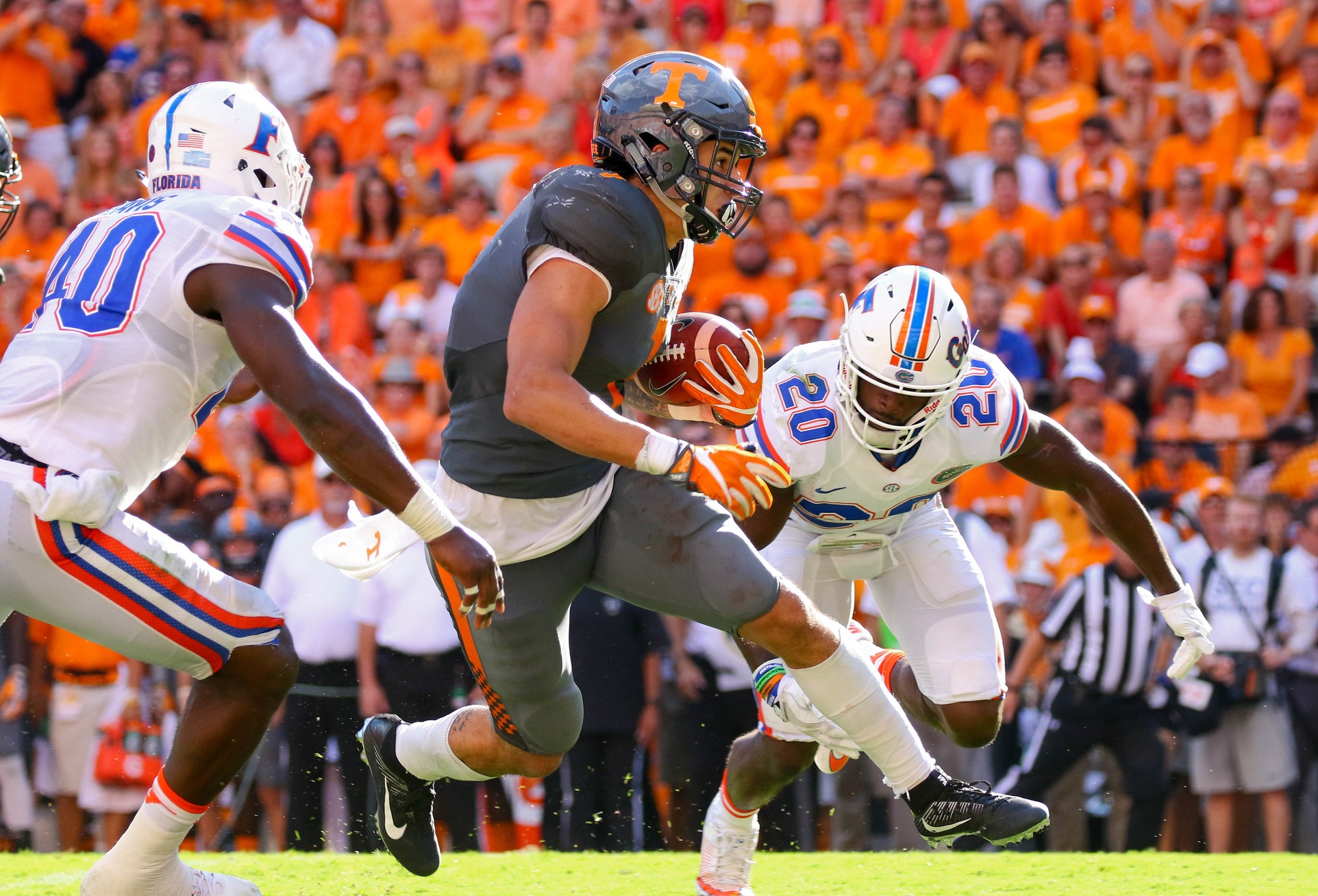 It used to be that transfers happened during the offseason. Now, kids are bailing right in the middle of the schedule. Former Alabama quarterback Blake Barnett — coach Nick Saban’s starter for Week 1 — couldn’t handle losing his job to Jalen Hurts. Just a rolled ankle away from playing again, he bailed instead.

It’s apropos that this is happening on Halloween. Hurd is acting like a trick-or-treater who got raisins instead of candy.

Clearly, Hurd has been told by too many people in his inner circle that the pigskin world revolves around him. Family. Friends. High school coaches. Recruiting sites. Street agents. This is what the slippery slope looks like.

Hurd is currently 18th in the SEC in rushing yards. He has a lone 100-yard game — against Appalachian State, no less. He’s averaging an anemic 3.7 yards per carry. Four quarterbacks in the conference have more touchdowns on the ground than he does. Since he was a 1,288-yard guy last year, surely it can’t be his fault.

Yes, Joshua Dobbs has been disappointing at QB. The offensive line has been porous, too. The scheme isn’t bulletproof, either.

However, maybe it wouldn’t be a bad idea for Hurd to look in the mirror every once in a while, and not just to see how badass he looks chewing on that mouthpiece with the fangs. He deserves some of the blame.

Coming into 2016, Hurd was mentioned in the same breath as LSU’s Leonard Fournette and Georgia’s Nick Chubb — this was supposed to be the Year of the Running Back, after all. The truth is he’s nowhere near the same level of natural talent. Fournette and Chubb have had their struggles, too. Neither quit, though.

The Volunteers have teeter-tottered as violently as any team in the country these past few weeks. It’s been dizzying.

Jones and Co. were most everyone’s pick to capture the East and play in the league championship game come December. If things broke their way, they had a chance to crash the College Football Playoff party in January. 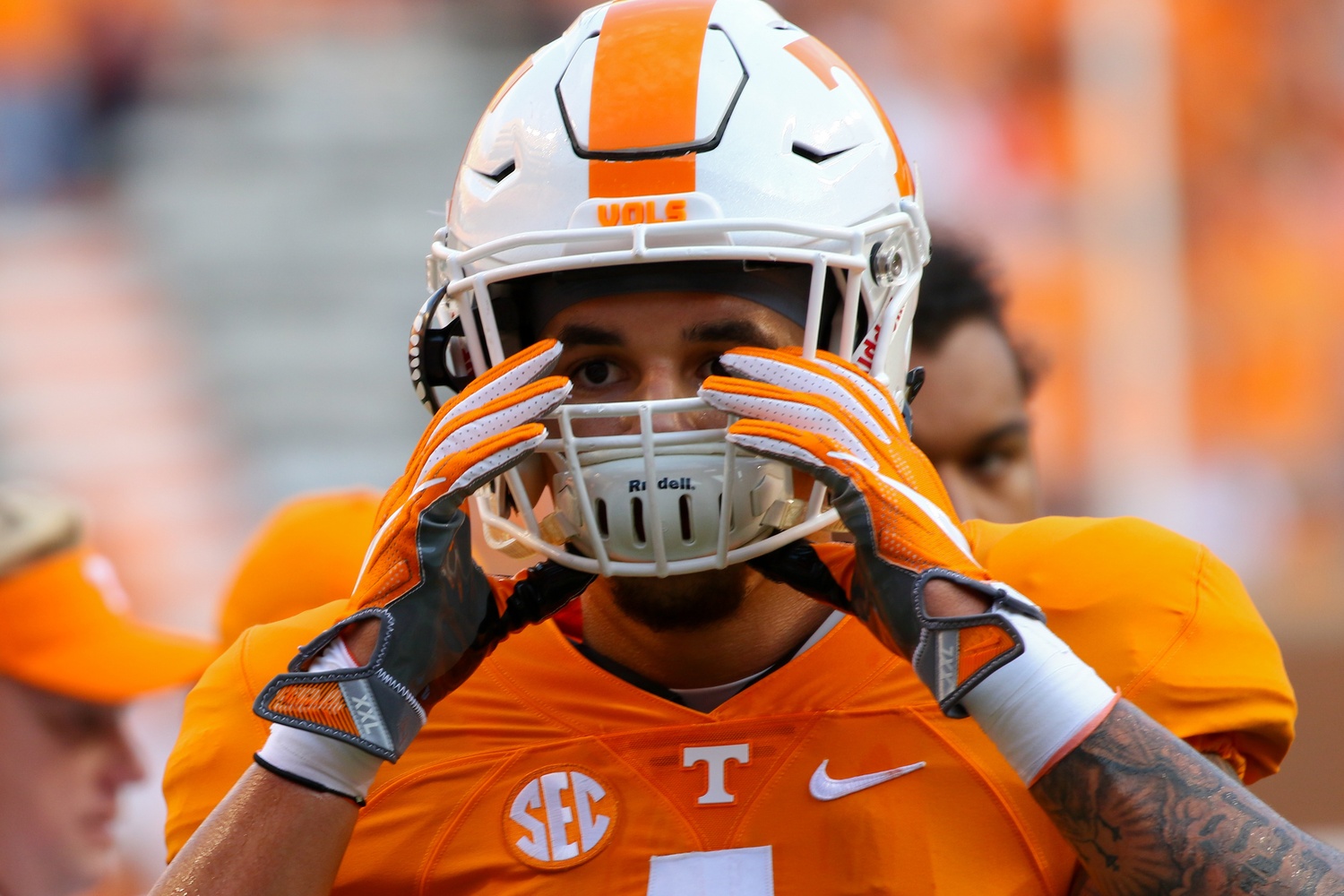 A heartbreaking overtime loss at Texas A&M was followed by a humbling beatdown at home by ‘Bama. Both losses were understandable, especially after surviving epic battles with Florida and Georgia the previous two weeks. But this past Saturday’s stunner to the Gamecocks — following a bye, remember — was a head scratcher.

You learn more about a young man’s character in defeat than you do in victory. We learned that Hurd is a quitter.

He doesn’t want to win. He wants to be the focal point of the offense so he can ball out every Saturday. Hurd was surely the stud from Pop Warner through high school, so it’s probably beneath him to just be a cog in the wheel.

I have no doubt that we’ll hear all kinds of reasonable explanations from Hurd and his camp once this is made official. I can’t wait to see if he’ll go the Maurice Smith route — “Georgia has a much better Public Health department than Alabama, Commissioner” — and claim that academics played a part in the decision.

As a father of two young children, a 3-year-old boy and a 1-year-old girl, it makes me cringe to see stories like this.

But this isn’t about me. This is about a generational disease. Instead of Hurd working harder to be the best back he can be for Tennessee, he’d rather go try to play tight end for somebody else. All he needs is another coach — they’ll be lining up, believe me — willing to stroke his precious ego in all the places Jones wouldn’t.

Cliché machines like Jones always say that no one player is bigger than the team. He should be happy to help Hurd pack his bags.