If the former Tennessee quarterback has got some free time on his upcoming birthday, ESPN is making sure he’ll have something interesting to watch as the network has announced it plans to run a marathon of Manning content starting at 7 p.m. ET on ESPN2.

The event will be hosted by ESPN’s Trey Wingo.

If you have never seen the “SEC Storied: The Book of Manning” documentary, it’s an outstanding movie focused on the Manning family that begins with Archie Manning’s humble beginnings and his success at Ole Miss before playing for the New Orleans Saints and raising Cooper, Peyton and Eli with his wife, Olivia.

Here’s a rundown of all the Manning content ESPN has selected to run on Peyton’s 44th birthday on Tuesday: 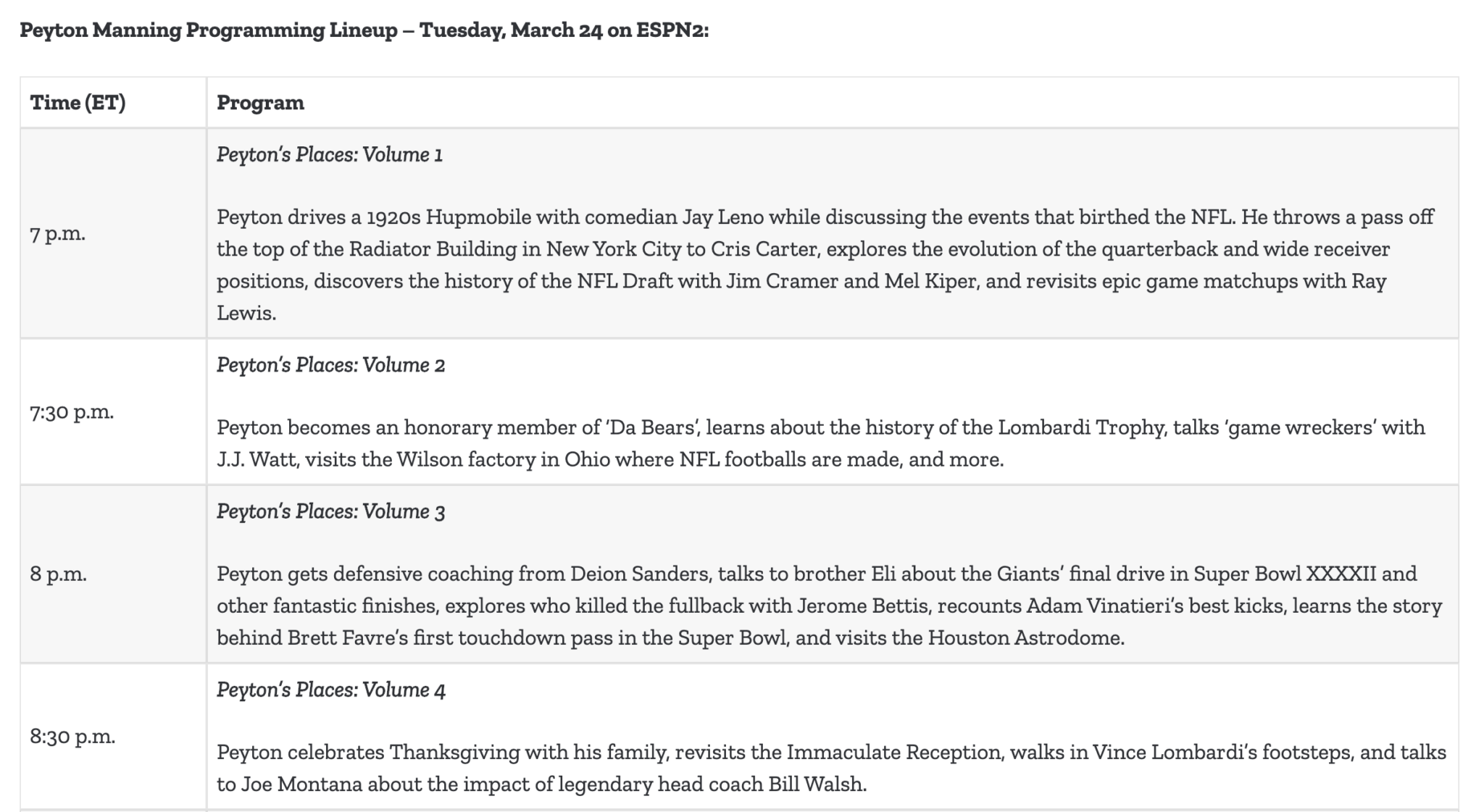