One of the most bizarre chapters in the history of Tennessee athletics, and that’s really saying something when you think about it, has finally come to an end.

Tennessee announced it has reached a settlement with former athletic director John Currie on Thursday. Less than a year after initially hiring Currie — his hire came on Feb. 28, 2017, the school saw fit to remove him from his position and replace him with Phillip Fulmer on Dec. 1, 2017. Tennessee believed it had cause for his dismissal, while Currie disagreed and was planning legal action against the school.

However, those plans are now over, as the two have reached an agreement that will pay Currie $2.5 million.

Here’s the school’s official statement, which was posted to Twitter by Ralph Russo of the AP: 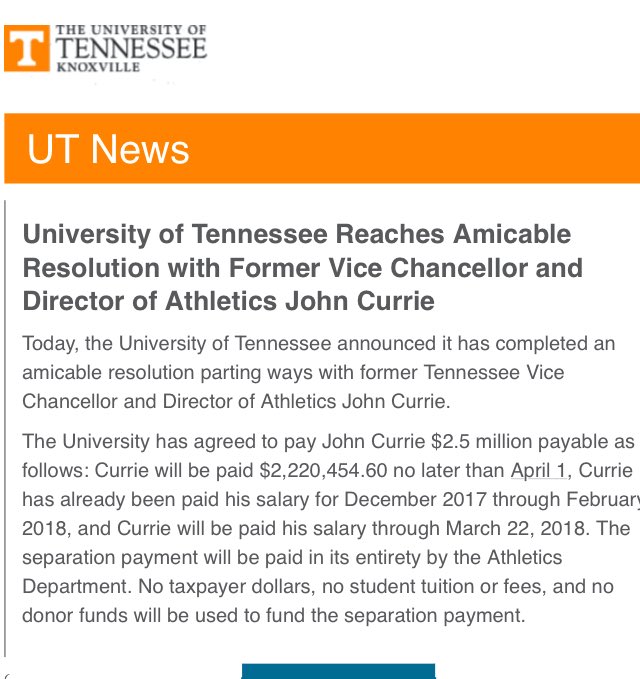