Tennessee senior receiver Velus Jones Jr. announces he will return for another season

Big news for Tennessee’s offense on Monday as senior receiver Velus Jones Jr. has just announced he will return to Rocky Top for one more season.

After serving mostly as a kick returner specialist for much of the season, Jones’ production took off late in the season when Harrison Bailey and JT Shrout started to play quarterback.

Jones had a total of 280 receiving yards on the season but 195 yards of that production came against Florida and Vanderbilt, two of the final three games of the season for Tennessee. The senior also scored all three of his receiving touchdowns in those two games.

An offseason graduate transfer from USC, Jones is a Mobile, Ala., native. He previously played for Tee Martin at USC and now may have the opportunity to do so for one final season, provided Martin returns to Rocky Top in 2021.

Jones is allowed to return for another season after the NCAA made the decision to give all players the option to take a free season of eligibility. Returning seniors do not count against the 85-man scholarship limit.

In addition to his receiving production, Jones registered 398 kick return yards for the Vols this season. Jones currently has 2,345 total return yards and one touchdown returning kicks in college.

Here is the statement Jones released on Monday: 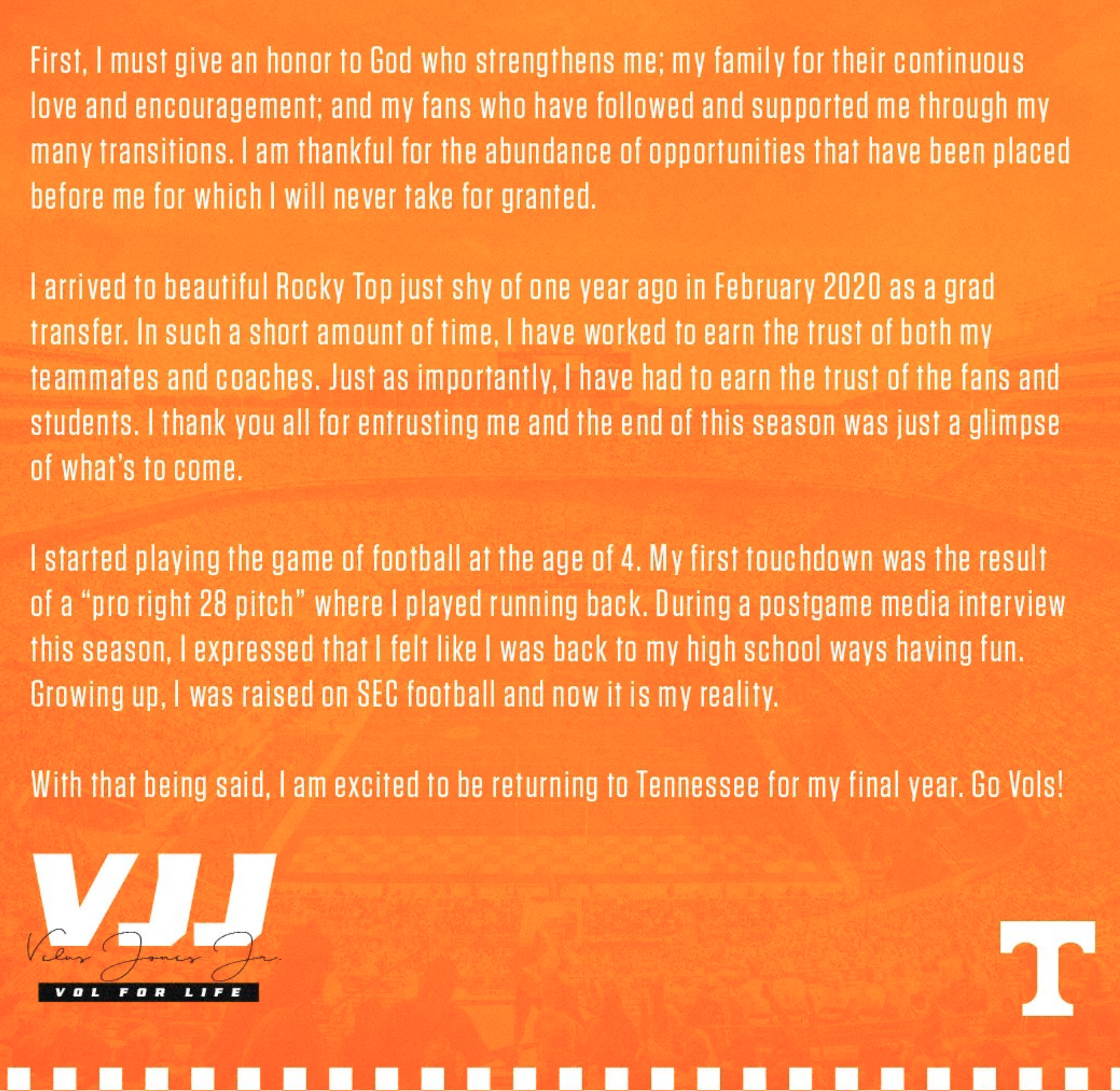