The Rock has spoken.

Tennessee is back on the market searching for a head coach following the school’s decision to fire Jeremy Pruitt this week and the speculation in Knoxville is running rampant regarding the next leader of the once-proud football program.

Complicating matters on Rocky Top, Tennessee AD Phillip Fulmer — who hand-picked Pruitt to lead the Volunteers — is retiring to give way to new leadership and a new vision in Knoxville when it comes to the athletic program’s direction.

While Tennessee doesn’t have to hire a new athletic director before hiring a new football coach, that would make the most sense. Then again, we are talking about Tennessee, a place where logical decisions aren’t a given.

The former Ole Miss coach was run out in Oxford for similar accusations as the ones now facing Pruitt in Knoxville, making his hire seem very unlikely, but that isn’t going to stop Tennessee fans from dreaming.

Check out the latest painting of The Rock on Tennessee’s campus, taken on Tuesday morning (Jan. 19, 2021): 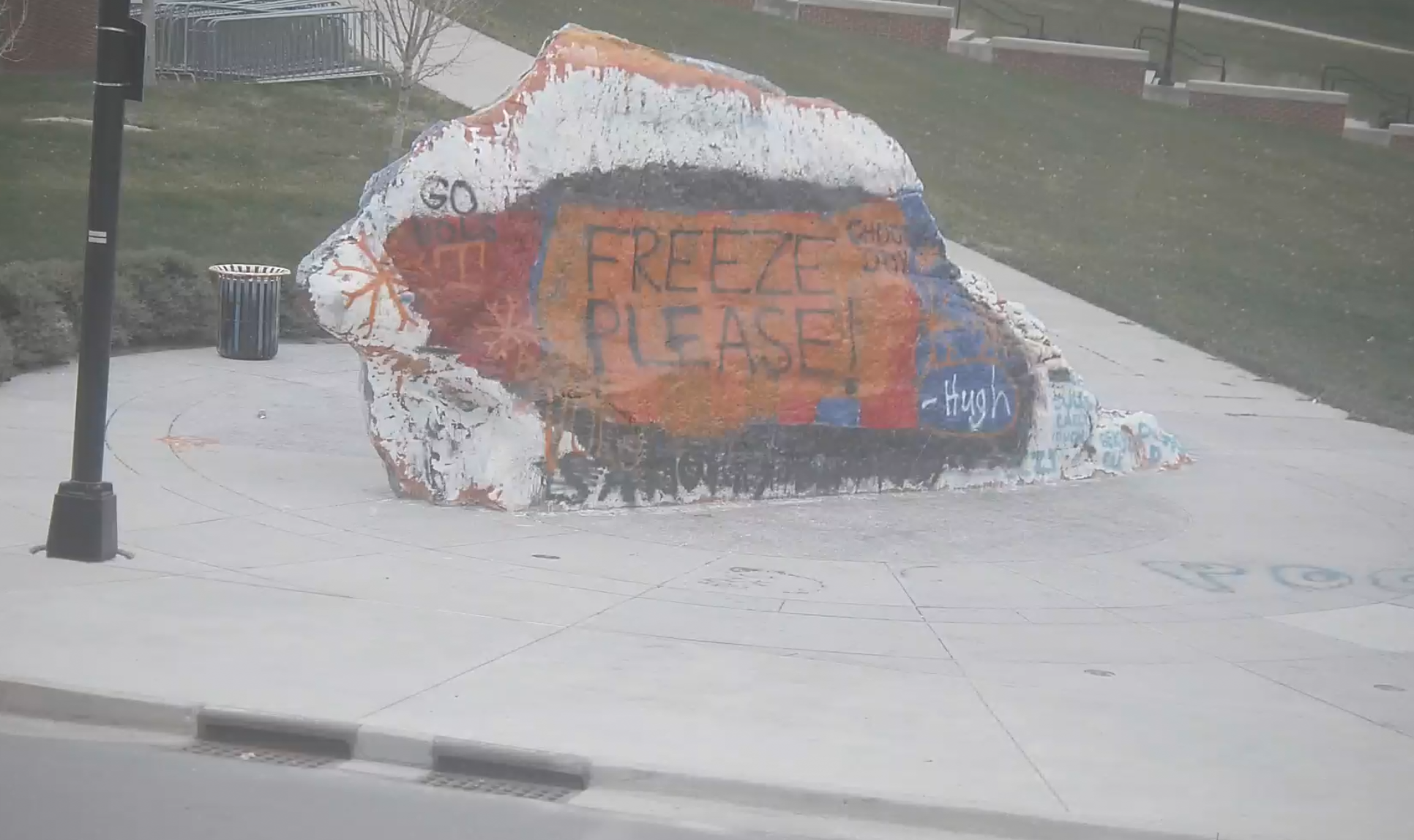